Skip to main content
You are here:
Home Discover our stories and collections Museum blog The papers of Admiral William Cornwallis (1744–1819)

The Caird Library’s display case has a new display showcasing some of the collection of personal papers of Admiral William Cornwallis. 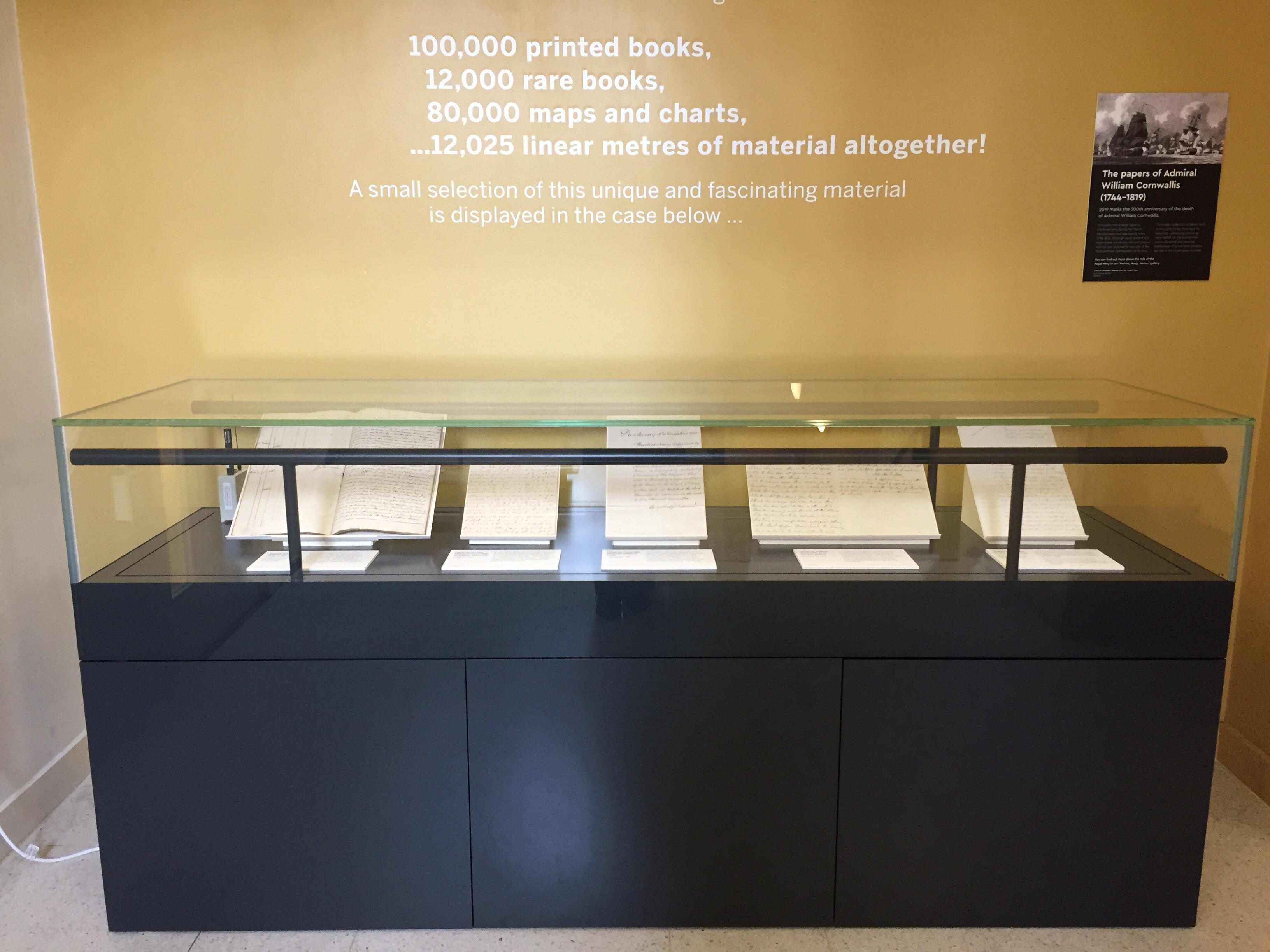 2019 marks the bicentenary of the death of Admiral William Cornwallis.

As a major figure in the Royal Navy’s actions in the Napoleonic wars and instrumental in the execution of campaigns such as the Blockade of Brest, it is perhaps surprising that Cornwallis did not gain the lasting fame of his contemporaries such as Nelson. This may be in part due to circumstances which prevented his being present at a major battle, however, his resolve, skill and rapport with his men ensured he was one of the most-admired Naval leaders of his time.

Cornwallis’s collection of papers held in the Caird Library have recently been fully catalogued, revealing more details on the seamanship, professional and personal relationships of a man who played a key role in the Royal Navy’s success.

The first item on display is the earliest relating to Cornwallis in the collection, which records his experiences as a 15 year-old midshipman aboard the Dunkirk.

As well as documenting the everyday business of the voyage, Cornwallis describes in detail the ship’s involvement in the Battle of Quiberon Bay, where the Royal and French Naval forces engaged off the coast of France near St. Nazaire on the 21st November 1759. In the pages shown in the display, Cornwallis describes the battle. 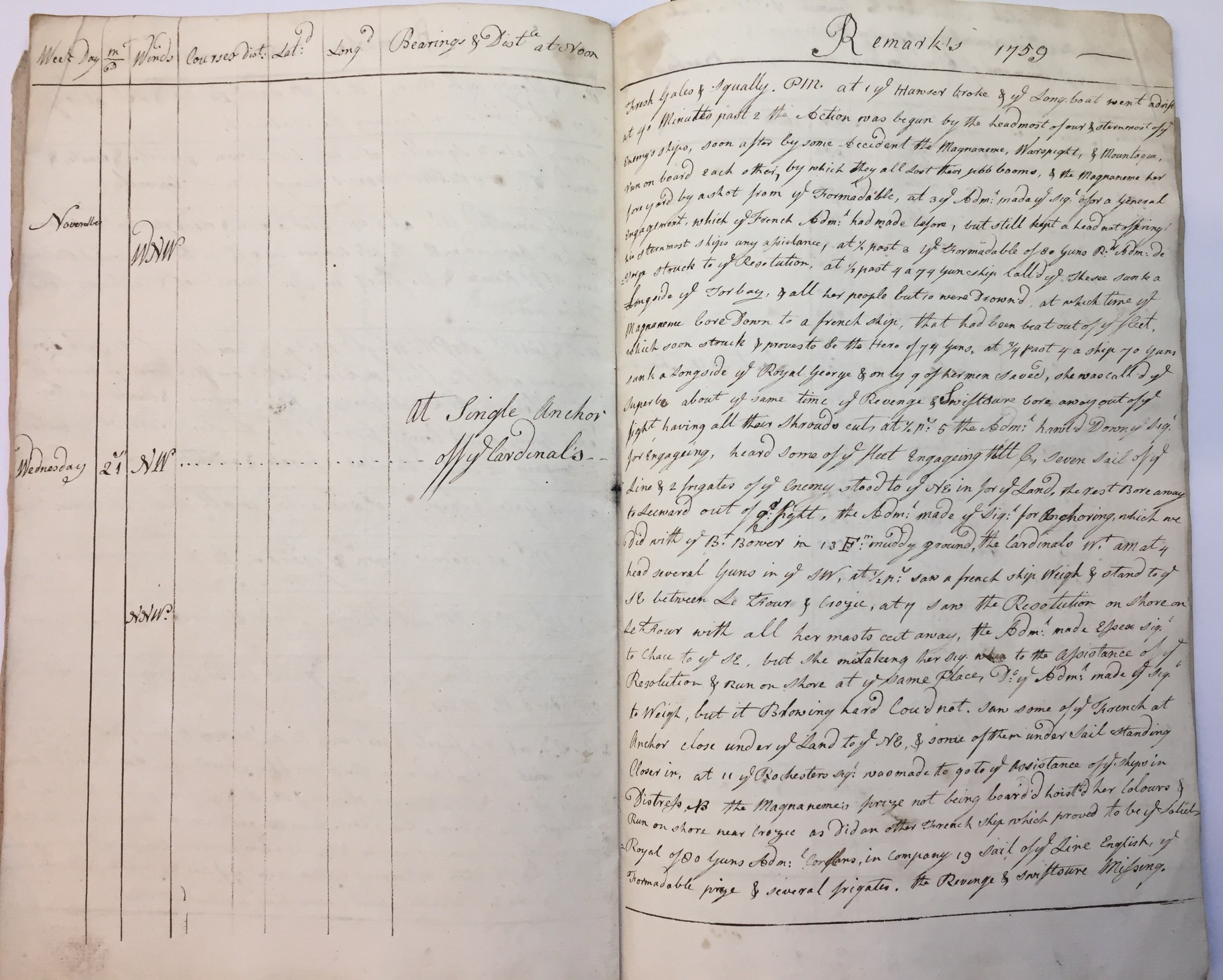 Cornwallis was a contemporary of Admiral Horatio Nelson. Meeting in Jamaica in 1779, the two men shared a zeal for tactical fleet action and high levels of professionalism, attributes which ensured their friendship lasted until Nelson’s death in 1805.

Their surviving correspondence can best be described as warm but often frank. In a letter included in the display, written by Nelson to Cornwallis from the British Naval post in Antigua in 1784, Nelson describes his dislike of his posting and describes most of his colleagues as ‘ignoramus’. 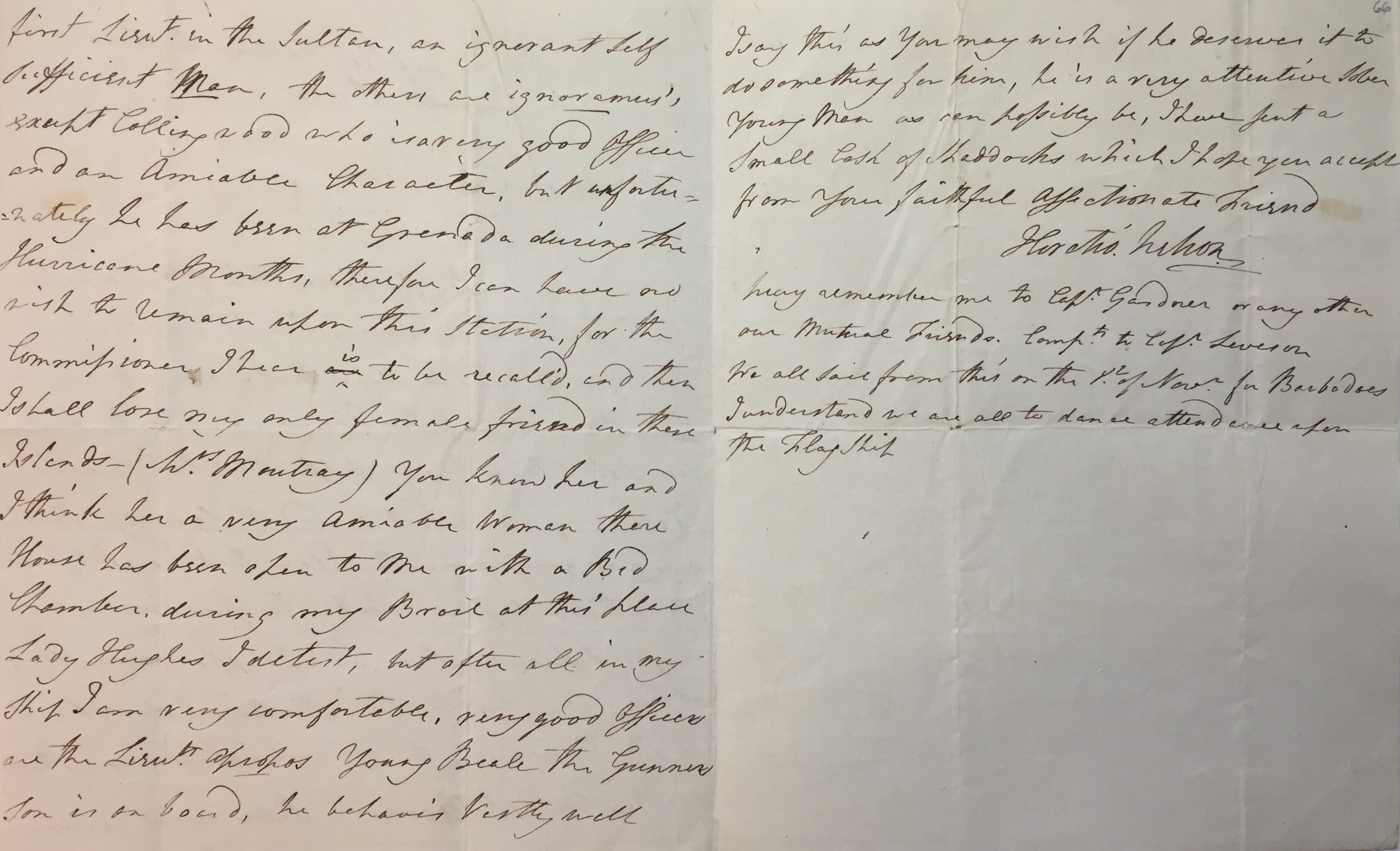 Cornwallis rose steadily through the ranks of the Royal Navy, reaching his peak command by the early 1800s when he was appointed Admiral of the Channel Fleet. One of his first duties was masterminding the Blockade of the port of Brest. Brest was a key base for the French Atlantic Fleet. A blockade of the port was crucial in cutting off the supply lines of Napoleon’s Naval force and ensuring that they remained unable to launch an invasion of Britain.

Included in the display are the original orders received by Cornwallis from the Admiralty which instruct him to proceed to France for ‘the purpose of intercepting and detaining any French or Dutch ships or vessels which may attempt to enter or sail from Brest’. 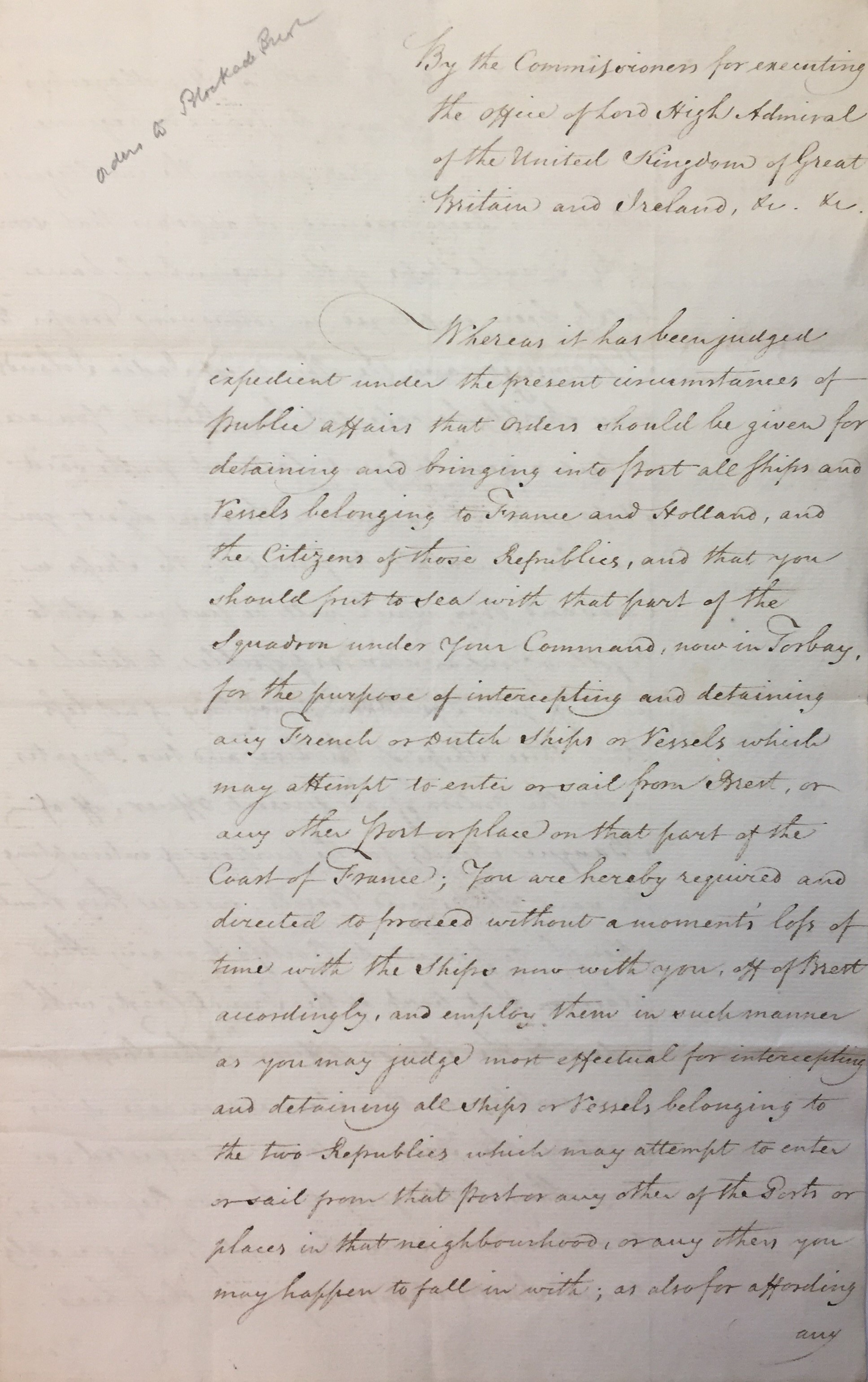 Notice from the Admiralty for Cornwallis to proceed to Brest (RMG ID: COR/54/1)

You can find out more about the role of the Royal Navy in our ‘Nelson, Navy, Nation’ gallery.

The papers of Admiral William Cornwallis will be on display until mid-December 2019.

The demography of the Victorian Navy