Skip to main content
You are here:
Home Discover our stories and collections Museum blog The Seaman: The Official Organ of the National Union of Seamen

The Seaman: The Official Organ of the National Union of Seamen

My dad is a diehard Union man and in his working life, was heavily involved in negotiations for better contracts for civic employees. Our family heard a lot about the discussions and the delicate balance of arguing for fair recompense and the importance of the union for the ‘working man’. In the case of the Mercantile Marine, the journal collection at the National Maritime Museum holds numerous copies of ‘The Seaman’ although the early copies have distinct titles. This publication records the activities and decisions surrounding the Merchant Navy and its workforce. 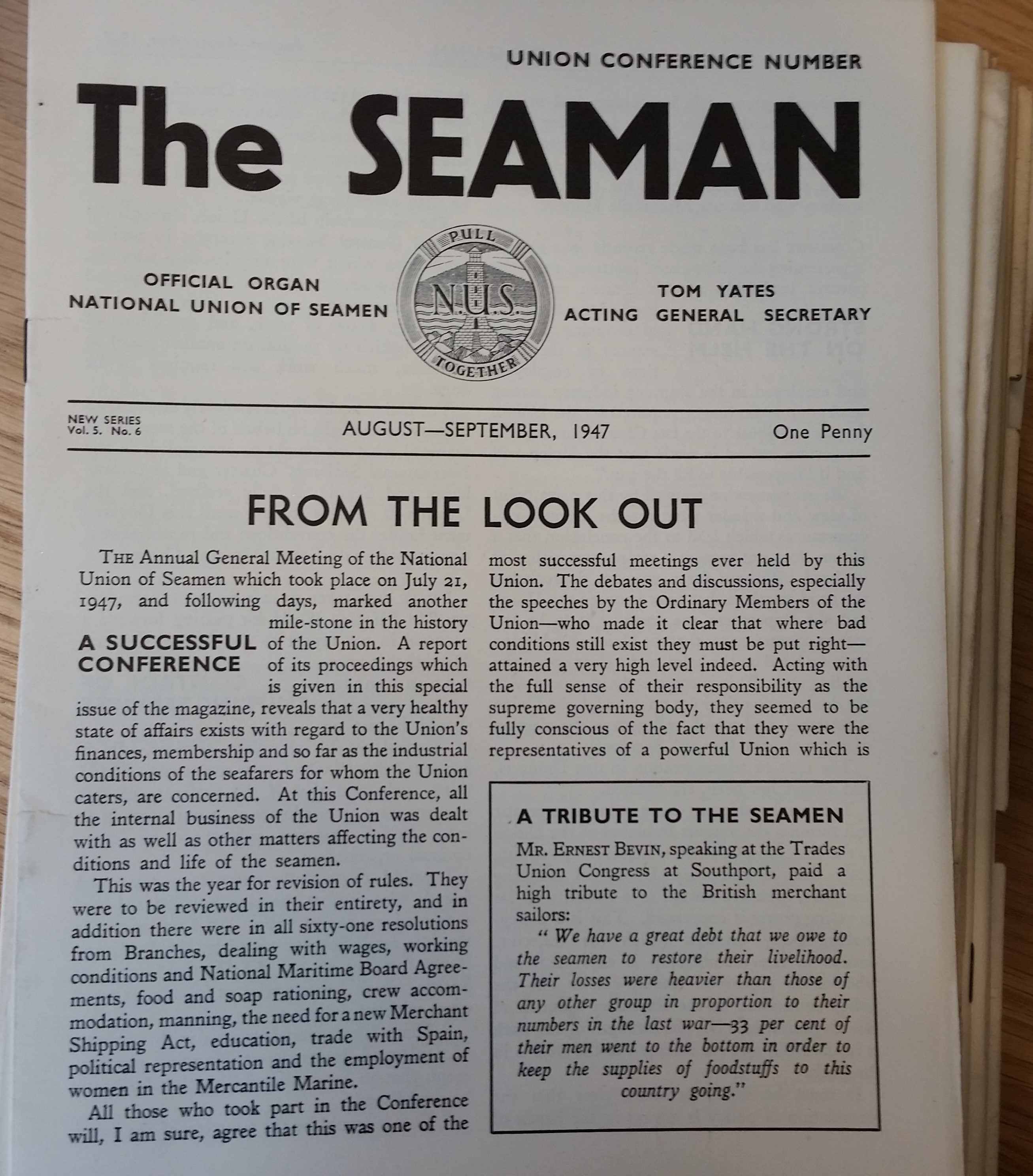 A quick look inside some of the issues reveals great stories and highlights events that were happening in the industry.

The front page of the only 1931 issue that the museum holds is an ‘Open Letter’ from the Minority Movement to the publishers of this magazine, essentially a tirade against the employment of Arabs over British (white) seamen:

'Let me say now: we have no quarrel with British Arabs, but we think that they should not have preference over white Britishers.'

In today’s world, this tone would be considered as shocking language, but I’m sure that even in 1931 some members of the British public would have argued against how this message was portrayed. 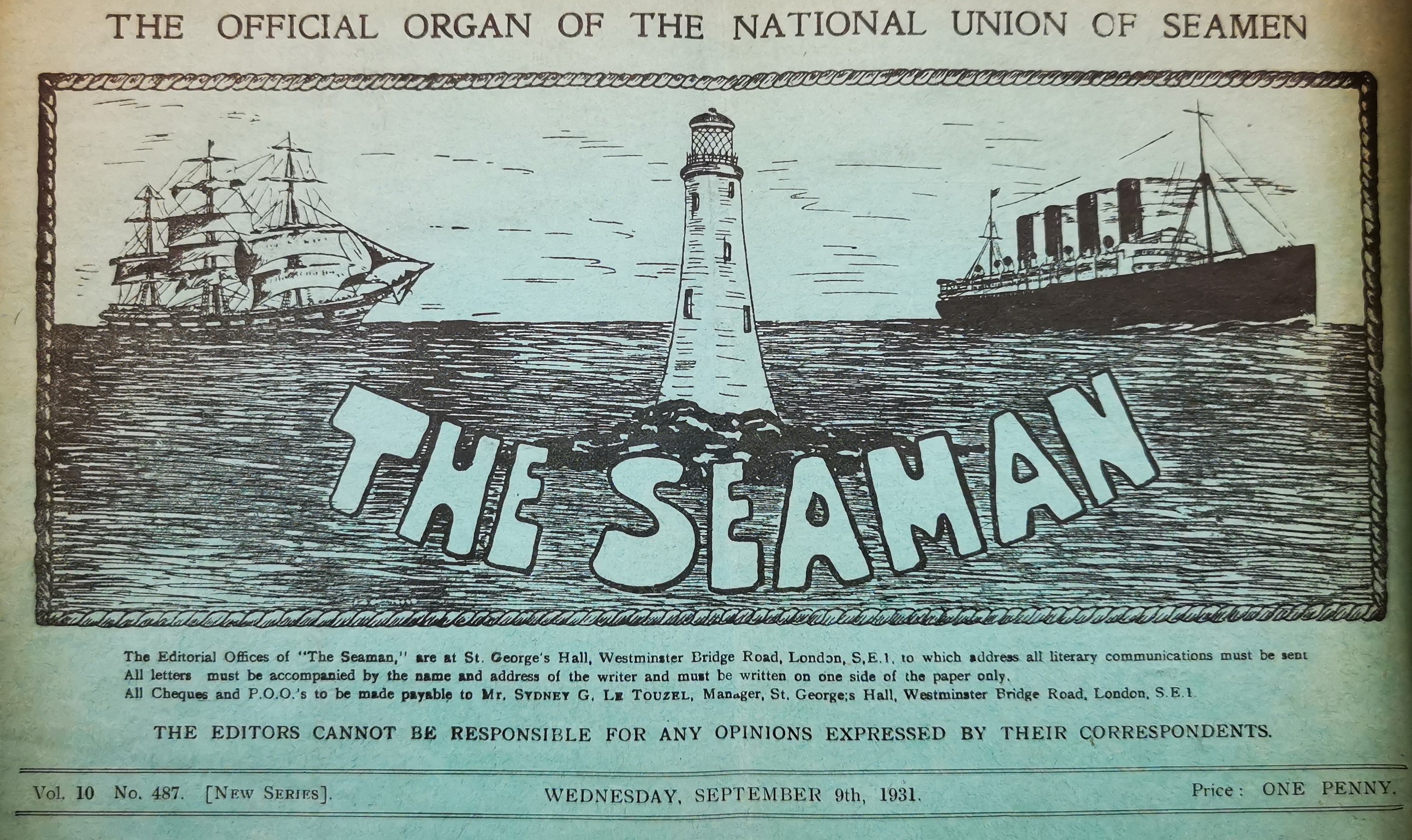 Front page from the September 1931 issue

The column titled: the Notice Board, (only found in the 1931 issue) is a column of notices looking for ‘missing seamen’; one which is quite poignant:

'Having not heard from George William Demeleeks for four years, his little daughter is anxious to find him. Now staying at Mrs. Cunliff’s [address]. Mother is dead.'

(The museum’s copies start with this single issue in 1931, a single issue for 1940 and a more comprehensive collection from 1943.)

The November/December 1943 issue has some interesting article titles: ‘Jail or the Merchant Navy?’; ‘What the Disabled Seaman Should Know’; Letters from Home (how to properly address a letter from/to home) ‘Footwear Repairs’ and ‘Overtime Rates Increased’. Also a mention in the magazine that ‘A Crew Mail Section has now been set up by the Ministry of War Transport’.

In the January 1944 section called Notes and News About the Union, there are small paragraphs highlighting specific men and their Awards for Gallantry during the Second World War.  In the February/March 1944 issue, an article reports:

'Nominations have been in progress with the Ministry of War Transport […] enabling prisoners of war to take the Ministry’s examination for Certificates of Competency as Master, Mate, or Engineer in the Merchant Navy. It has now been decided that certain written parts of the examinations may be held at the Prisoner of War Camps in Germany.'

Reported in the December 1953 issue, the Union was successful in negotiating a 30s [shilling] wage increase per month for all adult ratings in the Merchant Navy with a corresponding increase for boys, petty officers and higher ranking officers. There is a spread of two pages that details out the ‘New Rates of Pay for Seamen’.

According to the May-June 1947 issue, the editor writes a tribute piece for Bro. Charles Jarman who was the Acting General Secretary of the National Union of Seamen for 1915 until his death in 1947.  This article also mentions that Bro. Jarman was 'recently appointed a Trustee of the National Maritime Museum by the Treasury.' He was also a 'Governor on the Board of the Greenwich Seamen’s Hospital Society.' 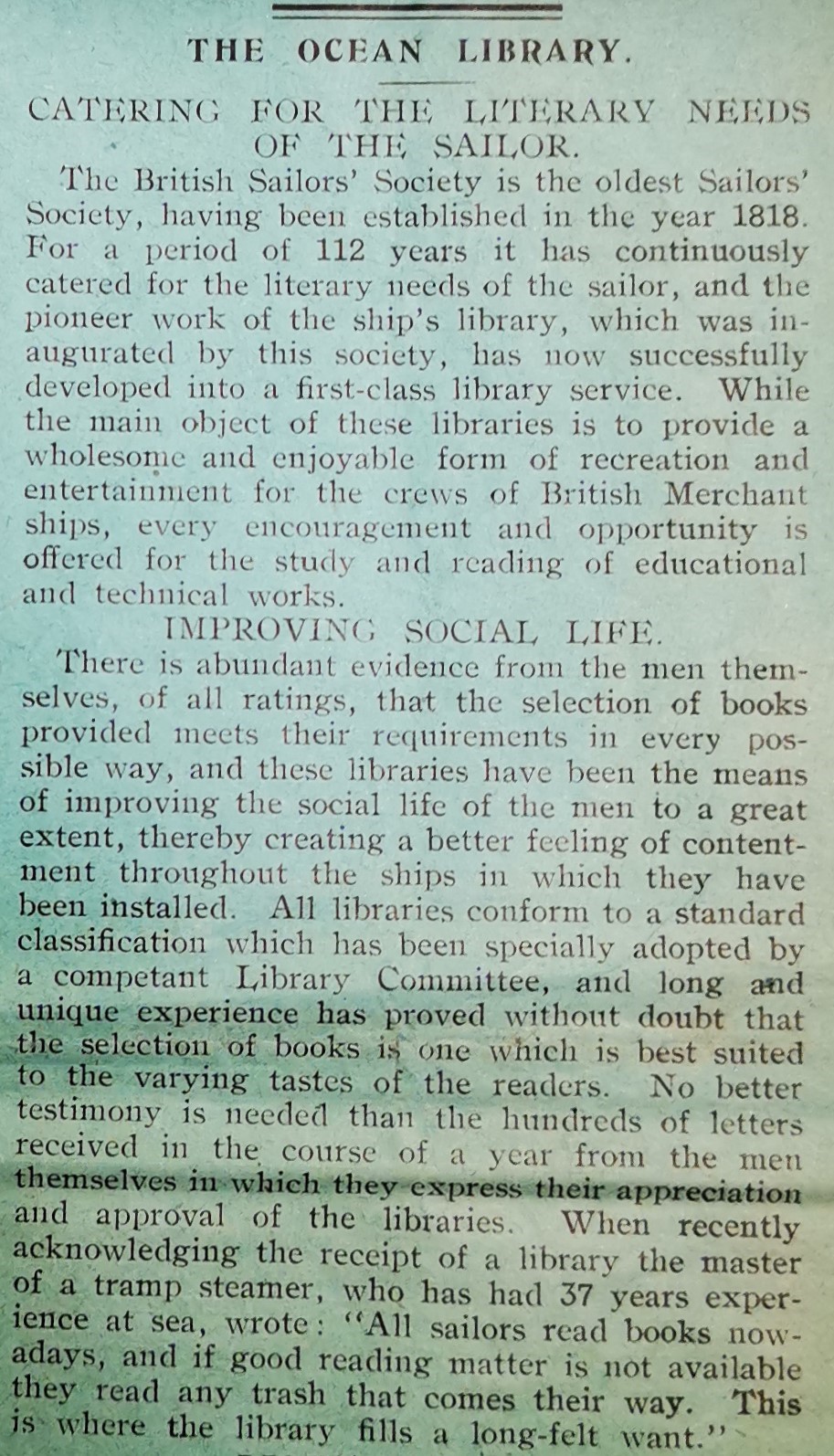 With such a wide range of topics, the ‘Seaman’ would be well suited to a variety of projects by the Merchant Maritime researcher. It would be best to know an approximate year that you are interested in, as an index is not available. The issues we have are 1931, 1940, 1943-1978 incomplete. Order this item by limiting your search to journals in the library catalogue