Skip to main content
You are here:
Home Discover Museum blog Where is planet Vulcan?

Where is planet Vulcan?

Today's guest blog is by author Simon Guerrier. He's joining us next week to talk about the Scientific Secrets of Dr Who.

Isaac Newton was a genius, but he’s been described as a sorcerer as much as a scientist. It’s thought that it was his interest in magic – and the ability to apply force from a distance – that led him to come up with the theory of gravity.

Very simply, Newton worked out that bodies in the universe – for example, planets – are drawn towards each other, and the strength of the attraction is related to both their combined mass and how far they are apart. His explanation was complex, but he supplied a simple mathematical formula that allowed people to test if he was right.

When they tested Newton's formula, it mostly came out right – but with some exceptions. For example, Mercury – the closest planet to the Sun – was never quite where Newton’s formula said it should be. Why? 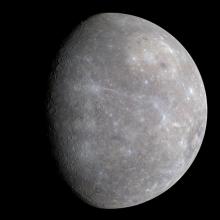 In 1916 Albert Einstein suggested that the Sun was so big it warped space and time, bending it like a lens in a telescope bends light. In 1919, new observations of Mercury showed it exactly where Einstein – not Newton – said it would be, proving Einstein’s theory of relativity.

But before Einstein, there were a few other theories. One was that there might be another, as yet undiscovered planet somewhere near Mercury which affected its gravity. But why hadn’t we seen this other planet?

One explanation was that this undiscovered planet was so close to the Sun that it was hidden from view by the glare. That’s why the theoretical planet was named Vulcan after the Roman god of fires and forges (as we learnt in the Doctor Who story The Fires of Pompeii (2008), Vulcan is also where we get the word ‘volcano’). Another explanation was that Vulcan was always on the far side of the Sun from us, moving round it at the same speed that we were. The only way that could happen was if it shared our orbit – a twin planet, just like Earth, always hidden from view. 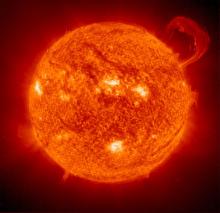 Though Vulcan turned out not to exist it influenced two Doctor Who stories in 1966. In The Tenth Planet, Earth’s long-lost twin, Mondas, is home to the Cybermen. The very next story, The Power of the Daleks, is set on a planet called Vulcan. By coincidence, that same year a new science fiction series began on American television. Star Trek’s Mr Spock was also from a planet called Vulcan.

Simon will be sharing more scientific insights from the Dr Who series alongside our own Astronomer Marek Kukula on the 5 June.

Shop
The Order of Time by Carlo Rovelli
Carlo Rovelli, the bestselling author of Seven Brief Lessons on Physics,...

Ursid meteor shower 2019: When and where to see it in the UK