Join us for a short season of films exploring the Moon as muse. Each film will be followed by an exchange between two influential women guest speakers. Screenings and talks curated by Irenosen Okojie and produced by Moon Festival.

In 1773, Mary Lacy, a poor girl from Kent facing a lifetime as a domestic servant, ran away from home, disguised herself as a man, and joined the British Navy.

She became an apprentice shipwright, but when her gender was revealed, she was expelled from the Navy, leaving her to find her identity as a woman in a man's world.

Mary went on to become an architect and builder, building a row of houses now known as Deptford High Street, found time to write her memoirs and was the first woman to be granted a pension from the British Admiralty. 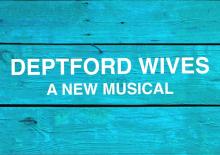 Join an adventure through time and place with Tamera the Time Traveller. Explore the Pacific and the freezing Polar regions and meet pirates and scientists from across time. 12.00, 13.00, 14.00, 15.00

Meet on the Great Map.

Meet in the Learning Space. 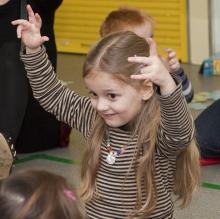 Nick Coveney will share tales from his career as a digital innovator working at the cutting edge of publishing. He will be talking about how he became the storybook voice for Google’s Assistant in StoryCastle and where the future of books and storytelling might lead us.

Nick is a Digital and Marketing leader working for Kobo (an online digital bookseller) as well as a book obsessive and self-described book pusher. He is co-chair of Pride in Publishing, an LGBTQ+ publishing network.

The Future of Books - Nick Coveney 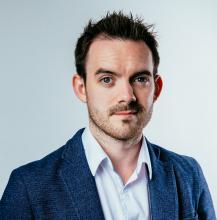 Alexandra Christo considers how familiar childhood tales can be recreated for a modern fantasy audience.  From cursed kingdoms, to witches out for blood and monsters mimicking humans, for most of us fairytales are our first introduction into the world of fantasy and magic. Alexandra draws on her own experience to demonstrate how a well-known tale can be twisted into something entirely new, combining dark magic with real-world politics, to create a seductive and sinister story sure to thrill fantasy lovers. 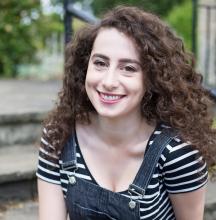 With a weekend of talks and workshops with authors, screenwriters, oral storytellers, podcasters and poets, explore the true breadth of what storytelling means today.

All sessions are free but space is limited so to avoid disappointment you will need to book your seat prior to coming to the Museum.

Also join us for free performances by Action For Refugees In Lewisham, as well as a queer science fiction meet-up, a group 'write up' with National Novel Writing Month and immersive family workshops inspired by storytelling.

Polynesian director, Lala Rolls, uncovers the story of Tupaia, the Tahitian who accompanied James Cook on his first Pacific voyage.

Kite made from a road map.PNG

The ships will be anchored at two Tall Ships Festival villages, one at Greenwich town centre, the other at the Royal Arsenal Riverside in Woolwich. A huge Parade of Sail will start at about 5pm on Sunday 16 April, with around 40 huge Tall Ships and other vessels sailing down the Thames in convoy.