Skip to main content
You are here:
Home Exhibitions and events Flamsteed lecture: Mercury and the BepiColombo mission by Prof David A Rothery

Flamsteed lecture: Mercury and the BepiColombo mission by Prof David A Rothery

We now have a joint European-Japanese mission on its way to Mercury.

This is BepiColombo, launched 20th October 2018, which will start doing science from Mercury orbit in spring 2026. There is one UK-led instrument on board, the Mercury Imaging X-ray Spectrometer designed at Leicester University and funded by the Science and Technology Facilities Council (STFC) and the UK Space Agency. This will map the surface distribution of at least a dozen chemical  elements at reasonable resolution across the entire globe. Other instruments will obtain more detailed images and more diagnostic mineralogical information than previously.

Most of what we know about Mercury so far comes from MESSENGER, the only spacecraft to date to have orbited Mercury (2011-2015).  This showed it to have a crust that is almost entirely volcanic in origin. It is surprisingly rich in volatile elements for a planet so close to the Sun, and the more we look the more signs we see of processes that could be attributed to the action volatiles at or near the surface. 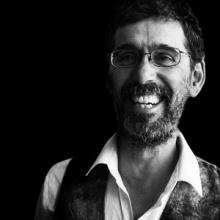 David Rothery is Professor of Planetary Geosciences at the Open University, based in Milton Keynes, where he teaches about planets, volcanoes, earthquakes, tsunamis and geology in general. His research interests centre on the study of volcanic activity by means of remote sensing, and volcanology and geoscience on other planets. Although he loves the icy moons of Jupiter and Saturn, he has been part of the team for the European Space Agency’s BepiColombo mission to Mercury since 2006. This launched in October 2018. Using NASA data, he is currently working with his PhD students and his European counterparts to prepare geological maps of Mercury to set the context for BepiColombo’s observations.

Explore
Ten things you should know about the Royal Observatory Greenwich
From when it was founded to how it became the home of Greenwich Mean Time ...