Skip to main content
You are here:
Home Exhibitions and events Windrush Day 2020 | Across the Seas

The Empire Windrush was a passenger liner that travelled from Jamaica to Tilbury Docks in London, landing on 22 June 1948.

It is most famous for bringing one of the first large groups of post-war West Indians to the United Kingdom. After the Second World War, Britain encouraged immigration from Commonwealth countries, largely to help rebuild the country.

The Windrush carried 1027 migrants who had been asked to come with the promise of employment and a fresh start.

People arriving from the ship were given temporary housing near Brixton in south London where today you can see Windrush Square, which commemorates the ship's arrival.

In 2012 the British Government and Home Office created new legislation which increased the rules about who could come to Britain to live, receive medical care, an education and work.

“Because many of the Windrush Generation arrived as children on their parents’ passports and the Home Office destroyed thousands of landing cards and other records many lacked the documentation to remain in the UK.”

The Joint Council for the Welfare of Immigrants

Despite condemnations from the public and recognition of their failings, the British Government has still not resolved the situation for many of the Windrush generation who have had their lives turned upside down.

In 2020 The National Martime Museum worked with the Caribbean Social Forum to provide opportunities for participants to reflect on the resilience, dreams and legacy of the Windrush generation.

This year we worked in partnership with the Caribbean Social Forum and University of Greenwich to develop online resources, talks and events involving different generations to explore Windrush and what it means to people today.

Deanio created the mural From Africa to the Caribbean to Catford - A Great British scandal in response to the Windrush scandal.

Before Windrush: travel and migration before 1948

Read reflections on Windrush from members of the Caribbean Social Forum 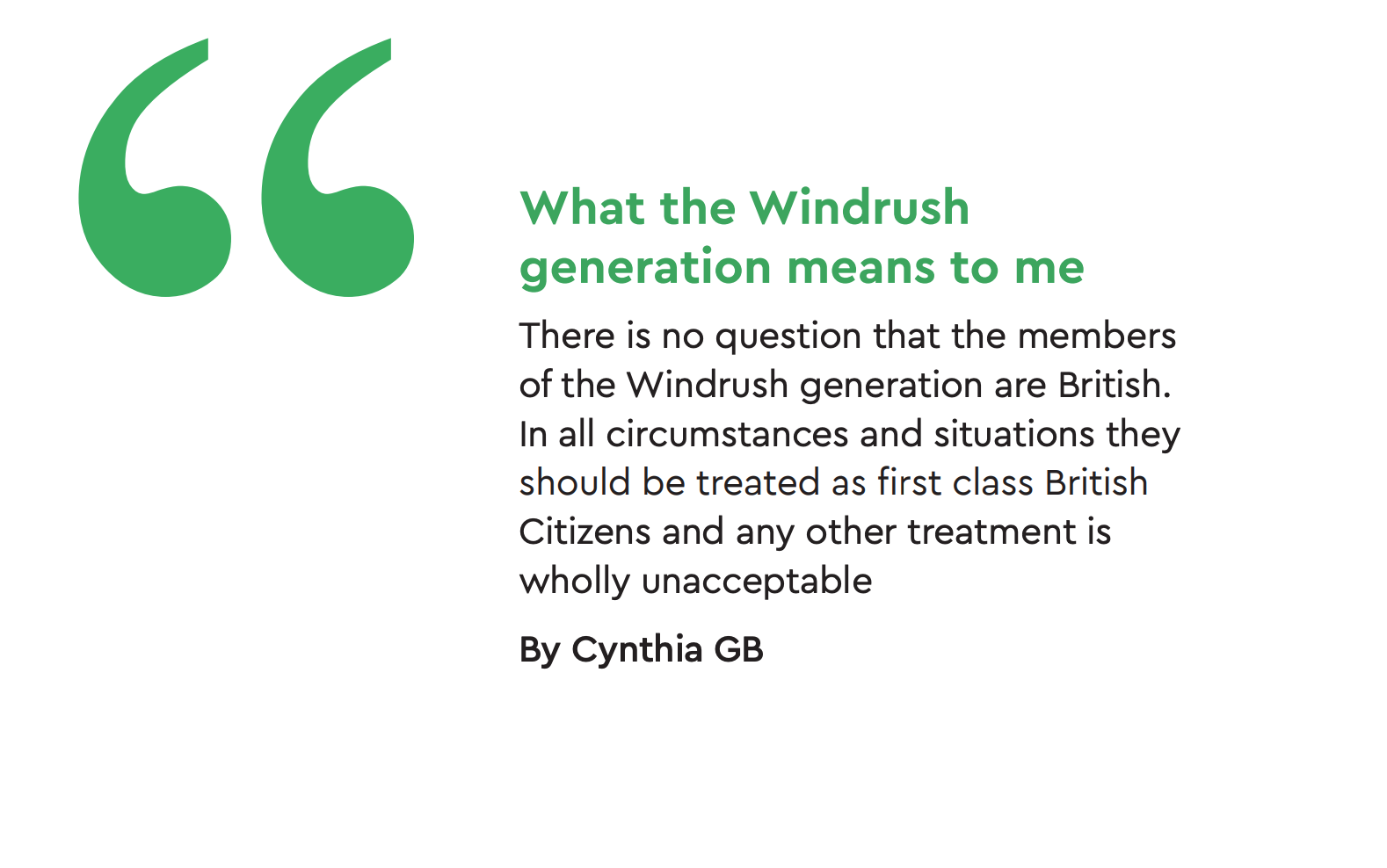 Supported by Ministry of Housing, Communities and Local Government (MHCLG)

We want to hear your feedback

Discover how to create your own spoken word poem in response to our...

Windrush: A Ship Through Time

In Windrush: A Ship Through Time Paul Arnott explores the epic story of a...

Commemorating the 70th anniversary of the arrival of the Empire Windrush,...
Resources and research guides

Although Dementia Action Week has officially been postponed, we would still...

This guide informs how records in the Caird Library and Archive at the...
Sponsors and supporters