The Prince Philip Maritime Collections Centre is home to the Royal Museums Greenwich stored collections and state of the art conservation studios.

This unique facility is full of inspiring objects which normally would be away from public view.

This year's theme is Astounding inventions. On our tours we will investigate the stories of great inventions, inventors and innovators, from Isambard Kingdom Brunel to mathematician Gladys West.

We will also delve into Royal Museums Greenwich's collection, showcasing special maritime and space related objects including an underwater telephone, a diorama of the building of the Great Eastern and even a hole punch. 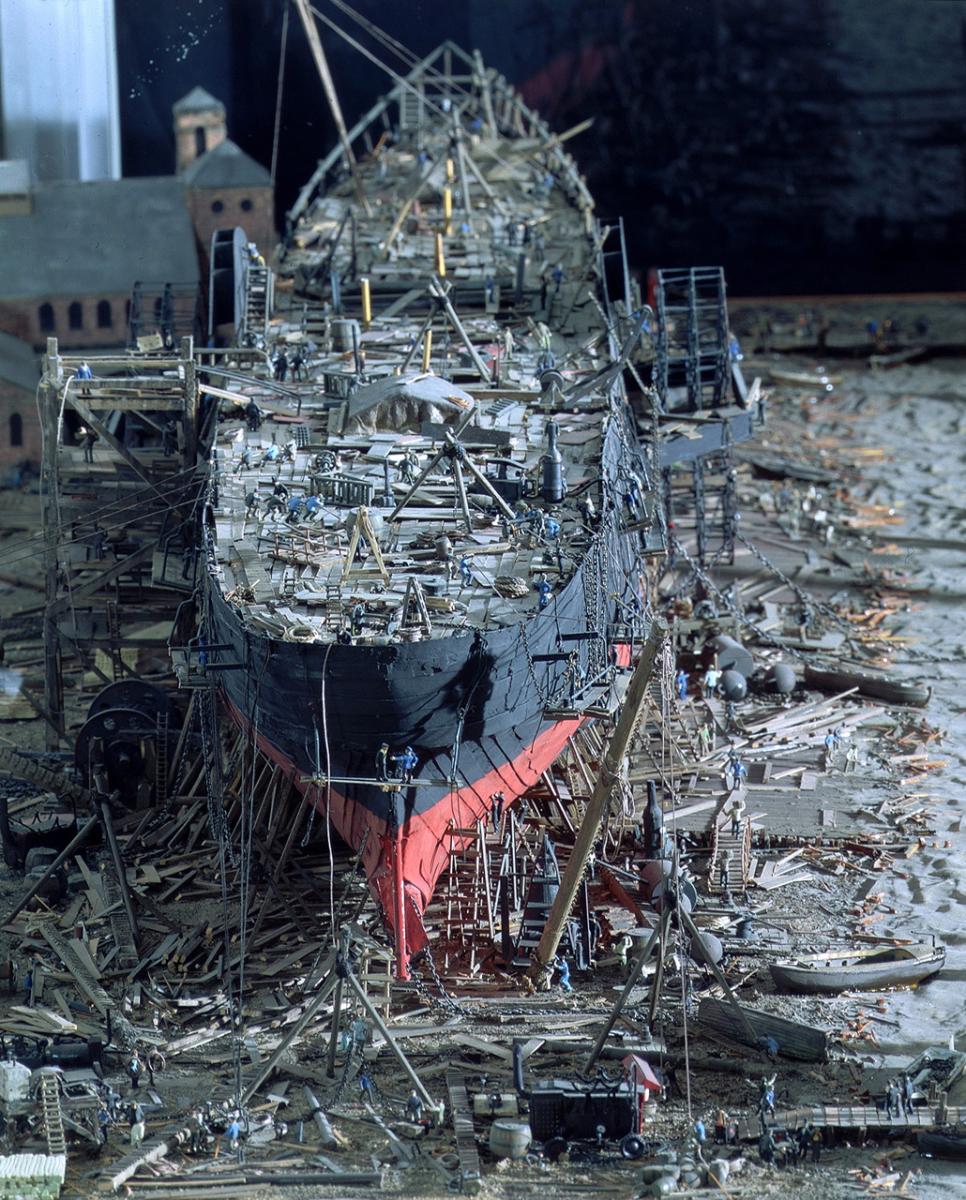 All tours are free and last 1 hour. Due to the nature of the site all places on the tour need to be booked.

The Prince Philip Maritime Collections Centre is home to the Royal Museums Greenwich stored collections and state of the art conservation studios. It is set on the grounds of a former RAF base in Kidbrooke, which was previously a barrage balloon depot in the Second World War.

Visitors to The Prince Philip Maritime Collections Centre will see a contrast of architecture with our new state of the collection stores and conservation studios next to the former RAF buildings.

Despite storing the Museum’s collection since the early 1970s, members of the public rarely have had the chance to see behind the scenes.

With the collection comprising of 2.5 million objects, the vast majority are kept in storage, generally out of public view. Many items are genuine treasures of the Museum, which can occasionally be shown in exhibitions.

During our Heritage Open Days event, the public will be able to explore this Aladdin’s cave of treasures.

The Prince Philip Maritime Collections Centre is a quick, easy journey from central London by rail or via local bus services.

By train: You can reach us from central London via direct routes by Cannon Street London Bridge, Charing Cross and Victoria. Our nearest station is Kidbrooke which is only 5 minute walk away.

By car: There is limited parking space in our car park but we will prioritise parking for visitors with disabilities. Please pre-book, otherwise we cannot guarantee a place. E-mail: ppmcc@rmg.co.uk

Getting to Royal Museums Greenwich

Go behind the scenes at The Prince Philip Maritime Collections Centre and explore our state of the art conservation studio and collections store.
Find out more Our conservation work