Skip to main content
You are here:
Home Discover our stories and collections Museum blog P&O: Serving the Empire display at the Caird Library

P&O: Serving the Empire display at the Caird Library

Come and take a look at our new display of archive and library material outside the Caird Library, examining the role of P&O’s art and design in the cultures of the British Empire and Commonwealth.

The Caird Library and Archive holds a number of business archives belonging to British merchant shipping companies, which are an immensely rich source of maritime history and culture. One of the largest belongs to the Peninsular and Oriental Steam Navigation Company (P&O). Between 2013 and 2016 Daniel Davies, a research student based at Middlesex University, has worked with the National Maritime Museum and the P&O Heritage Collection to investigate the company’s extensive use of art and design. 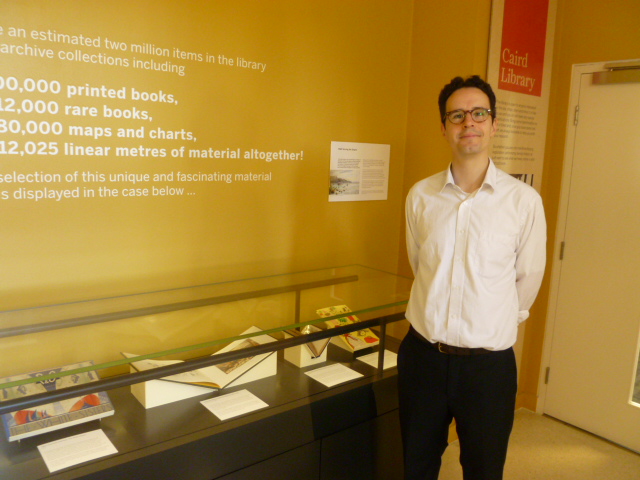 Daniel Davies by the P&O display at the Caird Library

The items presented on display tell the story of how P&O employed everyday objects such as cruise brochures and dinner menus to help establish its identity as a proud servant of the British Empire and Commonwealth. So dominant did P&O’s reputation as ‘the Empire line’ become that Sir John Henniker Heaton could write in 1913:

‘Every Britisher and Imperialist is proud of the Peninsular and Oriental [Steam] Navigation Company. We feel it is part of the British constitution. You can only realize this by imagining what would happen if the whole fleet were to disappear tomorrow!’

The P&O archive is on loan to the National Maritime Museum from the P&O Heritage Collection, which exists to preserve the maritime history and heritage of P&O as what was once the largest shipping company in the world. Find out more about its collections here in the Museum.

Find out more on the P&O Heritage Collection website

Visit the Caird Library at the National Maritime Museum