100 years on from the explorer's death, a sledge used during Shackleton's Nimrod expedition has found a new home in the National Maritime Museum. Curator Jeremy Michell looks back on the efforts to save this important polar relic for the nation.

‘Whatever regrets may be we have done our best. Beaten the Southern Record by 366 miles…’ noted Ernest Shackleton in his diary on 9 January 1909, as he lay in his tent that night.

Earlier in the day, Shackleton had stood with Eric Marshall, Frank Wild and Jameson Adams beside the Union Flag gifted by Queen Alexandra as it fluttered in the bitter winds, having reached within 97 miles of the South Pole.

Ever since Shackleton had been part of Robert F. Scott’s attempt to reach the South Pole during the Discovery Expedition (1901-1904), he had a burning desire to lead his own and get there himself. 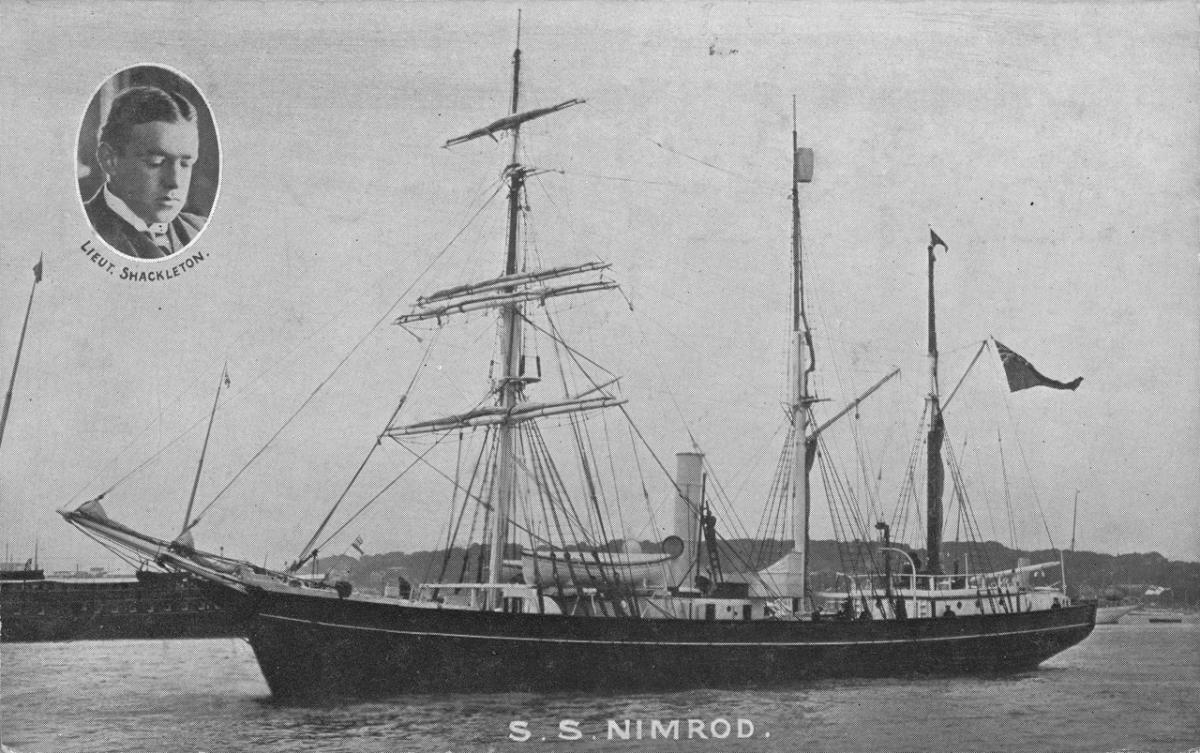 His expedition, known as the Nimrod Expedition after their ship (pictured), achieved a lot with little funding and a small team.

Following Scott’s lead, the expedition was a mixture of scientific work and nationalistic endeavour. The group split into a number of parties that undertook geological surveys, located the south magnetic pole, climbed the most southerly active volcano Mount Erebus, and attempted to reach the South Pole.

Despite the achievements, it is a little known expedition – overshadowed by Amundsen reaching the South Pole in December 1911 and the death of Captain Scott and his companions in March 1912 on their return from the Pole.

Shackleton himself meanwhile is best remembered for his audacious rescue of the crew of Endurance during his Trans-Antarctic Expedition (1914-17).

This focus has resulted in relatively little material culture surviving in British museums from the Nimrod Expedition. Before 2020, the National Maritime Museum only had one small oil painting and a brass lamp bracket from the Nimrod.

Marshall, who joined Shackleton on the attempt to reach the Pole, had retained one of the Southern Party’s 11ft sledges and his own sledging flag. These had been sold at auction in 2019, at which the National Maritime Museum had been unsuccessful in trying to acquire the sledge.

However, the temporary ban allowed us to work closely with the Scott Polar Research Institute (SPRI) at the University of Cambridge in order to raise the necessary funds to keep the sledge and flag in Britain.

The generous assistance of the National Heritage Memorial Fund, coupled with additional funding from the British Antarctic Territories, a private donor, and some of our own acquisition budget, meant we were successful in saving both items.

The flag has become part of the Polar Museum collection at the Scott Polar Research Institute, reuniting with Shackleton’s sledging flag from the same expedition. The sledge meanwhile has now gone on display in the National Maritime Museum’s Polar Worlds gallery, to commemorate 100 years since Shackleton’s death on 5 January 1922.

The sledge was one of the 11ft versions that Shackleton ordered from Hagen & Co in Norway in 1907. The four Southern Party sledges were initially pulled by a pony each. However, as each pony was put down along the outward journey, the sledges were abandoned as depot markers.

The remaining sledge they had man-hauled towards the Pole finally fell apart as they returned to the expedition hut and was swapped at the first available depot. Thus, the sledge Marshall brought home – and the one now in the National Maritime Museum – is the only known sledge from the Southern Party’s attempt to reach the South Pole.

The sledge is based on a design by the Norwegian explorer Fridtjof Nansen from his observations of traditional Inuit wooden sleds called qamutiks. It is constructed from ash on a hickory wood frame, with six uprights and cross-members reinforced with leather straps and iron braces. Drag ropes are attached around the uprights at both ends of the sledge.

Having the sledge in the National Maritime Museum’s collection provides a significant opportunity for us to explore multiple research threads, taking the story of polar exploration away from the grand narratives. This includes exploring human adaptability and ingenuity in extreme environments, research into personal relationships between expedition members, technology and the influence of Norwegian and Inuit experiences, and the links to Britain’s earlier Arctic expeditions.

For visitors, of course, this is a unique opportunity to see a piece of polar history, and to consider Shackleton’s legacy 100 years on from his death. The sledge is on display in the Polar Worlds Gallery at the National Maritime Museum. 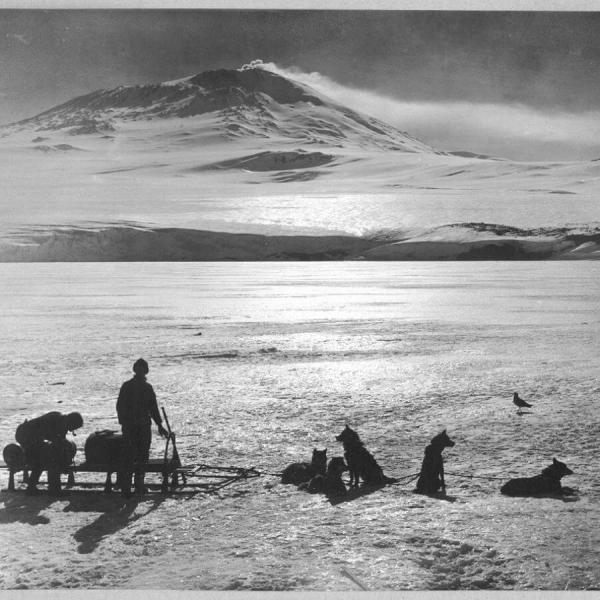 100 years on from the death of Sir Ernest Henry Shackleton, curator Jeremy Michell looks back on the life and legacy of the polar explorer
Read more