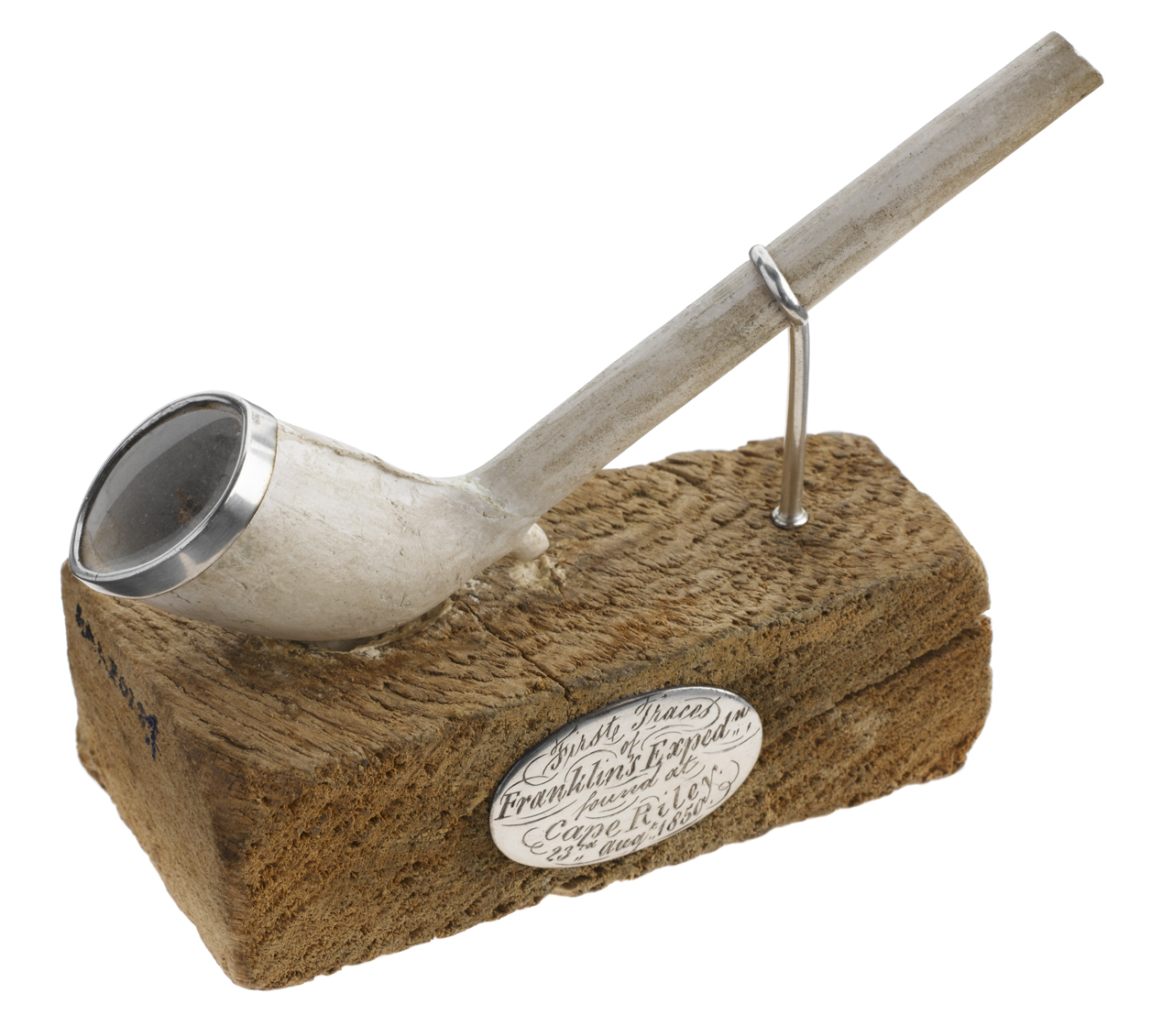 Clay cutty pipe with silver rim and tobacco in the bowl

A clay cutty pipe with a silver rim, mounted on a rough piece of wood, originally from the 1845 Northwest Passage Expedition led by Sir John Franklin. The bowl of the pipe still contains tobacco and is covered with a glass lid. The wooden mount has a plaque on the front inscribed 'First traces of Franklin's Expedition found at Cape Riley 23rd Augt 1850'.

The pipe was found with other relics by Captain Erasmus Ommanney and his party when he landed at Cape Riley, Devon Island, from HMS Assistance on 23 August 1850. These were the first traces of the Franklin Expedition to be found. The note he left in a cairn at the site stated he found 'traces of an encampment, and collected the remains of materials which evidently prove that some party belonging to her Majesty's ships have been detailed at this spot.' Sherard Osborn recalled: 'numerous traces of English seamen having visited the spot were discovered in sundry pieces of rag, rope, broken bottles and a long-handled instrument intended to rake up things from the bottom of the sea; marks of a tent-place were likewise visible...' [Osborn, Stray Leaves, p.82]. Ommanney kept some of these items and after his death his widow presented them to the Royal United Services Institution museum in 1905. These included, according to the Portsmouth Evening News (7 September 1905), 'a cutty pipe, with some tobacco still in the bowl, a bit of broken blue crockery, two Polar bear's claws, and a small tray of Gien ware with a wyvern painted on it in colour'. The US newspaper 'The Constitution, Atalanta, GA' of Sunday 24 September 1905 includes an illustration of the items donated by Lady Ommanney, confirming that the pipe is one of the pieces.
Back to Search Results
Buy a print License an image
Share:
Link copied to your clipboard!