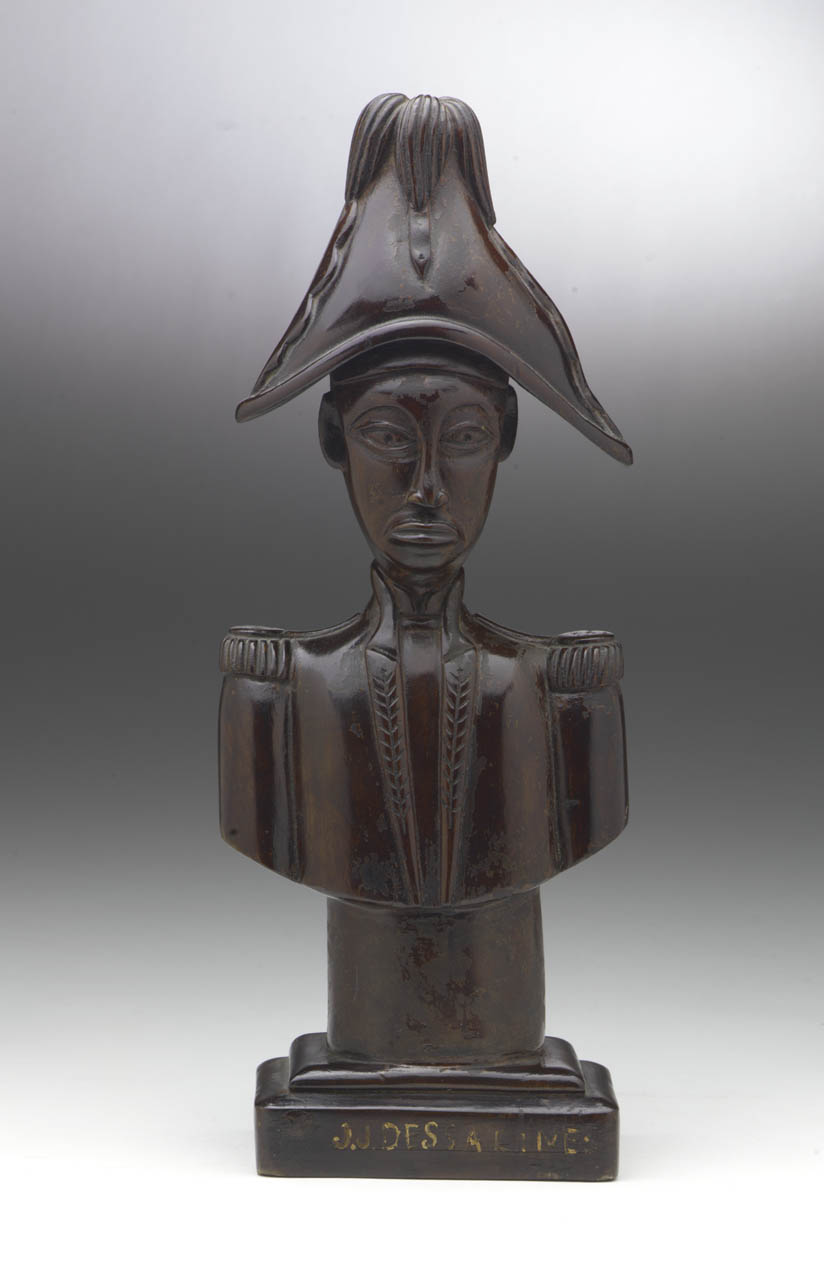 Stylized head-and-shoulders bust of Jean-Jacques Dessalines, first Emperor of Haiti (1804–06). The sitter is shown facing forward in a military style uniform, with epaulettes and wearing a transverse bicorn hat with three plumes, apparently over an underlying skull-cap. The socle, or base, consists of a wooden column of oval section, carved as part of the figure, on a two-step rectangular base which is inscribed on the front face 'J. J. DESSALINE'.

Dessalines was born a slave in French St Domingue (Haiti) on 20 September 1758. In 1791 he became part of the freedom movement that led to the abolition of slavery in Haiti in 1793 and was lieutenant to Toussaint L'Ouverture against British and Spanish attempts to take the Haitian colony from France. He subsequently fought successfully with Toussaint to expel the French. In 1802 France tried to retake St Domingue and re-impose slavery, and Dessalines succeeded Toussaint as the revolutionary leader after the latter's arrest and deportation to France. When the French were finally driven out in 1803 Dessalines was made Governor General of St Domingue for life.

On 1 January 1804 he re-designated the island 'Haiti' (its Arawak name) as an independent nation of which, in September, he declared himself Emperor as Jacques I. His rule, modelled on Napoleon's, was inevitably autocratic and on 17 October 1806 he was murdered by disaffected political rivals. He is nevertheless regarded as the founder of independent Haiti. This bust relates to contemporary European prints, which show Dessalines in uniform of the same type, including the distinctive laurel-leaf lapel facings.
Back to Search Results
Buy a print License an image
Share:
Link copied to your clipboard!