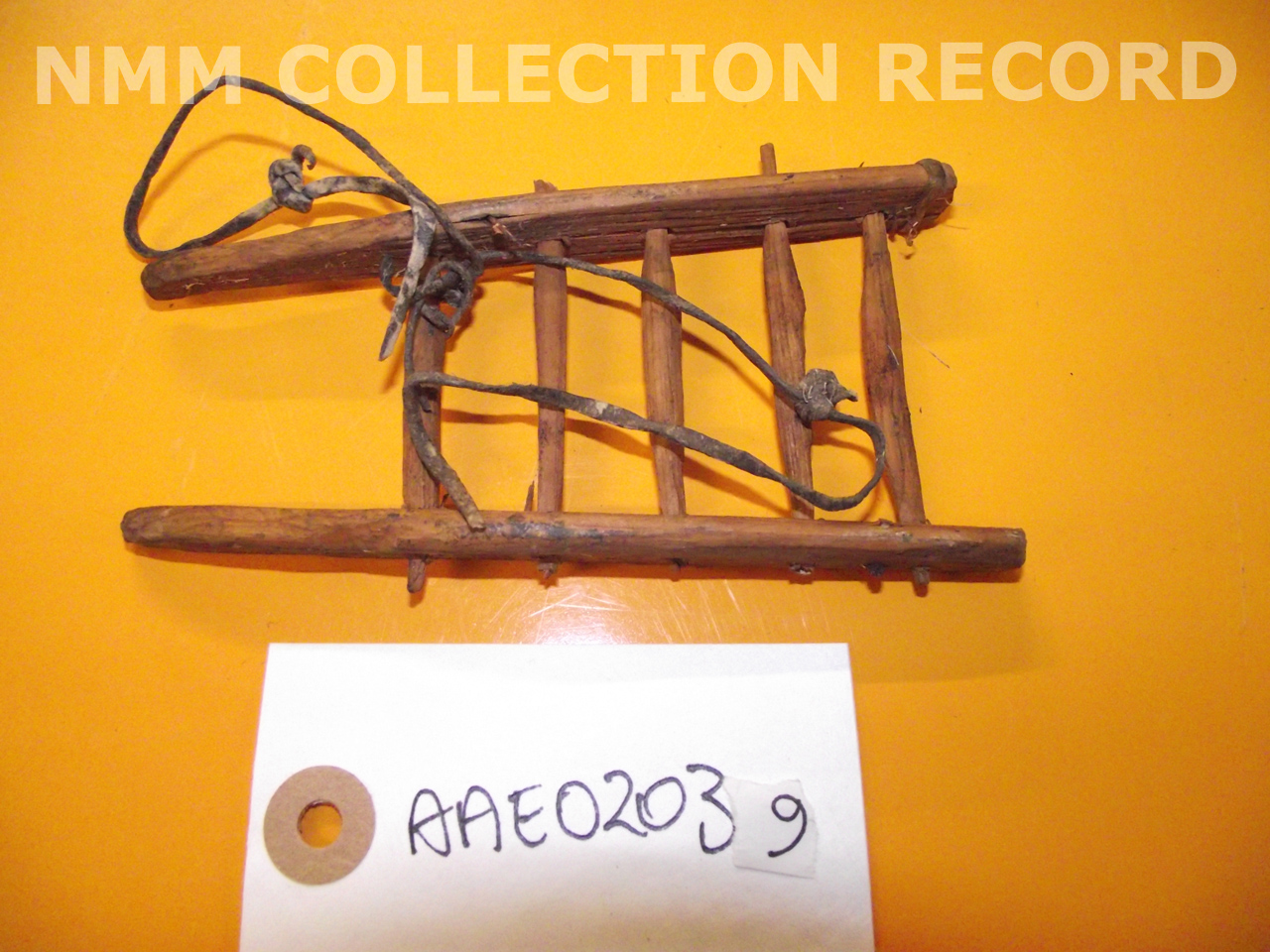 Scale: Unknown. A wooden and leather model of an Inuit sledge found by Captain F. L. McClintock in an abandoned snow house on the return sledging voyage from King William Island to the Fox's base in Port Kennedy, Somerset Island. The sledge is made up of two wooden runners with five wooden cross-pieces. A leather thong is attached at one end, suggesting it may indicate a harness.

McClintock recorded in his official narrative, '...in one of them [abandoned show huts] I found a child's toy - a miniature sledge - made of wood;...' (page 308 in 1859 edition). They had reached an unexpected strait on the way from Prince George's Bay to Cape Sabine on Tennent Island while crossing over to the Boothian Peninsula between 5 and 8 June 1859. It was in this strait that they found seventeen abandoned snow huts, which they removed items from, including blubber, chips of wood and the model sledge.

The sledge features in Slide 9 taken by Lt. Cheyne at RUSI along with scraps of wood retrieved from the same site. The sledge was later displayed in the Franklin Gallery at the Royal Naval Exhibition, Chelsea in 1891. It is recorded in the catalogue as 'Item 166. Model of Sledge made by the Esquimaux. Lat 78[deg] N. / Lent by Admiral Sir L. M'Clintock, K.C.B.' and is illustrated in the souvenir handbook. The model sledge was displayed at the Royal Naval Museum, Greenwich, with the 1913 description of 'Case 2, No. 17. Model of a sledge'. The other items in Case 2 relate to McClintock's1857-59 expedition.
Back to Search Results
Buy a print License an image
Share:
Link copied to your clipboard!