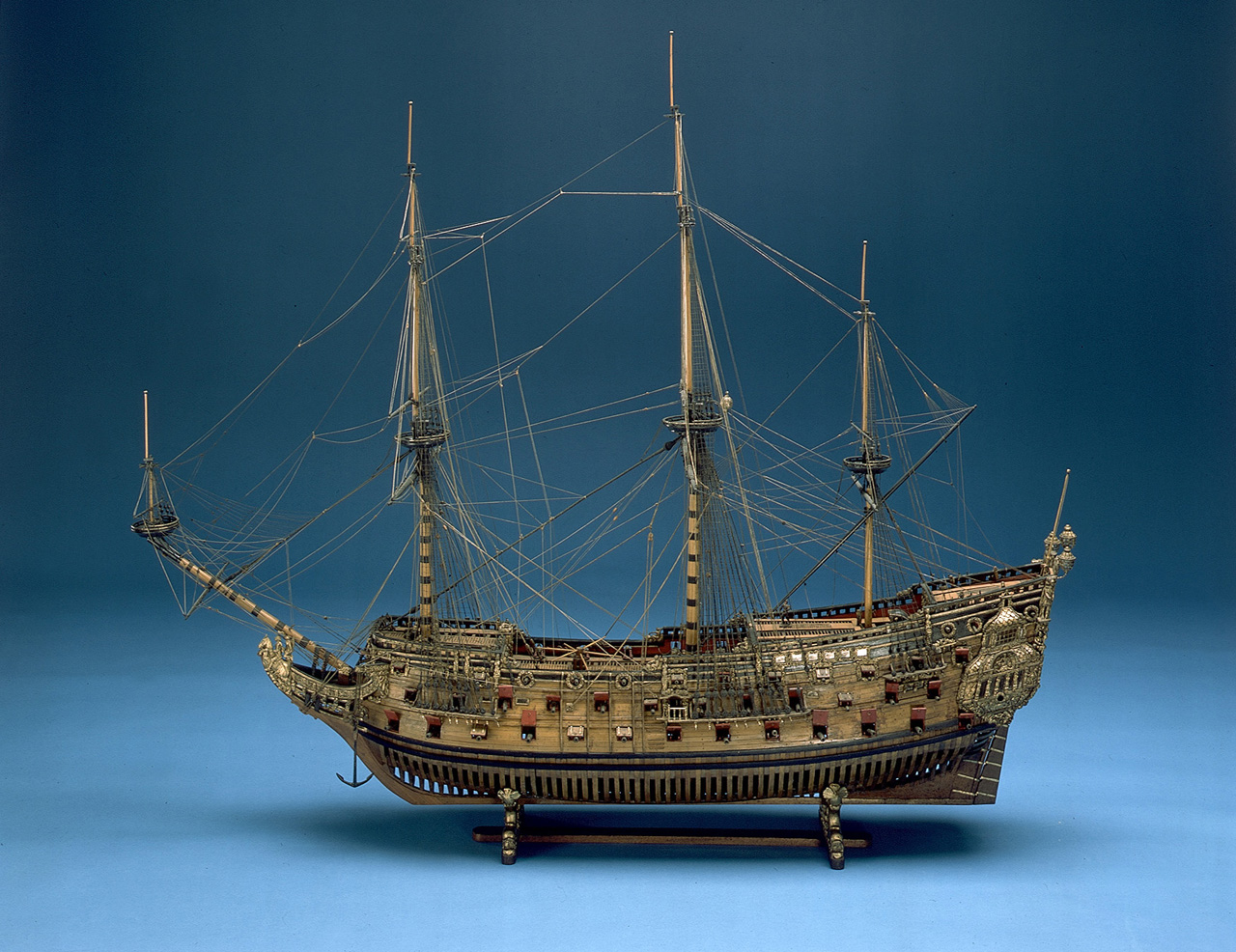 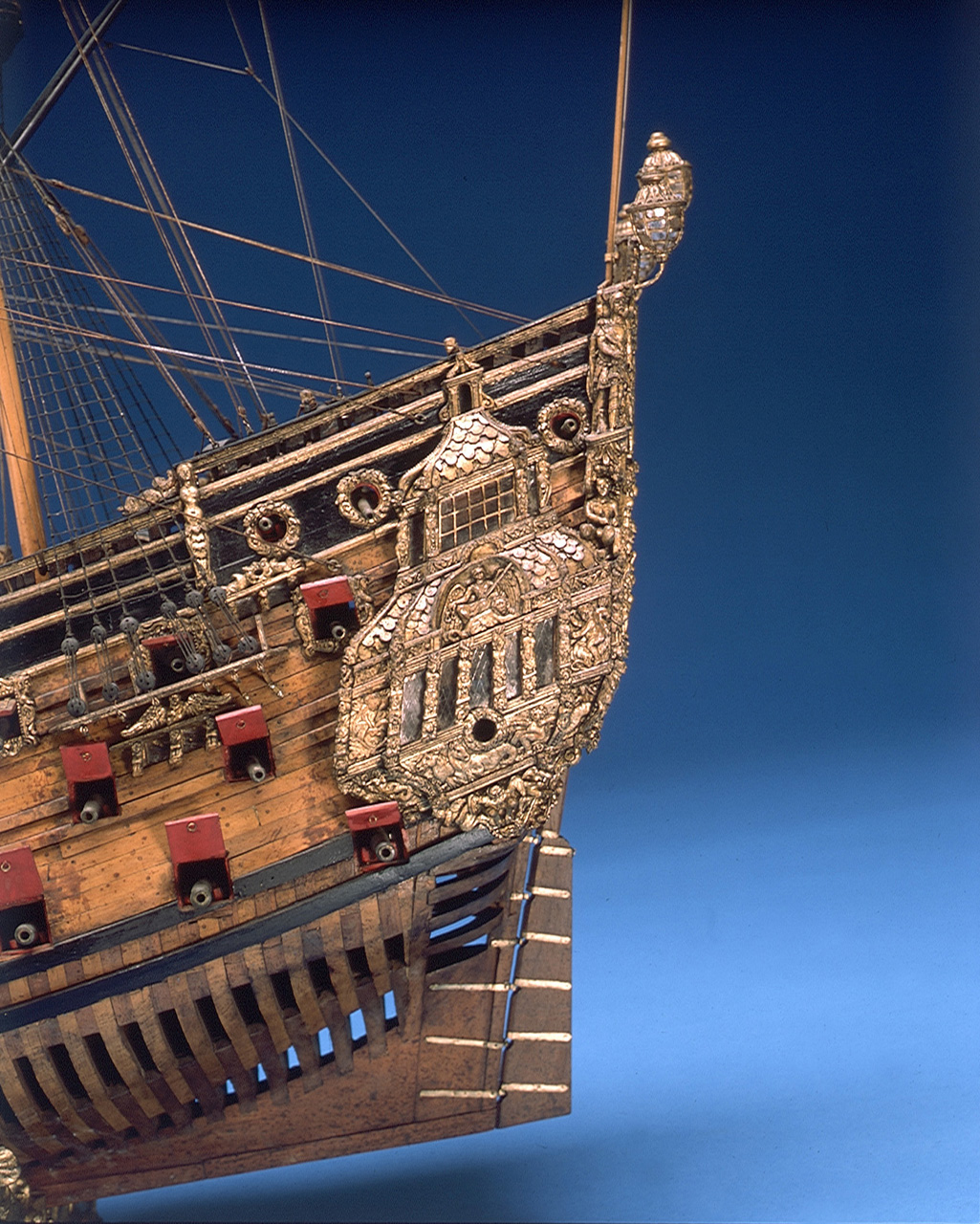 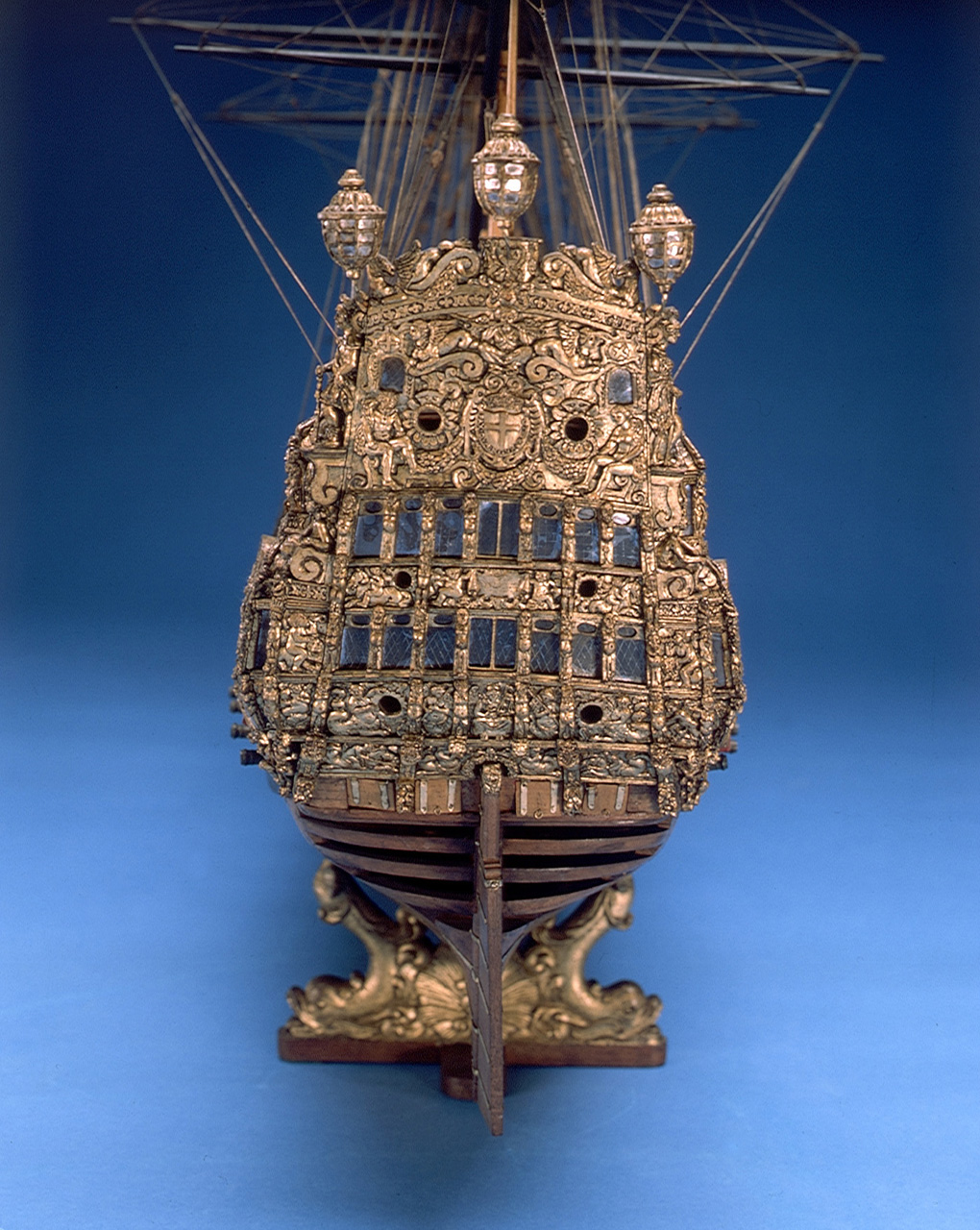 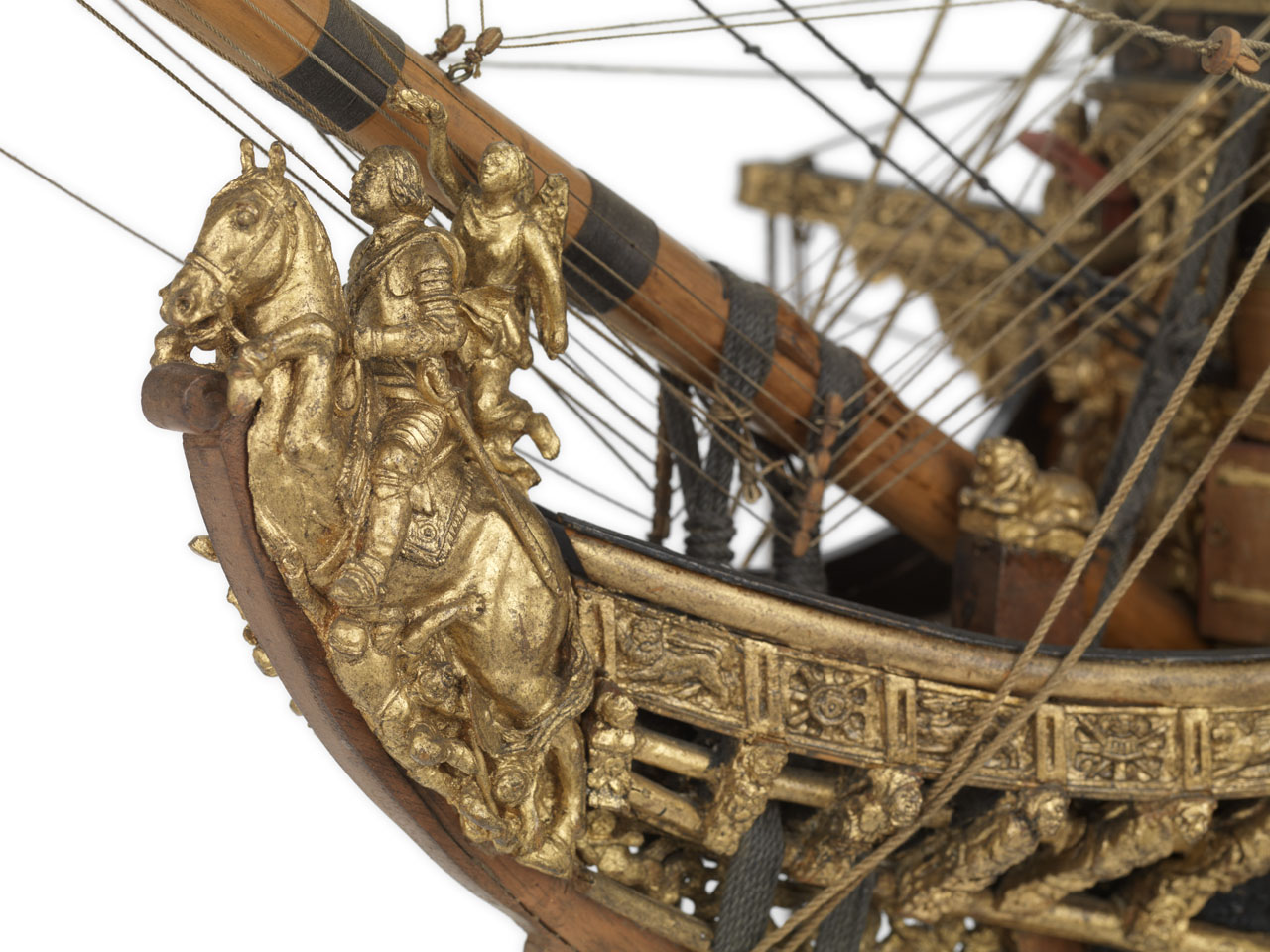 Scale: 1:48. Full hull model made in the Navy Board style, thought to be the 'Naseby' (1655), an 80-86 gun ship, three-decker ship of the line. The hull shape is typical of that of a 17th-century warship with a fair amount of sheer and tumblehome. The model is partly decked, rigged and made plank on frame. The hull is left unplanked below the waterline, and the framing system is typical of that of the Navy Board style, with floor timbers spanning the keel transversely and futtocks scarphed above. Along the sides of the hull are paired open mainwales painted black.

The stern is round tucked and decorated with elaborate stern carvings. The stern carving features the cross of St George with a belt bearing the Commonwealth motto ‘Pax quaeritur bello’ (peace is sought by war).

The model is square rigged, with a sprit sail, sprit topsail and the mizzen mast is rigged with a bonaventure sail.

The model was made by Robert Spence in 1943 using contemporary drawings of the ship combined with her recorded dimensions. In addition, the lines were taken from an English three-decker model of similar date in the Maritime Museum, Stockholm, Sweden.

The original full-sized ship measured 161 feet in length by 42 feet in the beam and 1000 tons burden, the ‘Naseby’ was built in Woolwich Dockyard and named to commemorate the Parliamentary victory of 1645 during the British Civil Wars.

The ‘Naseby’ was renamed 'Royal Charles' shortly before the ship was used to transport Charles II back to England from Dutch exile at his Restoration in 1660. The ‘Royal Charles’ was the flagship in the many actions against the Dutch fleet but in 1667 was seized by the Dutch in their famous raid on the Medway and taken back to Holland before eventually being broken up in 1673.

The post-1660 English royal arms from the stern of the full-sized ship are in the Rijksmuseum, Amsterdam, having been retained as a trophy when the vessel was broken up in 1673.
Back to Search Results
Buy a print License an image
Share:
Link copied to your clipboard!