Artist William Hodges made studies of the Pacific islands while on board ship with Captain Cook.

Back in London, he turned these sketches into larger canvases for exhibition at the Royal Academy.

Trained in the traditions of Western painting, Hodges created a European vision of the Pacific as an earthly paradise that continues in art and the imagination today.

Canoe battles at sea were part of life in the Pacific, as island groups fought for power and territory. This painting's full name is 'The War-Boats of the Island of Otaheite [Tahiti], and the Society Isles, with a View of Part of the Harbour of Ohaneneno [Haamanino], in the Island of Ulietea [Raiatea], one of the Society Islands’, and it shows Tahitian chiefs preparing for battle against neighbouring Mo’orea. War canoes were an intimidating sight, similar in size to European ships and crowded with men and weapons.

See this alongside many other works by Hodges in the Pacific Encounters gallery. 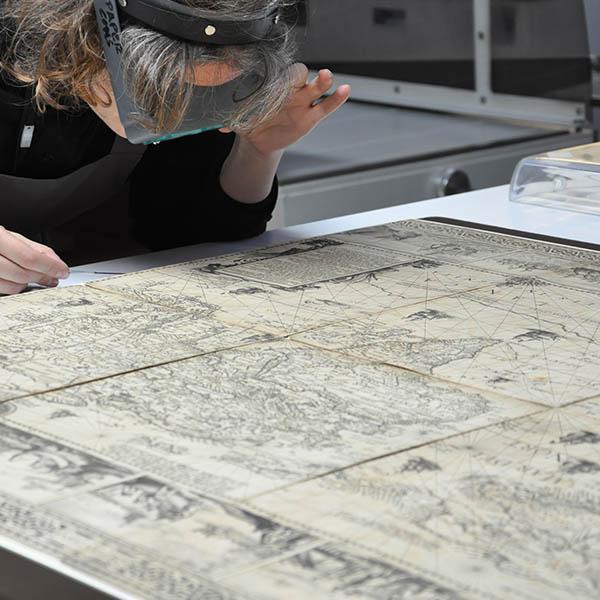 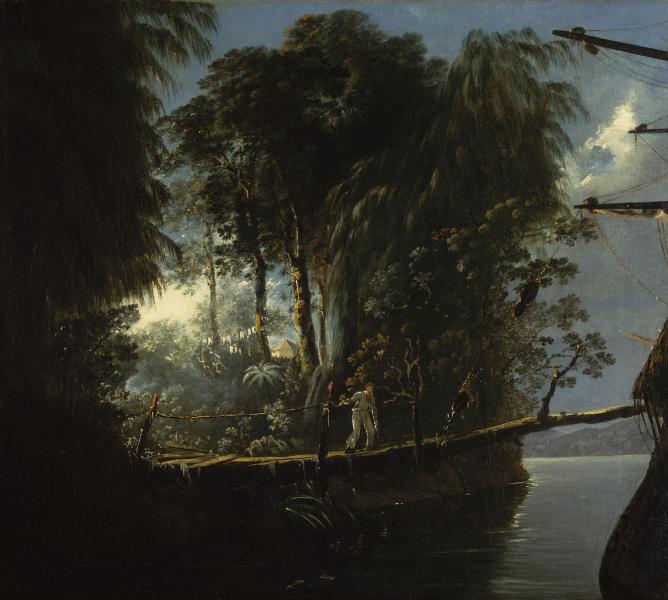 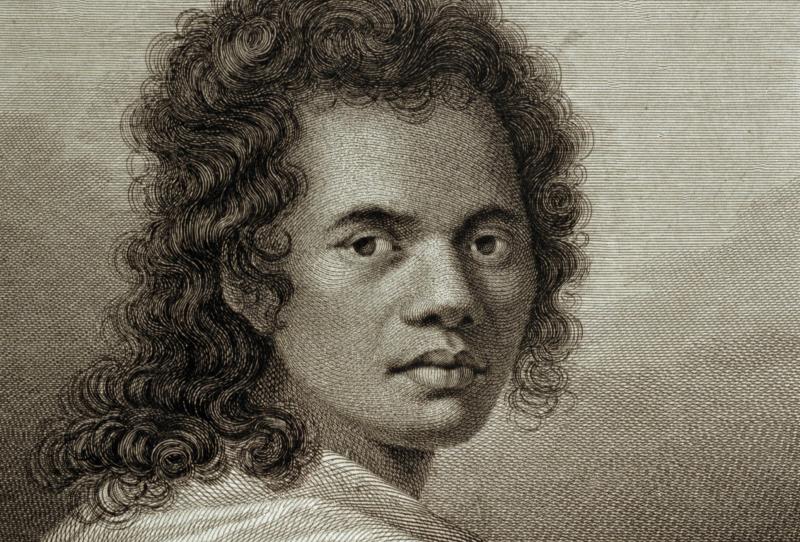 Captain Cook, Sir Joseph Banks and tattoos in Tahiti
When Captain Cook returned from his first voyage he brought with him the term ‘tattoo’ if not the practice itself