The RRS Sir David Attenborough will play a crucial role in expanding our scientific knowledge and data collection in the polar regions.

The vessel is a multi-disciplinary research platform that allows scientists to study the ocean, the sea floor, ice and atmospheric conditions in the field.

During the northern summer months, it will investigate the physical and biological changes in the Arctic. In the Austral summer (summer in the southern hemisphere), the ship will head to Antarctic waters to enhance our knowledge of the Southern Ocean.

It will also transport state-of-the-art equipment, tools and supplies to the most remote research stations on the planet.

At both poles, the research ship will map, sample and analyse the history of these environments, and also how they are currently reacting to climate change. This information will allow scientists to predict how these regions may respond to future climate change and contribute to global sea level rise.

The UK's previous polar research vessel, the RRS James Clark Ross, could produce up to three terabytes (TB) of data per voyage.

By contrast, the Sir David Attenborough is able to collect several hundred terabytes each expedition. This will accelerate the rate at which we can learn about the polar environments.

"The Sir David Attenborough has a huge range of new facilities and capabilities, and the best instruments and equipment that we can put together in one place," explains marine geophysicist Dr Kelly Hogan.

The ship can carry up to 60 scientists and support staff per voyage, alongside a crew of 30. They will be able to travel for up to two months without refuelling, allowing the teams to explore further for longer.

But it's not just the amount of data that can be collected. The ship also has a number of unique features that allow new experiments to be conducted.

The scientific moon pool will allow researchers to deploy equipment in areas where previous vessels would not have been able to, either due to dangerous conditions or surrounding ice.

The 4x4m vertical shaft runs through the entire central structure of the ship, meaning equipment can be raised and lowered from within the ship’s interior rather than from on deck.

This means research can continue even when dangerous conditions make access to the deck impossible. It will also allow instruments to enter waters that are normally inaccessible due to surface ice. 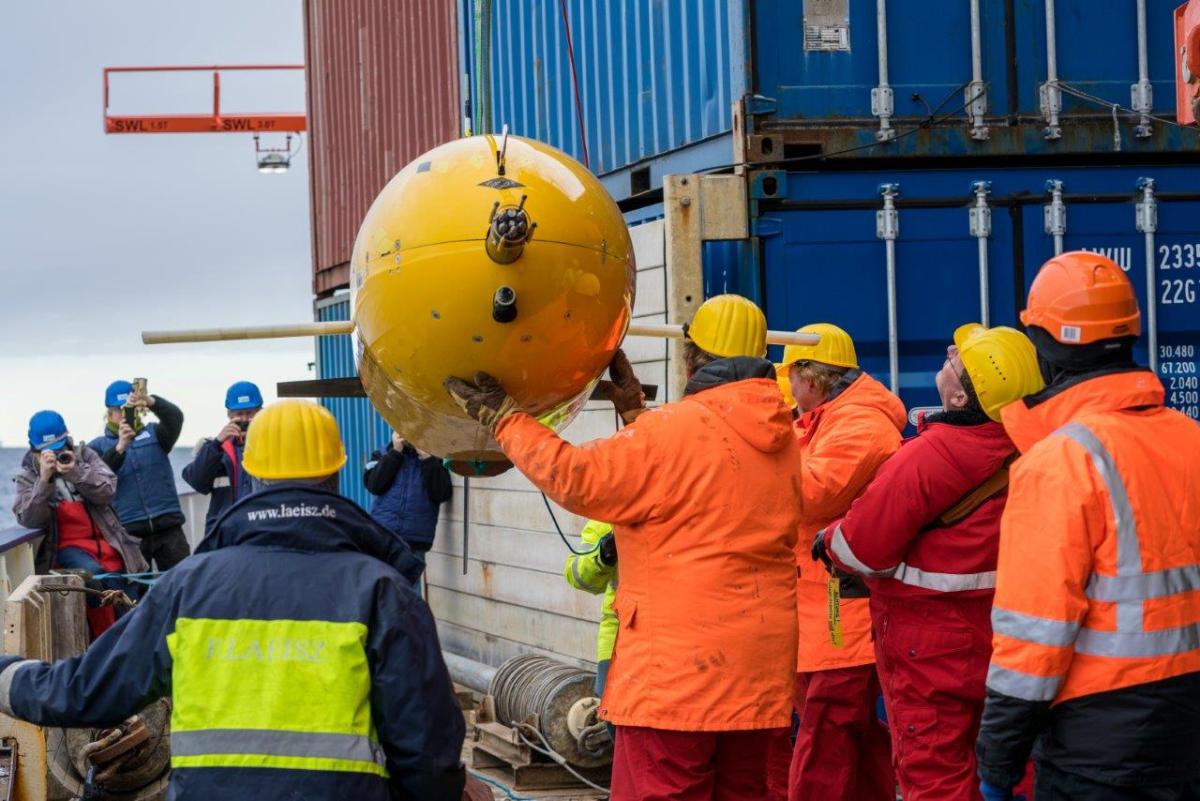 AUVs are pre-programmed with instructions on where to travel and what conditions to measure. They will then return to a predetermined location where they are retrieved by the research vessel. The latest AUV is known as an Autosub Long Range, one of which is the famous 'Boaty McBoatface'.

Unlike AUVs, ROVs remain tethered to the research vessel, and can relay live data such as video footage back to the researchers on board. This allows for precise sampling and experiments to be undertaken in areas where divers can't venture.

Buried within the sea floor is an undisturbed record of past climate, ecosystems and physical processes going back millions of years. This record can help to show how the Antarctic continent has changed in the past, and how it may respond to changes in the future.

RRS Sir David Attenborough has a giant piston corer capable of sampling sediments cores up to 40 metres long. The ship also possesses a multi-corer for taking multiple samples in a single location, as well as the ability to collect core samples using an ROV.

Light has difficulty penetrating the deepest depths of our oceans, so sound is used to see where our eyes can't.

RRS Sir David Attenborough has a range of acoustic instruments. 'Multibeam echo sounders' will be used to explore the sea bed and create detailed maps known as bathymetric charts.

Sonar devices will also be used to detect organisms large and small living beneath the surface, as well as track water currents.

RRS Sir David Attenborough is able to travel almost silent up to a speed of 11 knots, so its instruments are unaffected by ship noise. 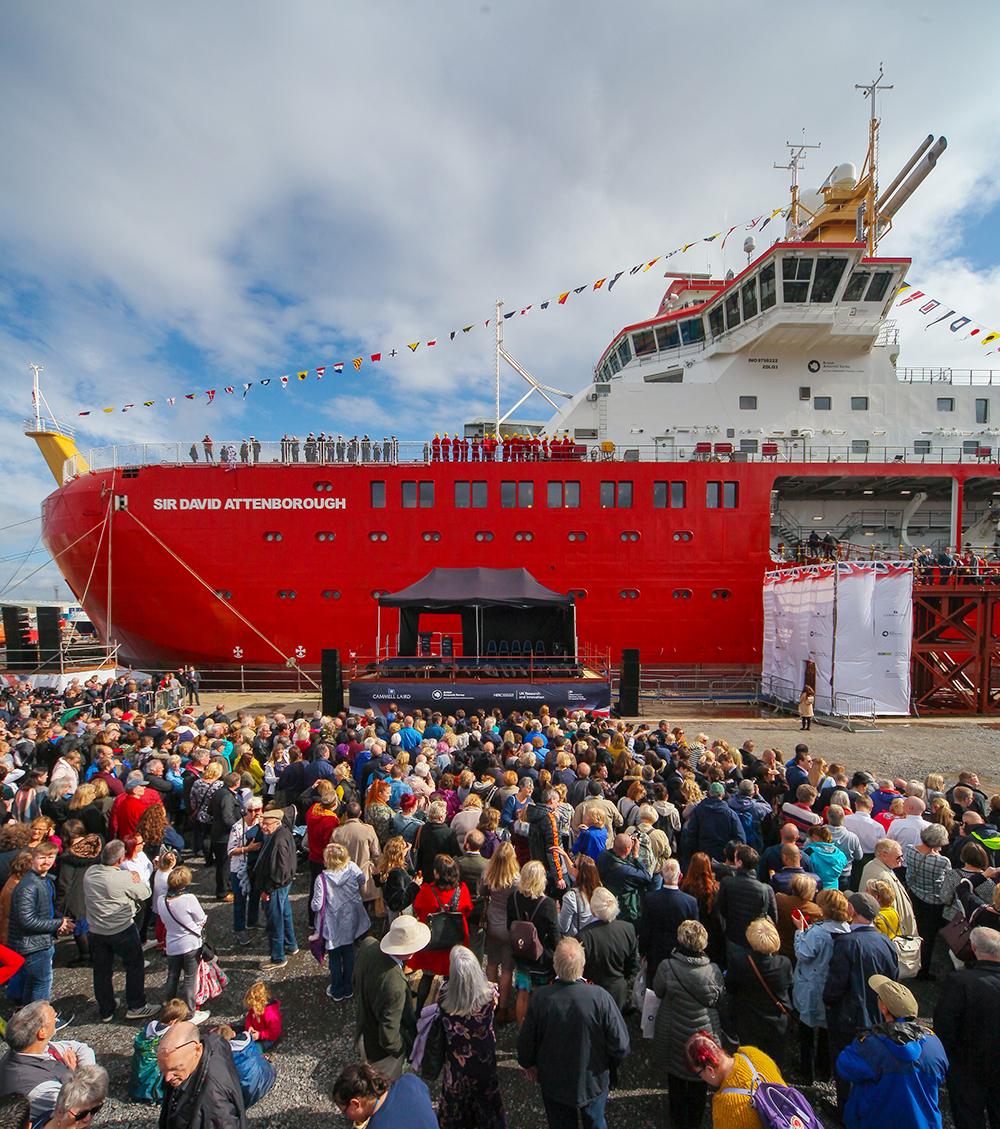 These sensors allow for real-time monitoring and recording of water salinity and temperature. They can also take water samples at specific depths for further analysis in the laboratory.

The RRS Sir David Attenborough is designed to examine samples and conduct experiments while at sea. To facilitate these needs, the research vessel is equipped with 750m2 of laboratory space.

Many of these areas have controlled environmental conditions, allowing researchers to manage temperature, salinity or light levels.

The vessel will also be able to accommodate up to 17 mobile container laboratories. These are standard shipping containers with purpose-built laboratories inside, which can be added or removed between voyages.

RRS Sir David Attenborough – timeline and key dates
Follow the timeline of the new polar research ship, from naming and construction to sea trials and beyond 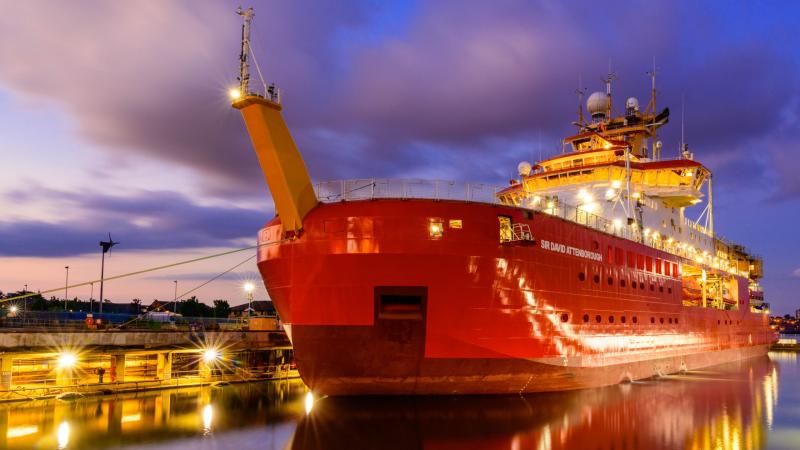 Where is the RRS Sir David Attenborough now?
Track the UK's polar research vessel as it carries out important scientific research with the British Antarctic Survey 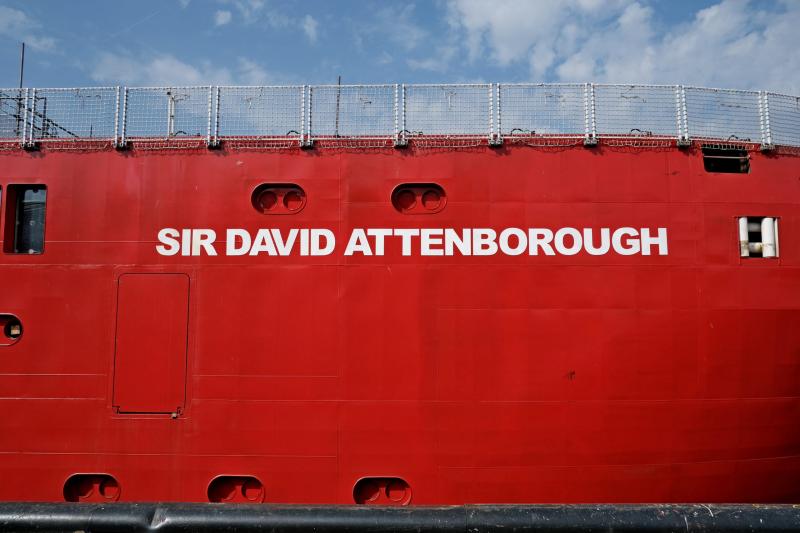 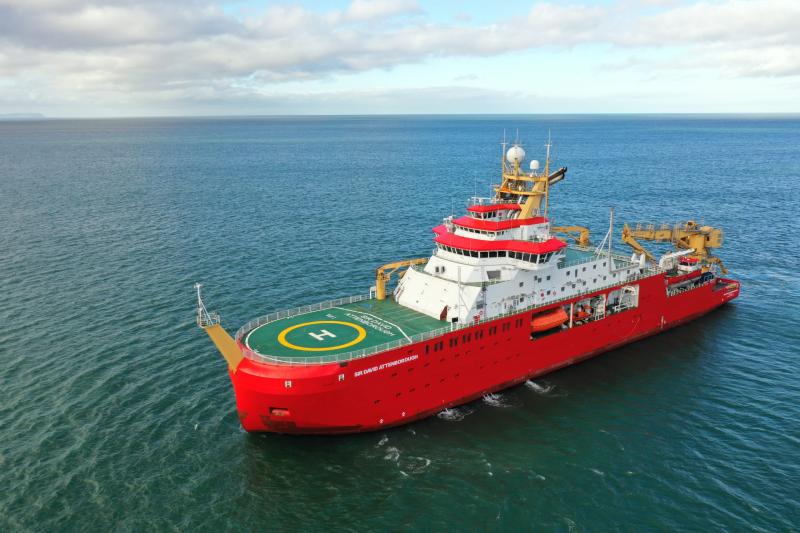