The term 'supermoon' originates from a concept in astrology, but has been adapted and given a strict definition within astronomy. If the Moon is within 10 per cent of its closest distance at the moment of full moon, it is considered to be a supermoon.

During a supermoon, the Moon appears up to 14 per cent bigger and 30 per cent brighter than the furthest a full moon can be.

When is the next full moon?

When is the next supermoon?

How can I see the supermoon?

So long as there’s not too much cloud, the full Moon will be an unmistakable white orb in the sky. This is a good opportunity to use a small telescope or a pair of binoculars to see the Moon's detailed surface, or even try taking a few interesting moon photos.

However, you can see the Moon perfectly well with just your eyes. Seeing moonrise just after sunset or moonset just before sunrise will be an impressive sight as it will appear enormous compared to the surrounding landscape.

This is due to an optical illusion. During moonrise, the Moon looks bigger than it is because our brain doesn’t understand that the sky is a dome. It falsely projects things near the horizon to appear larger than they actually are. 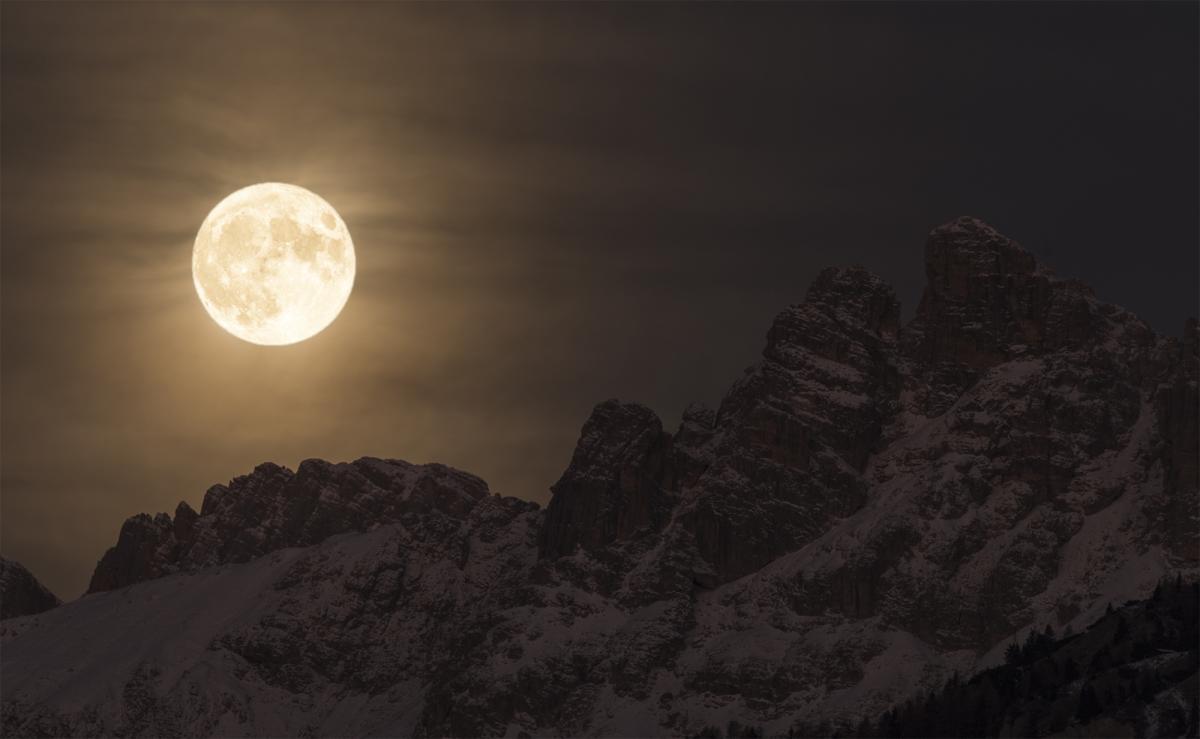 How to photograph a supermoon

Photographer Giorgia Hofer explains her photo ‘Super Moon’, taken on 14 November 2016, which was shortlisted in the Our Moon category in the Insight Astronomy Photographer of the Year competition 2017:

"On the night of 14 November 2016, the Moon was at perigee at 356,511 km away from the centre of Earth, the closest occurrence since 1948. It will not be closer again until 2034. The Moon on this night was 30% brighter and 14% bigger than other full moons. In this shot, the Moon is setting behind the Marmarole, a mountain group that is in Cadore, in the heart of the Dolomites in Italy."

What is a supermoon lunar eclipse?

The last time a total lunar eclipse coincided with a supermoon was on 21 January 2019.

How do supermoons affect tides?

The tides are caused by the gravitational forces of the Sun and the Moon on the Earth’s oceans. When the Moon is closer to the Earth during a supermoon, the gravitational pull is slightly stronger, and so the tides are bigger. However this effect is almost negligible, with only a couple of inches difference between a normal full moon and supermoon tide.

However, full moon and new moon tides can be much bigger than tides at other times in the lunar month, as the Sun adds its own gravitational pull into the mix, producing the so-called spring tides.