HMT Empire Windrush is best remembered today for bringing one of the first large groups of post-war West Indian immigrants to the United Kingdom.

The ship carried 1027 passengers and two stowaways on a voyage from Jamaica to London in 1948. Of these, more than 800 passengers gave their last country of residence as somewhere in the Caribbean.

The Windrush's arrival has become symbolic of the generation of Commonwealth citizens who came to live in Britain between 1948 and 1971.

But what is the history of the ship that gave its name to the 'Windrush generation'? 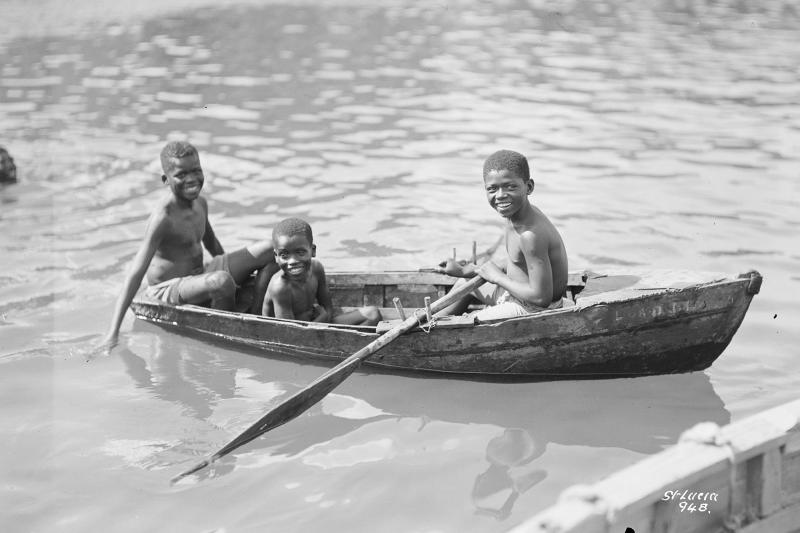 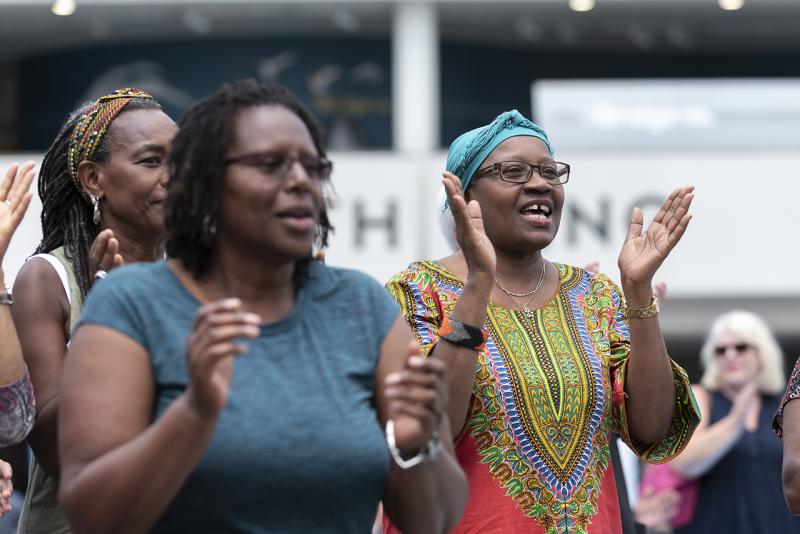 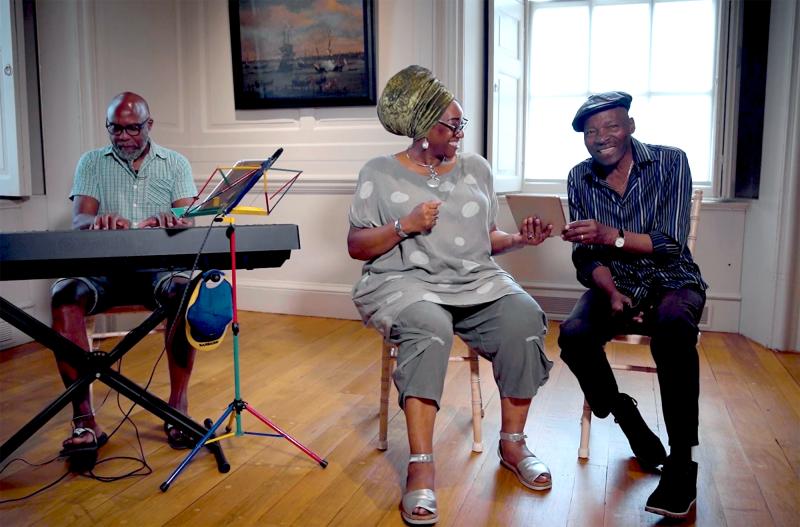 When was the Windrush built?

The vessel was built by German shipbuilding firm Blohm & Voss, the same shipbuilders who would also go on to build Second World War battleship Bismarck.

Monte Rosa was originally built as a cruise ship, taking German travellers to Europe and South America on Nazi-approved holidays.

As late as 1936, the ship was carrying passengers between Hamburg and London. Historian and author Paul Arnott reveals in his book Windrush: A Ship Through Time that the cruise ship made more than 20 such package holiday journeys: tourists bound for London would disembark in Greenwich, close to where the Cutty Sark is now.

Find books about the Windrush generation Shop
Homecoming: Voices of the Windrush Generation by Colin Grant
£9.99
Homecoming is an unforgettable portrait of a generation, which brilliantly illuminates an essential and much-misunderstood chapter of our history...
Buy Now However, with the outbreak of war the Monte Rosa was requisitioned by the Nazis and initially used to transport troops during the German invasion of Norway. Later in 1942, according to Arnott, the vessel was one of a number of ships used for the deportation of Norwegian Jews.

"For this vile purpose the Windrush was transformed from troop carrier to prison ship," Arnott writes. "The below decks areas had been cleared of tables and chairs and become a series of huge cages, where the prisoners would be divided by sex and age. The food on board was little more than thin soup and oatmeal.

"On arrival in Hamburg, the transportees were made to board wagons at gunpoint. These were hitched to a steam engine destined for Auschwitz."

Why was the ship called the Windrush?

MV Monte Rosa was captured as a prize of war by the British in 1945. A year later the ship was renamed the Empire Windrush.

The 'Empire' part of the name follows the pattern of other merchant ships controlled by the British government during and after the Second World War. 'Windrush' meanwhile was named after the River Windrush in the Cotswolds.

When did the Windrush arrive at Tilbury Dock?

On 22 June 1948, the Windrush arrived at Tilbury Docks in Essex, the first stop for the British Caribbean citizens before travelling on towards London.

The Pathé news footage above captured the passengers' arrival; the report explains how many of the migrants are "ex-servicemen who know England".

They served this country well. In Jamaica they couldn’t find work. Discouraged but full of hope, they sailed for Britain, citizens of the British Empire coming to the Mother Country with good intent.

The report ends with a live performance from Calypso singer Aldwyn Roberts (known by the stage name 'Lord Kitchener'), singing the specially-written song ‘London Is the Place for Me’.

Despite the apparent novelty of the new arrivals for attending journalists, the Windrush was not the first ship to bring migrants from the West Indies to Britain. As historian David Olusoga points out, "In March 1947, the SS Ormonde transported 108 migrants from Jamaica to Liverpool. In December that year the Almanzora, carrying around 200 people from the West Indies, docked at Southampton."

The 'welcome' recorded by the Pathé footage does not tell the full story either. Just two days after the Windrush docked, a group of 11 Labour MPs wrote to Prime Minister Clement Attlee calling for a halt to the "influx of coloured people".

Attlee's reply, available to view in the National Archives, said that "it would be a great mistake to take the emigration of this Jamaican party to the United Kingdom too seriously".

It is difficult to prophesy whether events will repeat themselves, but I think it will be shown that too much importance – too much publicity too – has been attached to the present argosy of Jamaicans. Exceptionally favourable shipping terms were available to them, and there was a large proportion of them who had money in their pockets from ex-service gratuities. These circumstances are not likely to be repeated; yet even so not all the passages available were taken up.

Who was on board the Windrush?

1027 passengers were on board the Empire Windrush when it arrived in Britain. The ship's original passenger list is held by the National Archives, although the individual passenger cards were destroyed by the Home Office in 2010.

The free database contains names, nationality, occupations, and planned destinations for all passengers on board. Search the Windrush passenger records here. 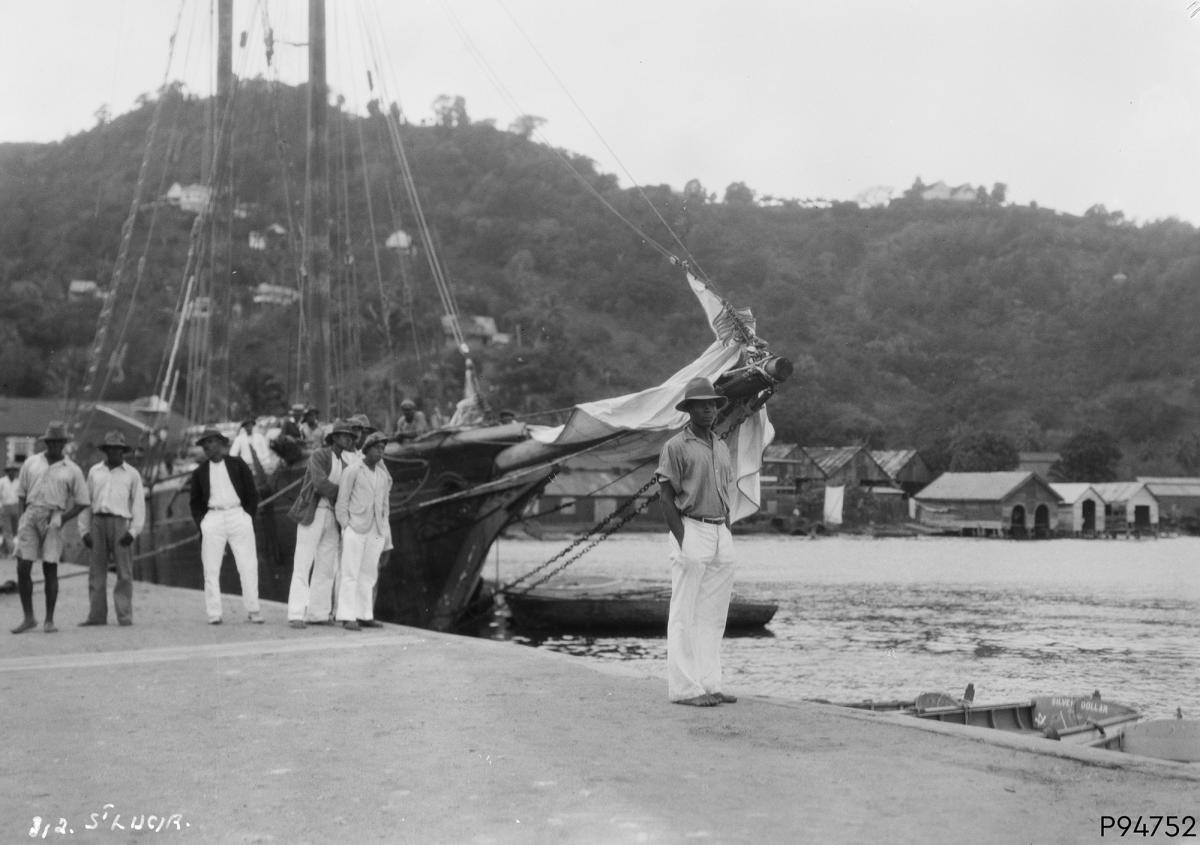 802 passengers gave their last country of residence as somewhere in the Caribbean, of whom 693 intended to settle in the United Kingdom.

Jamaica was the most popular country of origin (539 people), followed by Bermuda (139), England (119), Trinidad (73), British Guiana (44) and other Caribbean and non-Caribbean countries.

66 passengers – mainly displaced Polish refugees who had been granted British citizenship following the Second World War – had boarded the ship in Mexico.

Historic photographs of the West Indies

There were a number of misconceptions about the new arrivals. A Daily Mirror report published the day after the Windrush docked expressed surprise at the "expensive suits" worn by some of the arrivals.

Thirty-five-year-old Jamaican Oswald M Denniston explained to the reporter, "Most of us are job-seekers, but others are here to finish their trades and education.

"The very poor can't leave Jamaica. They must have £28 for their passage and another £5 on them when they sail," he said, adding, "It wasn't poverty that brought me here."

236 people who had no place to stay were temporarily housed in the deep-level air raid shelter in Clapham Common. The nearest employment exchange to the shelter was in Brixton; many of the original migrants eventually found accommodation in the area.

In 1998, the public space outside what is now the Black Cultural Archives was renamed Windrush Square to mark the 50th anniversary of the arrival of the Windrush.

What happened to the Windrush?

The Windrush continued to be used as a troop carrier into the 1950s, including transporting British soldiers to Korea in October 1950 as part of the United Nations forces involved in the Korean War.

In February 1954 the Windrush set sail from Yokohama in Japan on what would prove to be its final voyage.

On 28 March, while the Windrush was sailing off the coast of Algeria, an explosion in the engineroom resulted in a huge fire.

Four members of the crew - G.W. Stockwell, J.W. Graves, A. Webster and L. Pendleton - were killed in the explosion, but the remaining crew and all 1,276 passengers were saved. The Guardian called it "one of the greatest rescues in maritime history".

The Royal Navy attempted to tow the Windrush back to Gibraltar, but the ship sank in the early hours of 30 March.

Memories of the Caribbean

Do these historic photographs inspire memories? We want to hear from you
Explore the images Find more stories