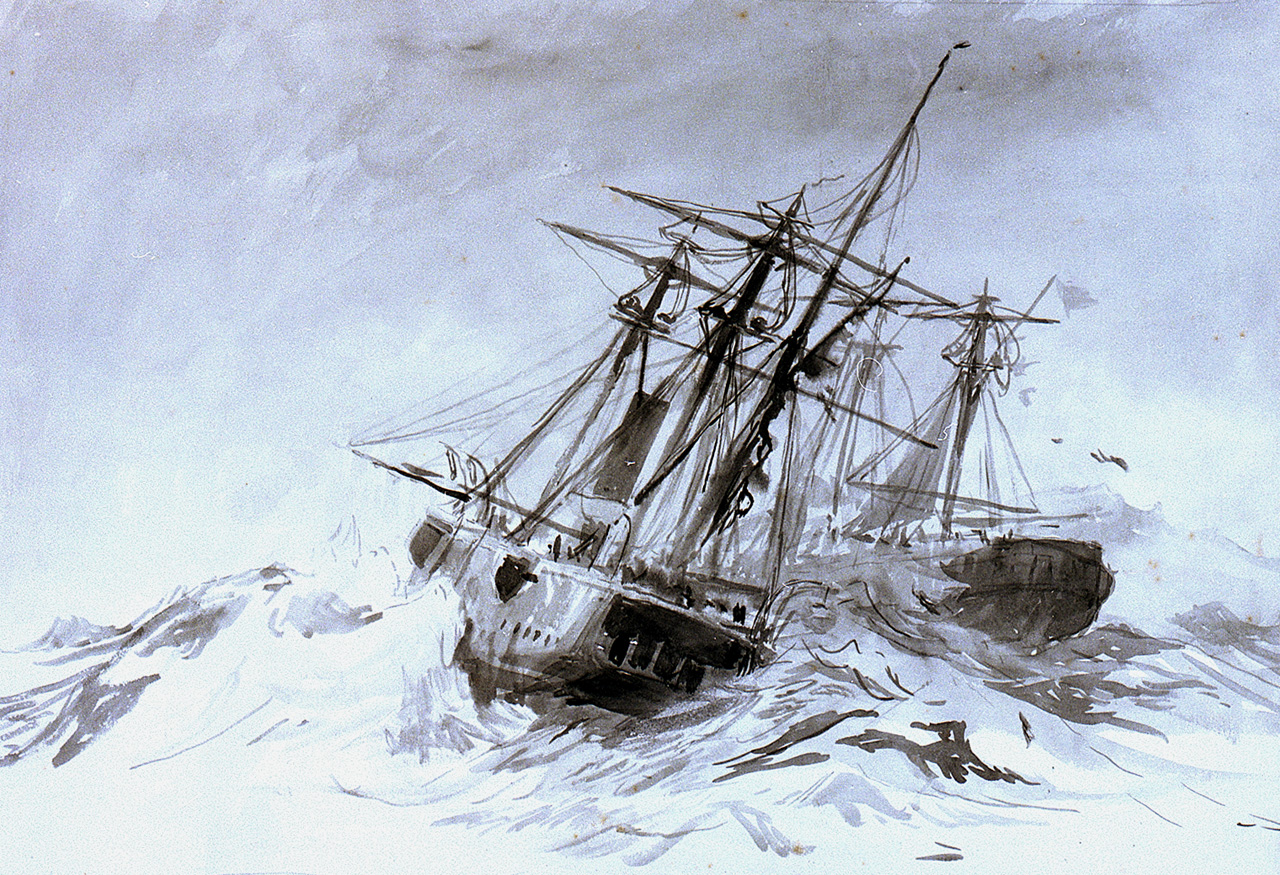 Storm: study for the escape of HMS 'Calliope' from the hurricane at Apia, Samoa, 1889

original art: drawing. The 'Calypso'-class corvette 'Calliope' (1884 but reclassified as a third-class cruiser in 1887) is most famous for being the only ship to escape from the crowded harbour at Apia, Samoa, in March1889 when hit there by a tropical cyclone while attempting to moderate in a colonial stand-off between ships of the United States and Imperial German navies. With superb seamanship under her captain, Henry Coey Kane, and thanks to working her engines at their limits, she managed to make an offing while all the German and American vessels present were wrecked or stranded. The episode is particularly well-known since the writer, Robert Louis Stevenson, who passed his last years as a semi-invalid in Samoa owing to its normally beneficial climate, gave an account of it. This is a study for an etching which was one of Wyllie's exhibits at the Royal Academy in 1892. 'Calliope' was only scrapped in 1951 after serving for many years as the Royal Naval Reserve headquarters ship at Newcastle-on-Tyne, where her name continues as that of the modern naval shore-establishment. See also PAF1737. [PvdM 6/13]
Back to Search Results
Buy a print License an image
Share:
Link copied to your clipboard!