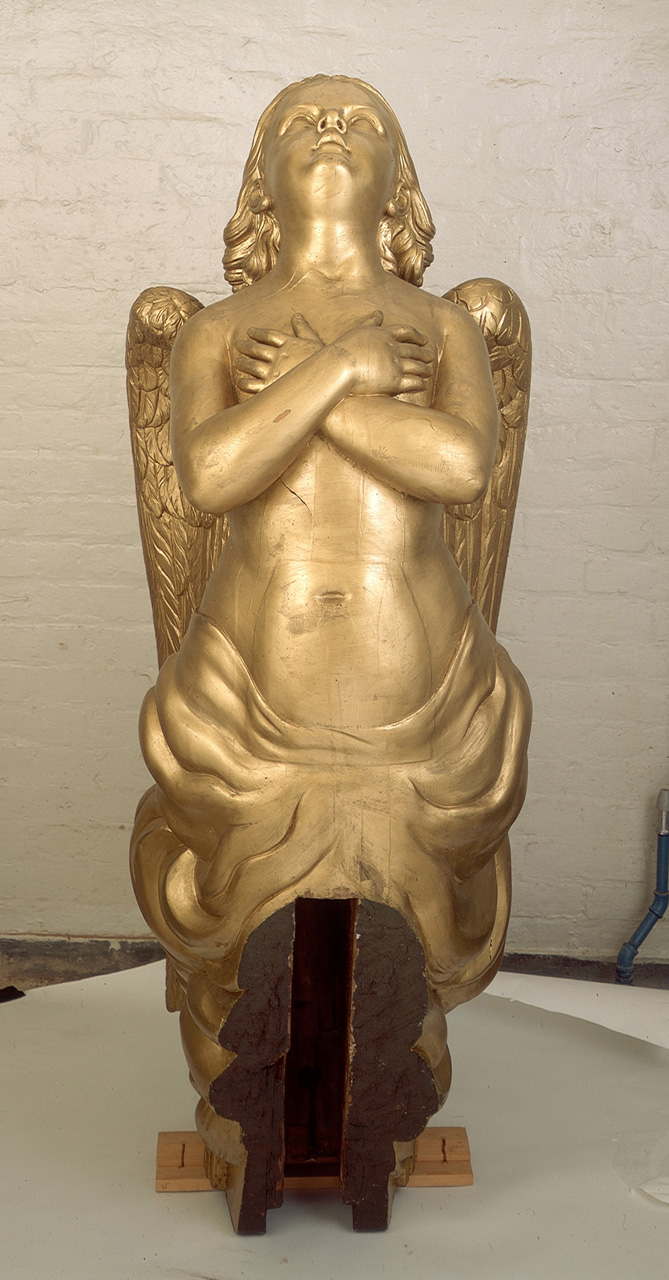 Gold-painted half-length figurehead of Thomas Brassey's steam yacht 'Sunbeam',1874, representing a female angel, looking upwards and forwards with hands crossed on the breast. It is based on Brassey’ s daughter Constance Alberta, whose nickname was 'Sunbeam'. Born on 18 February 1868 she died of scarlet fever, aged four, on 24 January 1873 and the 531-ton luxury yacht, launched the following year, commemorates her in both its name and with the figurehead.

Brassey (1836–1918), son of Thomas senior the railway contractor, was a Liberal politican with a particular interest in naval matters. He was Civil Lord of the Admiralty in 1880–84 and governor of Victoria, Australia, 1895–1900. Knighted in 1881, he became a baron in 1886, the year he inaugurated the celebrated 'Brassey's Naval Annual', and Earl Brassey in 1911. His wife Annie (1839–87) was a passionate traveller and a writer on travelling, whose best-selling 'Voyage of the Sunbeam' (1878) records their 11-month family voyage round the world in 1876–77. As HM Yacht 'Liberty', 'Sunbeam' was later used as a hospital ship in the First World War.
Back to Search Results
Buy a print License an image
Share:
Link copied to your clipboard!