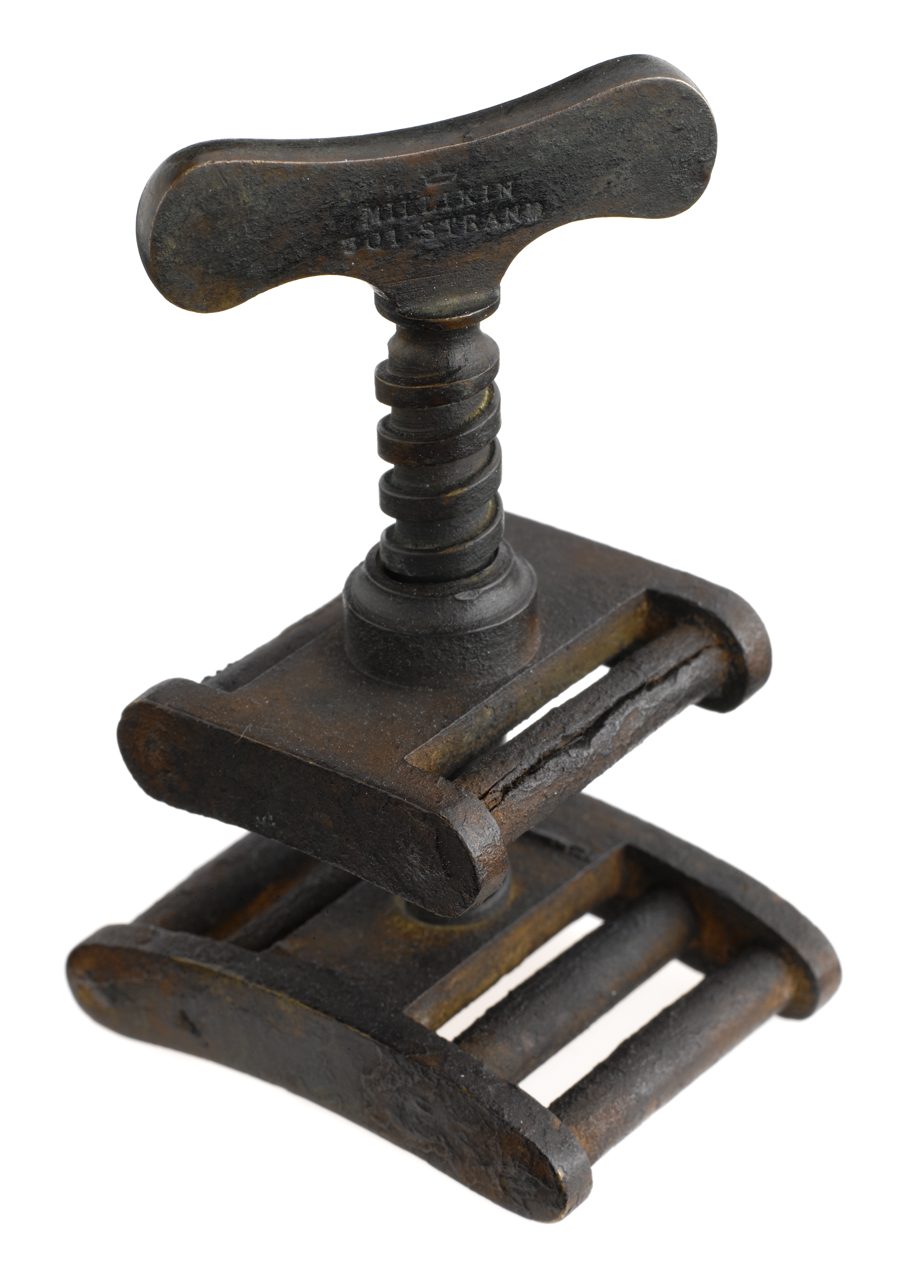 A Petit's-type brass tourniquet screw clamp from the 1845 Northwest Passage Expedition led by Sir John Franklin. The canvas strap is missing. The handle has 'Millikin / 301 Strand' punched into the metal.

The tourniquet was recovered by the US expedition under Lieutenant Frederick Schwatka between 1878-1880. It is described as 'Item 55. Surgeons tourniquet found at Irving Bay' in the 1881 catalogue of items that he sent back to Britain in 1881 [TNA, ADM 1/6600].

Schwatka's expedition arrived at Irving Bay (their name for the bay just below Victory Point) on the north west coast of King William Island on 25 June 1879 where they discovered Lt. Irving's grave. This was the place where the crews of 'Erebus' and 'Terror' landed after abandoning their ships. On the return trip from Cape Felix they revisited the site on about 11 July 1879 and located material along the coast near the grave and Victory Point. During this search, Schwatka recorded that 'Toolooah found a surgeon's tourniquet.' [Schwatka, page 85].

The tourniquet was displayed in the Royal Naval Museum, Greenwich, 'Case 3, No. 11. Surgeon's tourniquet'. It was also in Display 14 at the Royal Naval Exhibition at Chelsea in 1891.
Back to Search Results
Buy a print License an image
Share:
Link copied to your clipboard!