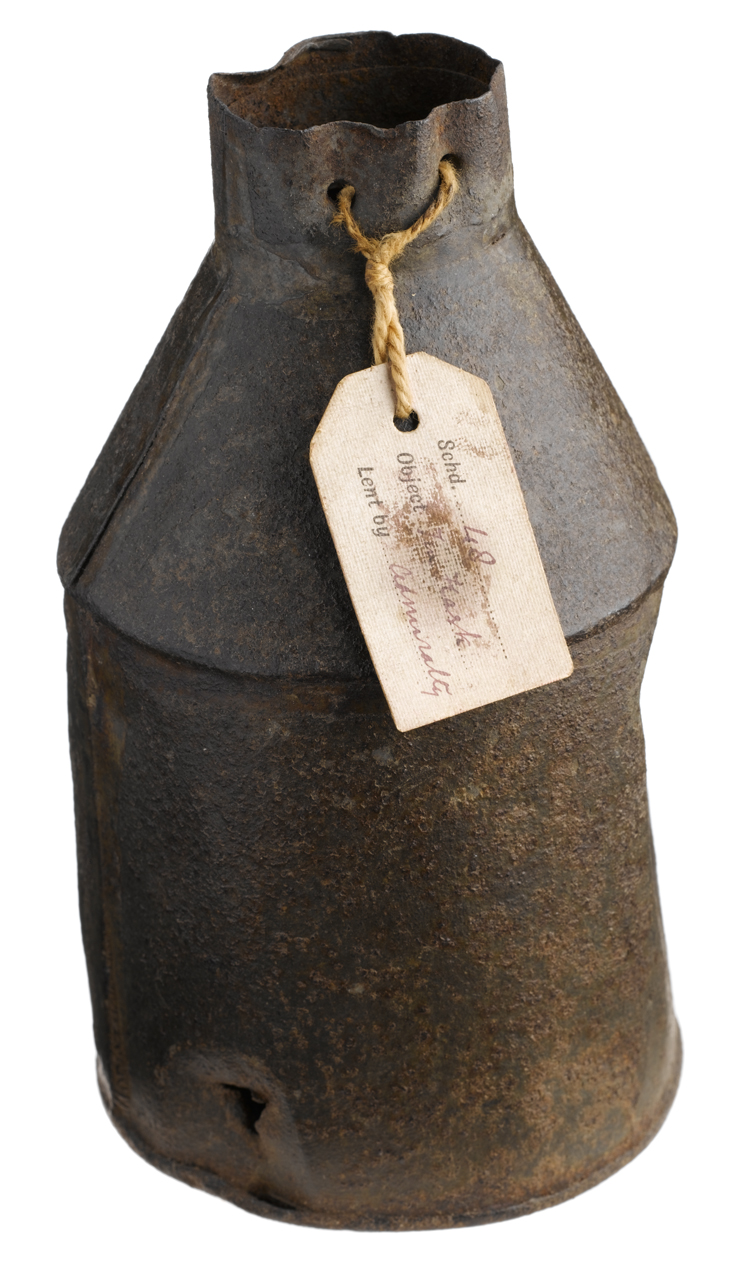 A tinned iron cylindrical flask with conical top from the 1845 Northwest Passage Expedition led by Sir John Franklin. The short neck of the top has two holes in it and a label attached by twine reading 'Schd. '48' / Object 'Tin Flask' / Lent by 'Admiralty'.

The flask was recovered by the US expedition under Lieutenant Frederick Schwatka between 1878-1880. It is described as 'Item 14. Tin flask from a native cache on Wall Bay' in the 1881 catalogue of items that he sent back to Britain in 1881 [TNA, ADM 1/6600]. The second tin flask (AAA2258) recovered has a Schwatka label '55' corresponding with a later entry in the 1881 catalogue for a tin flask.

Schwatka's expedition visited Cape Maria Louisa twice, which is just south of Wall Bay: on the way to Cape Felix in mid June 1879 and then around 12 July on the return trip. Gilder records that they found a 'tin powder can' among the items retrieved from the cache. [Gilder, page 148]. Heinrich Klutschak reported that an Inuk had told the expedition that he had cached these items under a rock for lack of transport but was unable to find them when he came back. [Klutschak, page 94].

Painted on the item in white letters is '(12) TIN FLASK FROM WALL BAY ' indicating that it was displayed in the Royal Naval Museum, Greenwich, 'Case 11, No. 12. Tin flask'. It was also in Display 15 at the Royal Naval Exhibition at Chelsea in 1891.
Back to Search Results
Buy a print License an image
Share:
Link copied to your clipboard!