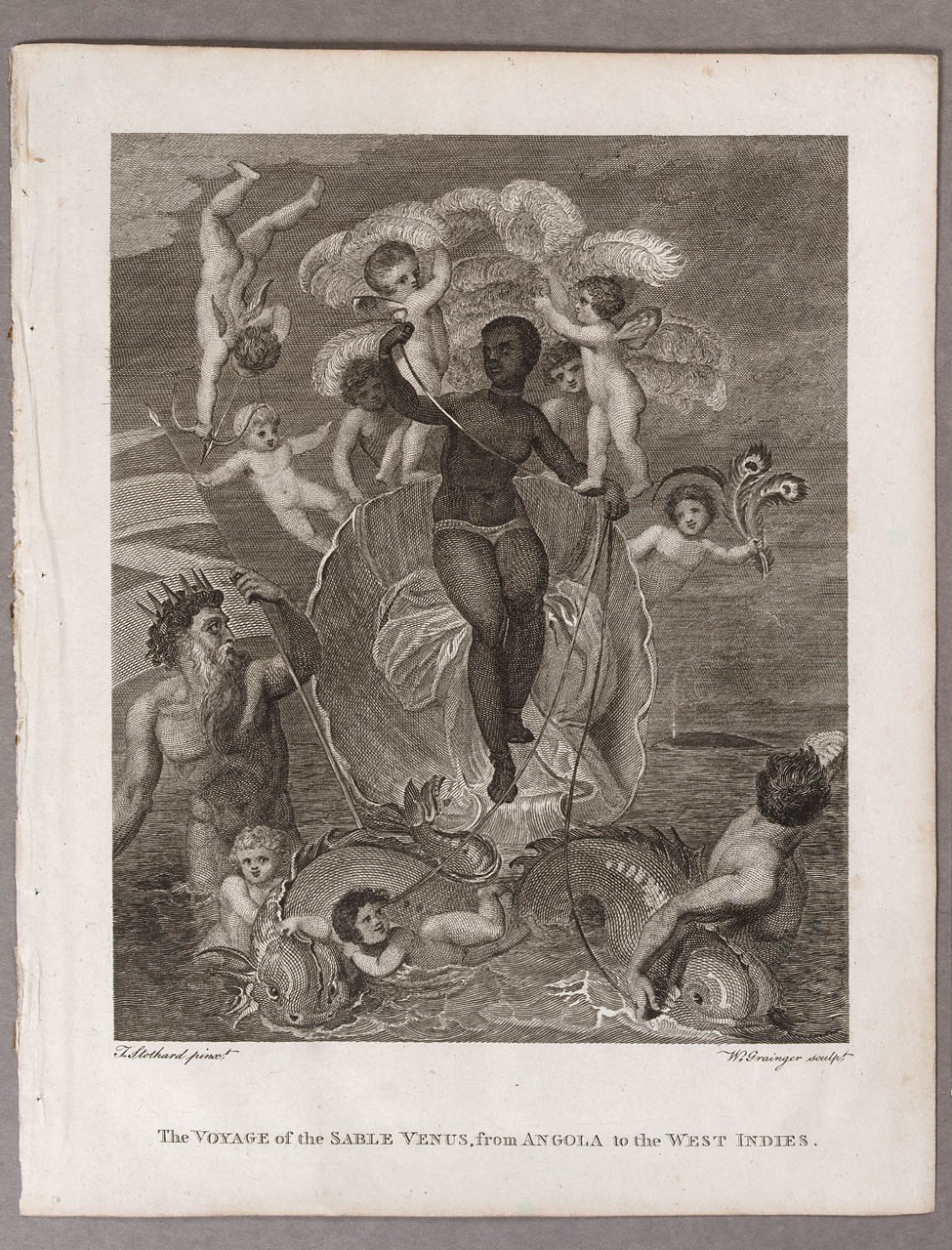 This etching is a plate by Thomas Stothard from the third edition of Bryan Edwards’ 'The history, civil and commercial, of the British colonies in the West Indies', (1801).

Thomas Stothard was a highly prolific artist and book illustrator. Inspired by Sandro Botticelli’s fifteenth-century masterpiece 'The Birth of Venus', Stothard presents an African woman (the ‘Sable Venus’) standing on a half-shell, attended by cherubs, being towed by dolphins to the Americas. To the left is Triton carrying the British flag and guiding the procession across the ocean, looking the woman.

This depiction of the Middle Passage there is no reference to the horrors endured by those transported across the Atlantic on slave ships.
Back to Search Results
Buy a print License an image
Share:
Link copied to your clipboard!