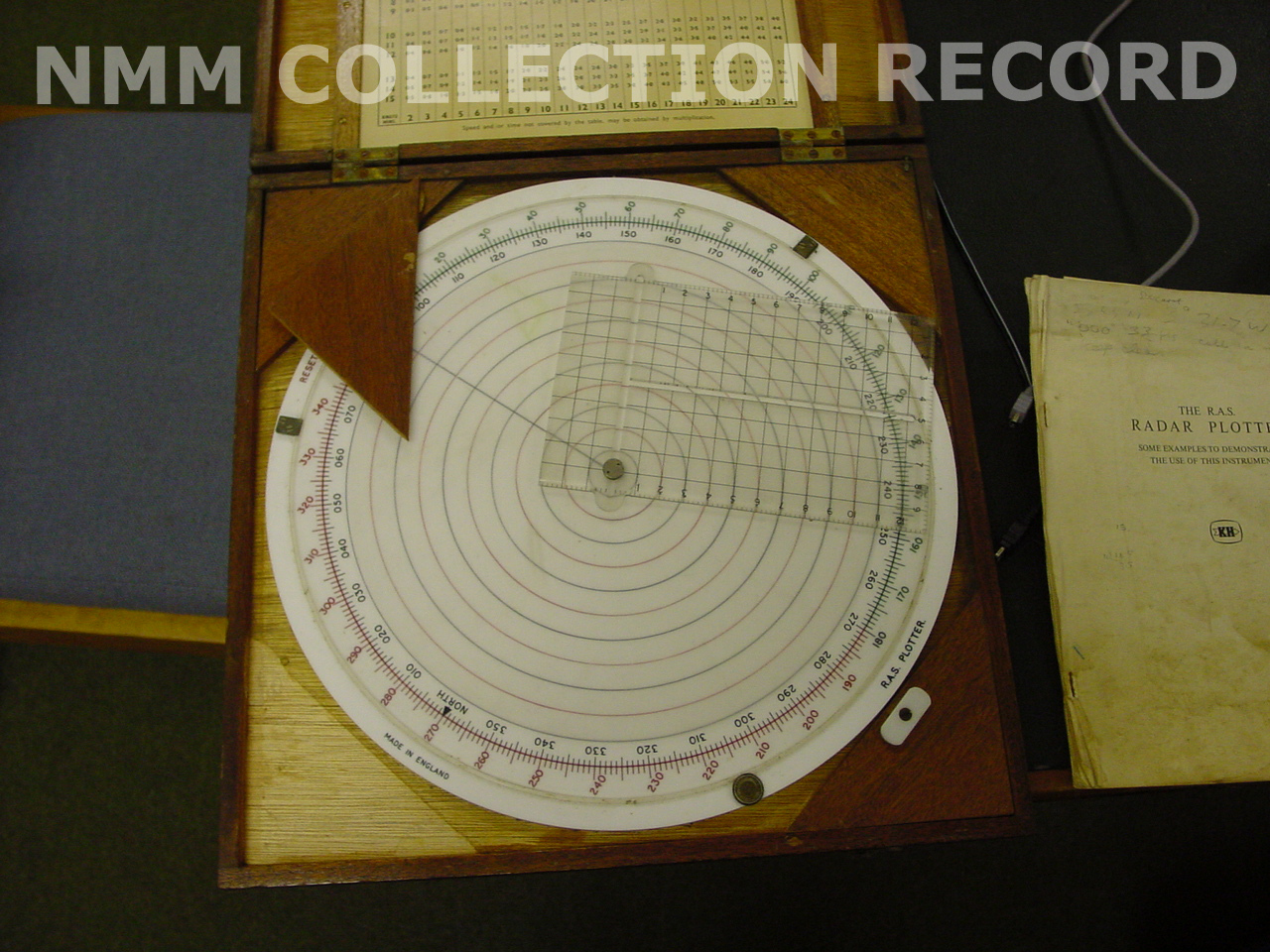 A radar plotter that can be used to plot information regarding another vessel's movements. It cosists of: a circular base grid marked 0-360 by 1 degree with 'SHIPS HEAD' at 0 and concentric rings within; a rotating circle of perspex, marked 0-360 by 1 degree with 'NORTH' at 0; a movable square grid marked 1-12 along its length and 1-9 along the side. It is contained in a wooden box, with a cardboard Time-Speed-Distance table inside the lid and a manual of examples to demonstrate its use.

White plastic disc graduated in green 0-180 and red 180-360. Has red and black concentric circles radiating from centre. Clear plastic circle lies on top of white circle. Clear circle graduated to 0-360 in black. This can be rotated .
Clear plastic oblong graduated in grids 1-9 1-12 lies on top of clear circle. Oblong can be moved by a T slit made in it.
Has two identical cards, Time, Speed, Distance. Table for use with R.A.S. Plotter. Has instructions for use on the reverse of the card.
Blooklet by Kelvin & Hughes on use of the card.
Booklet by Kelvin & Hughes on use of Plotter included in.
Held in wooden carrying box.
Back to Search Results
Buy a print License an image
Share:
Link copied to your clipboard!