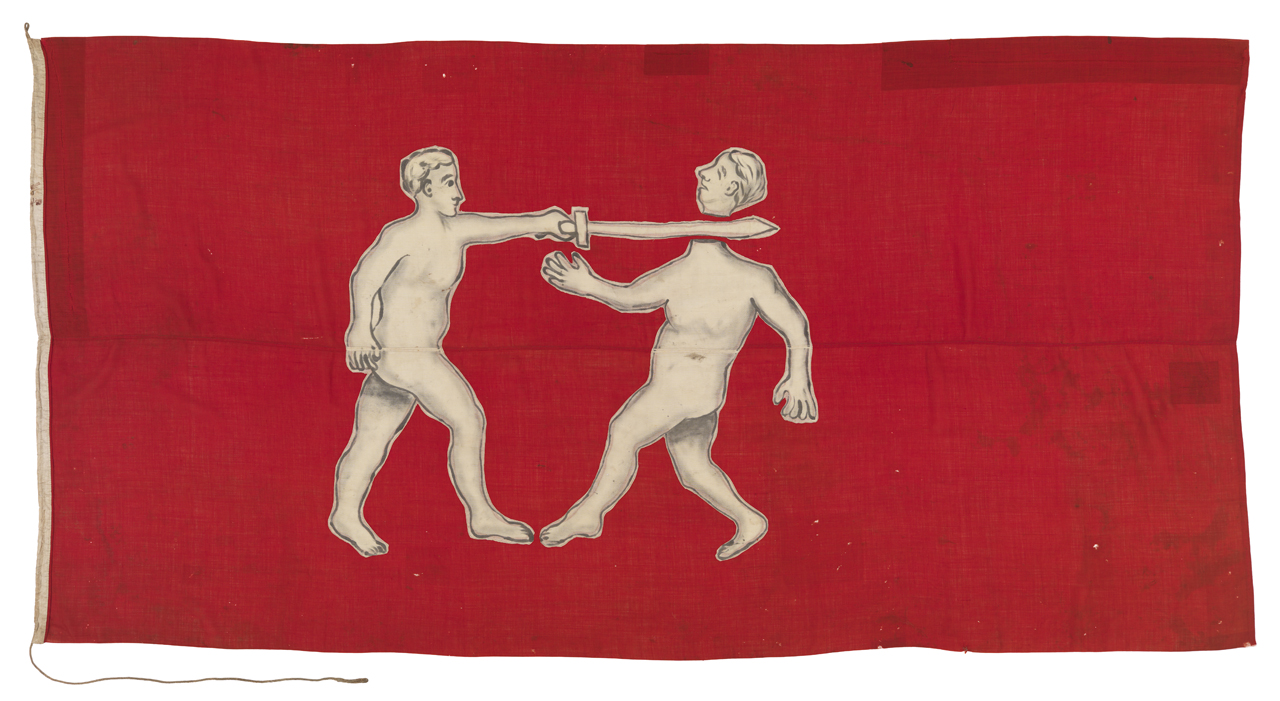 West African flag probably Itsekri. A red wool bunting flag with a linen hoist, machine sewn with a rope halyard attached. The design is applied in white fabric with painted details, representing a naked man decapitating another with a sword. The flag was said to have been brought back by Admiral F. W. Kennedy from the 1897 Benin expedition. 'Kennedy' is inscribed on a paper label attached to the rope.

The Itsekri people acted as middle men between the Edo people of Benin in the interior and the Europeans on the coast - the Edo would not cross or travel on waterways.

The Benin expedition was launched in reprisal against an attack on a British mission in the service of Niger Coast Protectorate by forces of the Oba of Benin. It was a combined naval and military operation under the command of Rear-Admiral Harry Holdsworth Rawson C.B. with local troops and carriers. The towns of Guato and Sapobar were attacked by detached forces while the main part of the expedition marched on Benin. The town was captured and accidentally burnt. Oba Overami, was exiled to Calabar where he died in 1914. The famous Benin bronzes were removed as reparations by the British.
Back to Search Results
Buy a print License an image
Share:
Link copied to your clipboard!