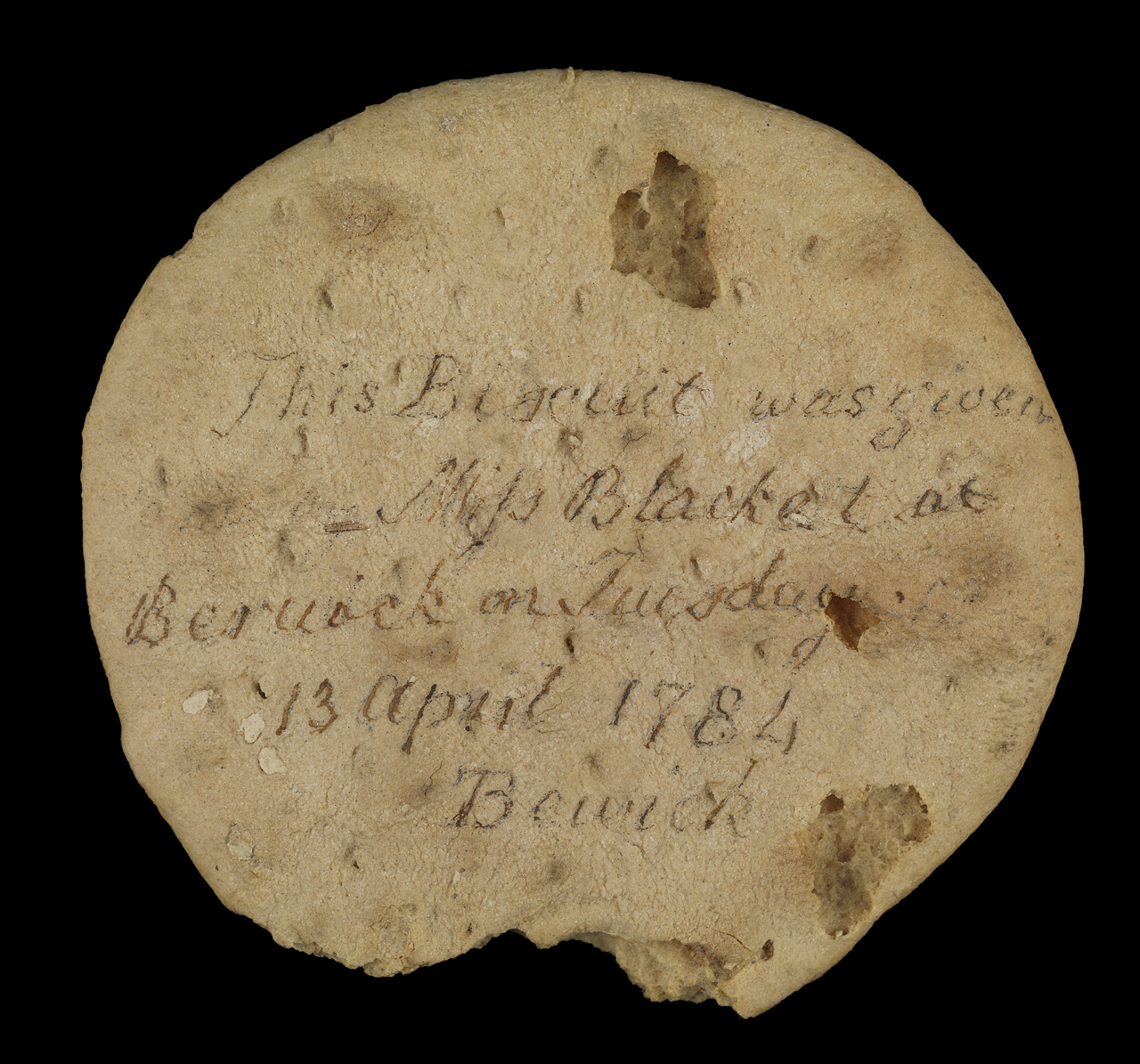 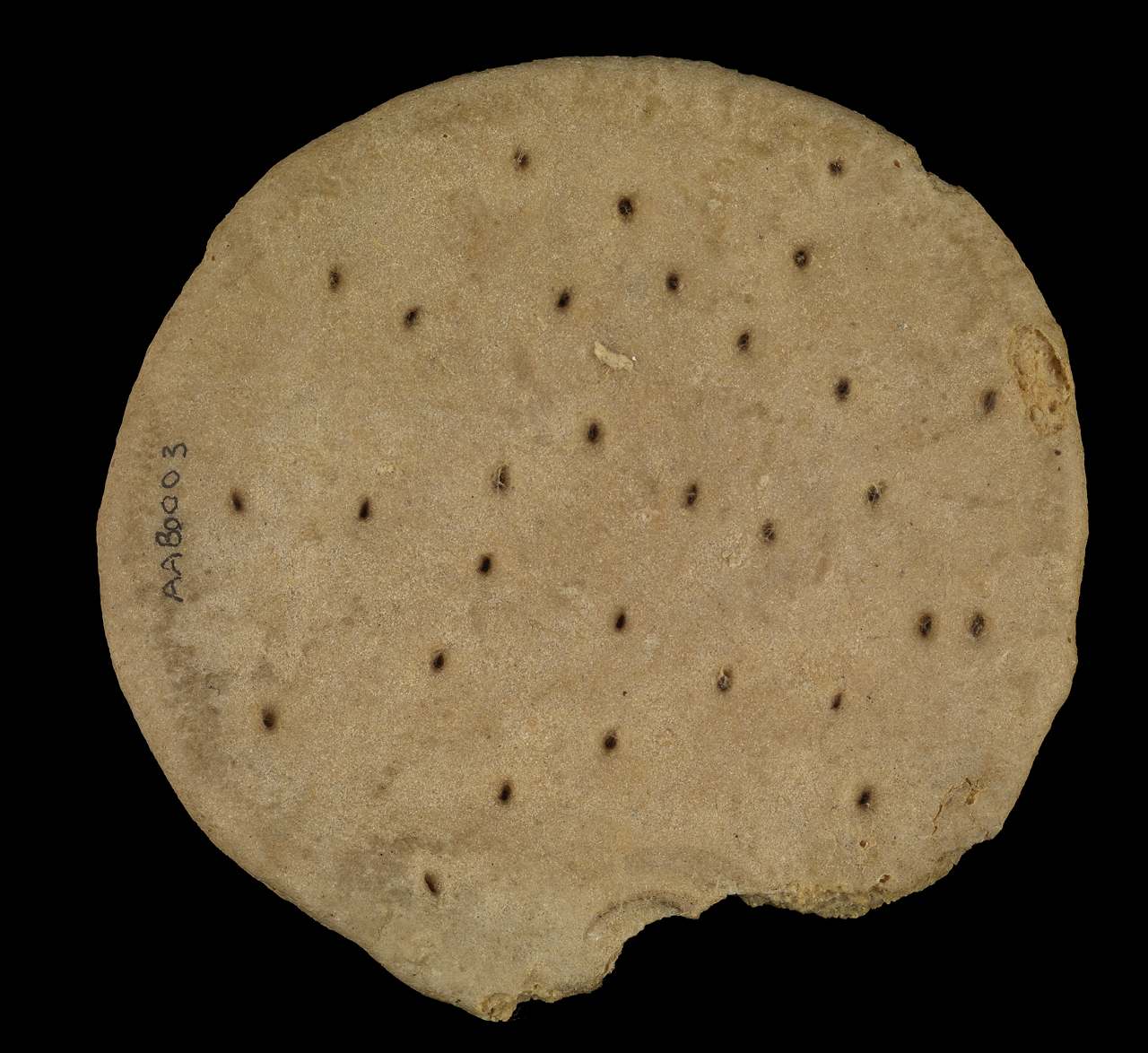 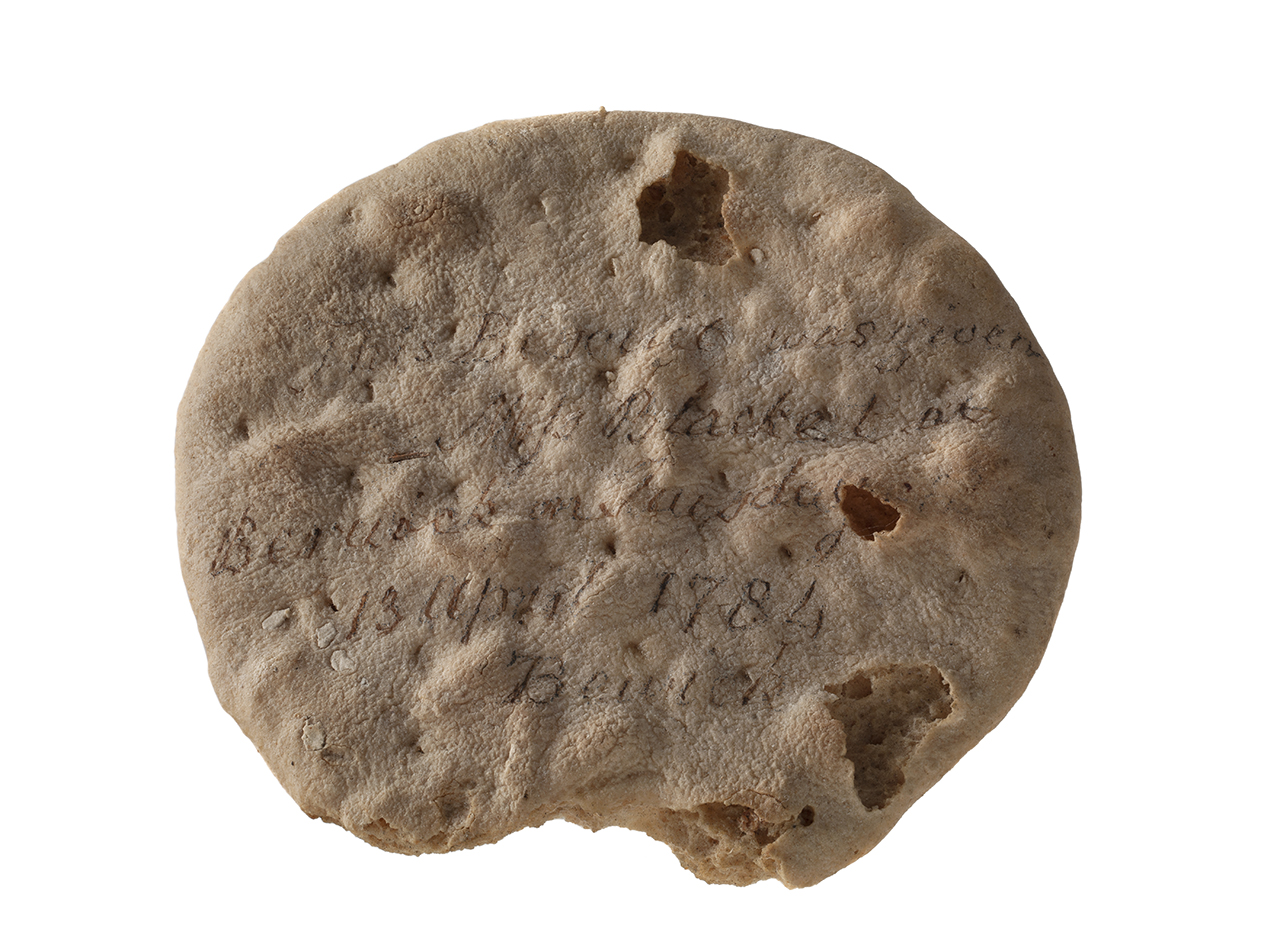 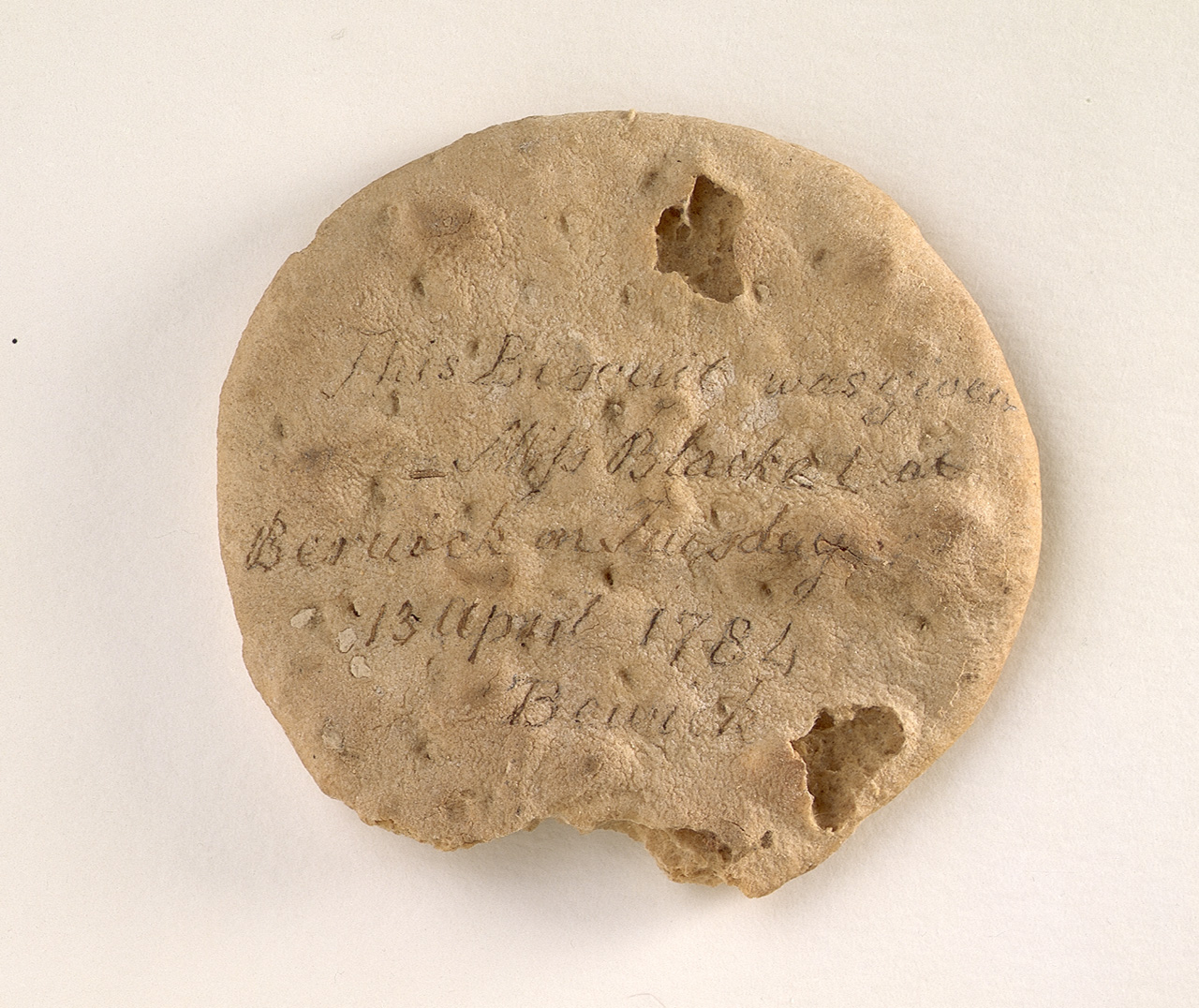 A round ship's biscuit, made of flour and salt, with perforations as an aid to baking. These hard-baked plain biscuits were standard naval sea issue and the normal seaman's ration in the late 18th-century Royal Navy was 7 ibs (3.2 kg) a week. While commonly known as 'hard tack' from their solidity when dry, the usual official term for them in logbooks and other official papers was 'bread' or sometimes 'ship's bread'. They were normally eaten by being softened in the liquor of boiled salt meat or 'portable soup' (see AAB0012). This one is inscribed: 'This biscuit was given - Miss Blacket at Berwick on Tuesday 13 April 1784, [signed] Bewick'. The inscription is thought to be by the wood engraver Thomas Bewick (1753-1828) in whose family it descended until about 1950.
Back to Search Results
Buy a print License an image
Share:
Link copied to your clipboard!