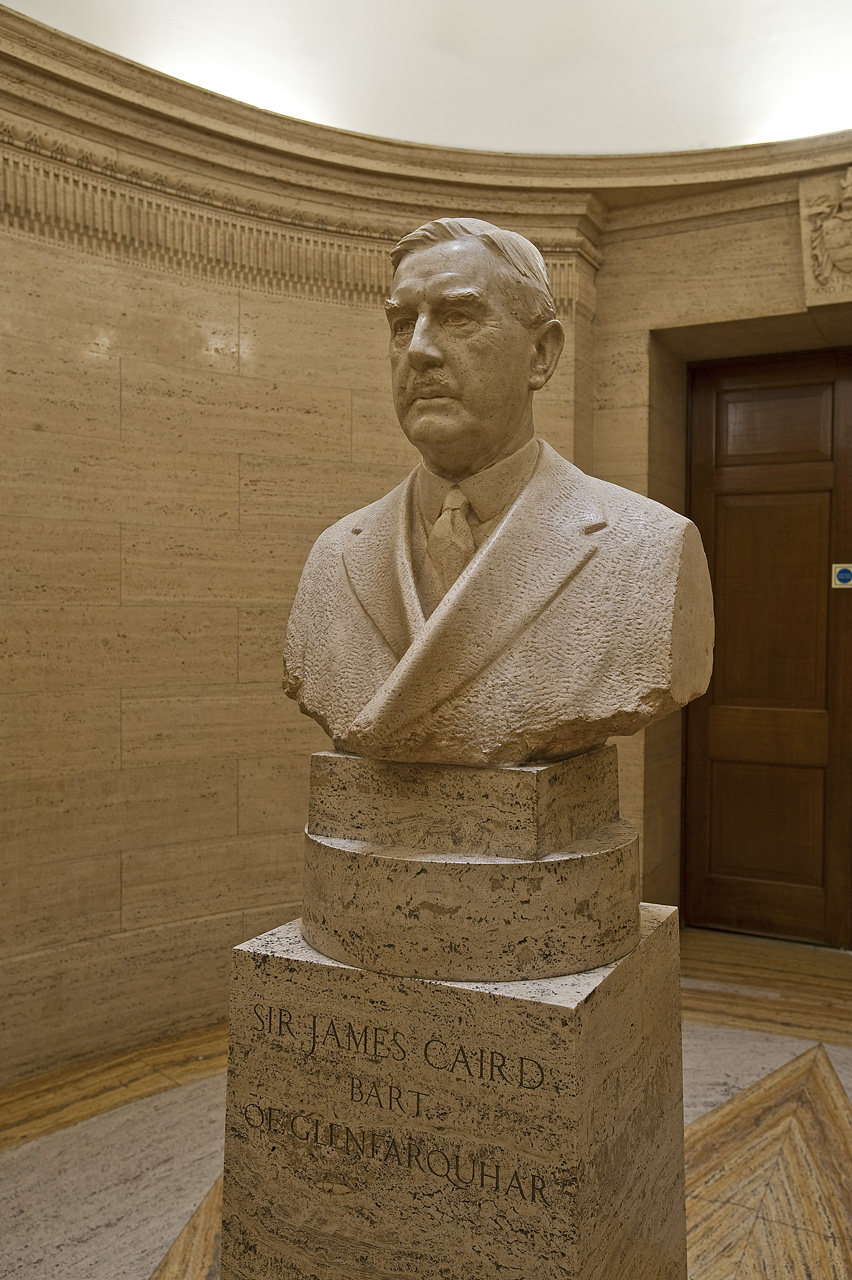 A solid marble head-and-part-shoulders bust, the bottom left rough and the shoulders cut off as flat vertical planes; signed on the back of the left shoulder 'Reid Dick 37'. Its purpose-built plinth is inscribed ' Sir James Card / Bart / of Glenfarquhar / Presented by the Society for Nautical Research / MCMXXXVII'. Caird is shown facing forward in contemporary dress of broad-lapelled suit jacket, waistcoat, shirt and tie. The whole was designed for and stands in the Museum's 'Caird Rotunda', itself devised (including the plinth) by Sir Edwin Lutyens PRA.

Caird, a Glasgow-born shipowner, was the founding benefactor of the NMM, into which he eventually put an estimated £1.25 million in terms of endowing its collections and converting the buildings from their previous use as the Royal Hospital School. He was persuaded, with some reluctance, to allow his colleagues and friends in the SNR to commission the bust, to be placed in the Museum's original library (1935/6-2011) to which the rotunda is vestibule. Lutyens' setting for it, for which Caird paid, also became more elaborate than originally intended, largely through the difficulty of managing Lutyens.

Dick (1879-1961), then a leading Establishment sculptor of usually reliably conservative style, originally delivered a patinated bronze bust (ZBA4374) which was exhibited at the Royal Academy in 1936 but which was not considered satisfactory. This version is its replacement, complaint about the proportion of head to body in the bronze being substantially resolved by the attenuation of the shoulders. Dick's other work includes the Kitchener Memorial Chapel at St Paul's Cathedral and the tombs of King George V and Queen Mary in St George's Chapel, Windsor.
Back to Search Results
Buy a print License an image
Share:
Link copied to your clipboard!