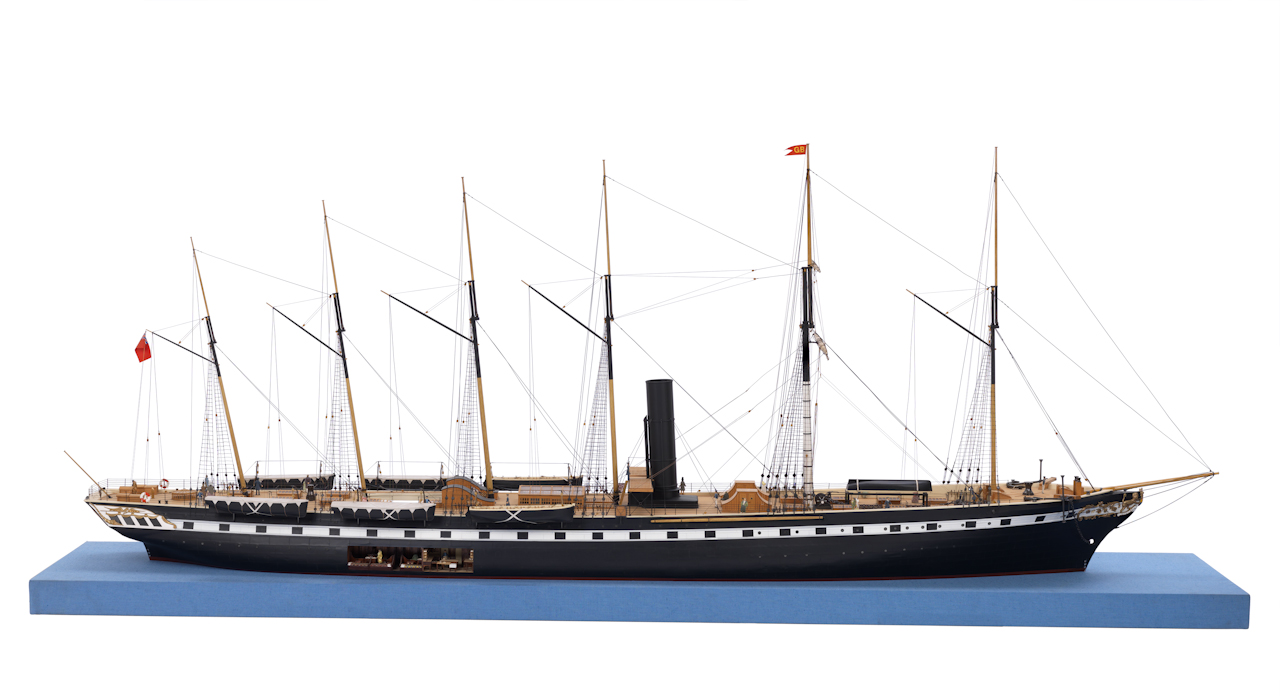 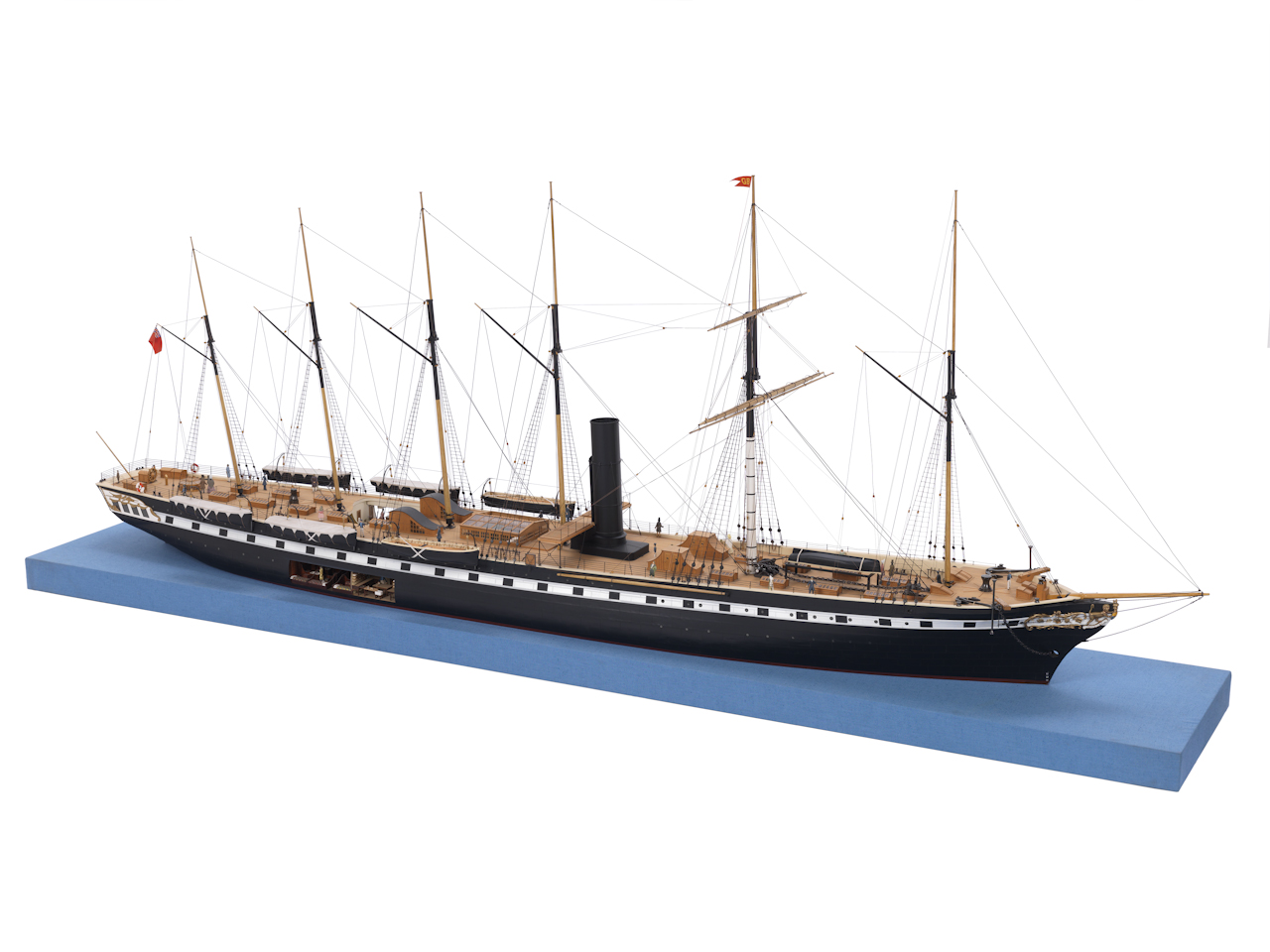 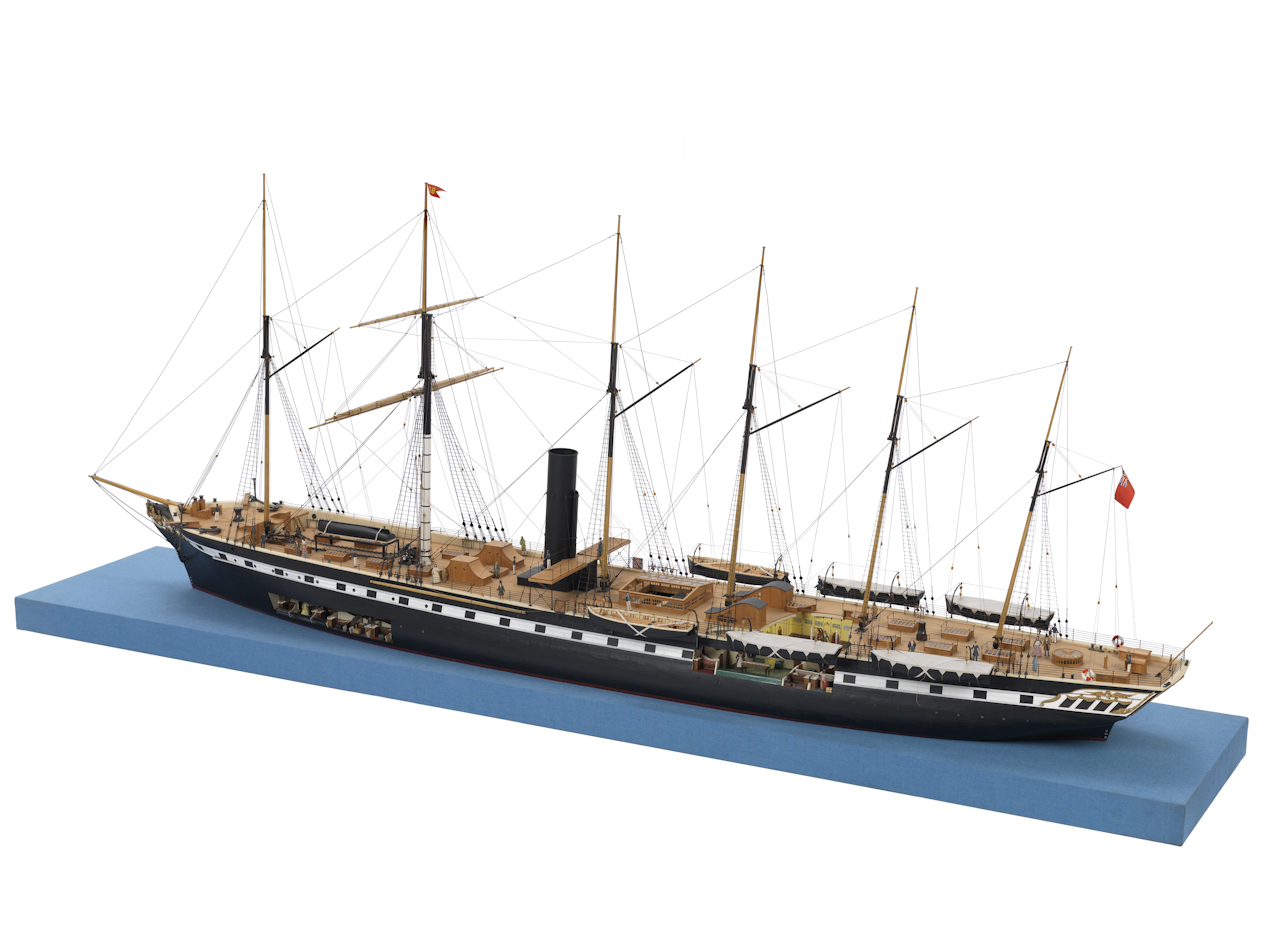 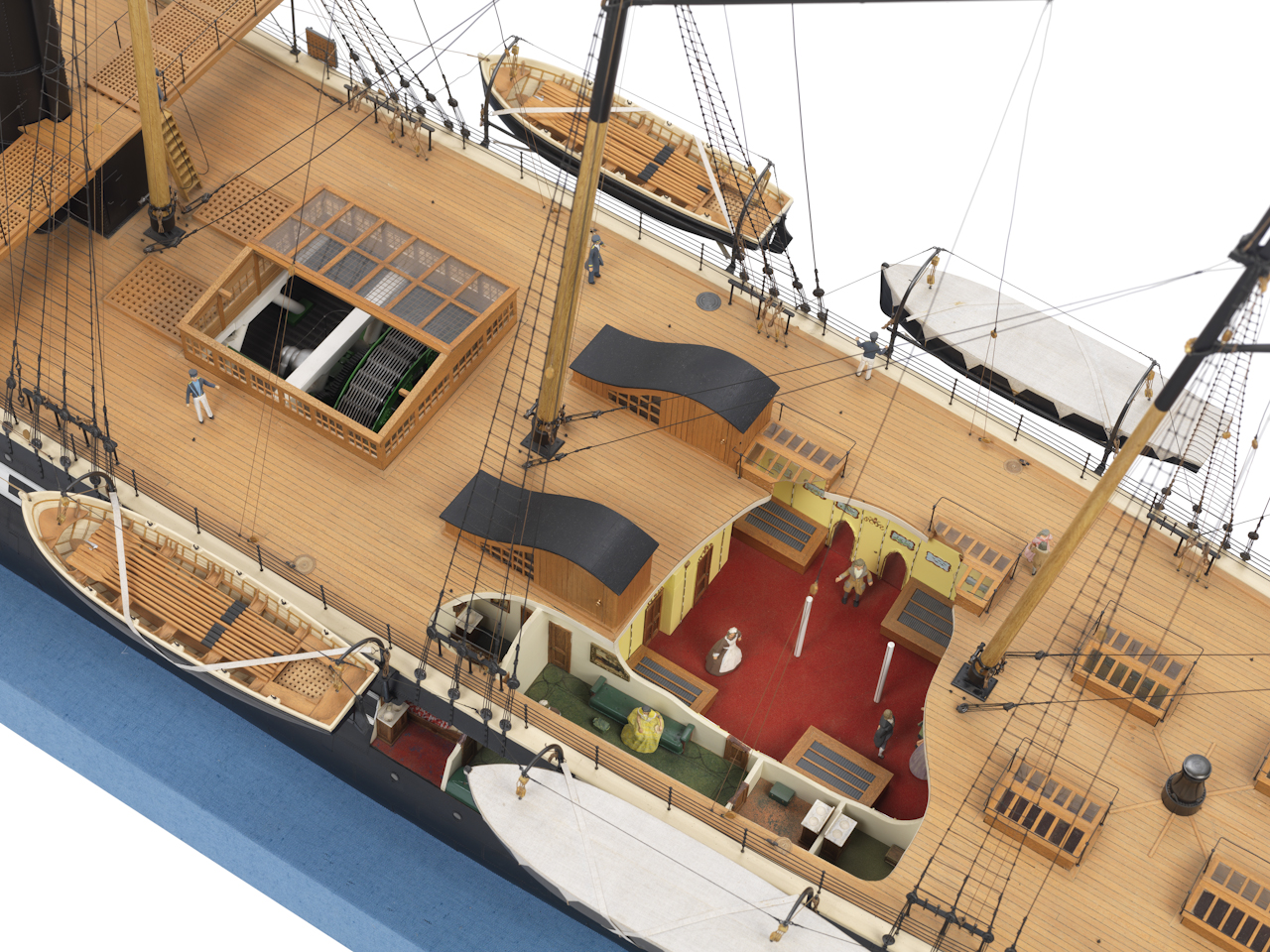 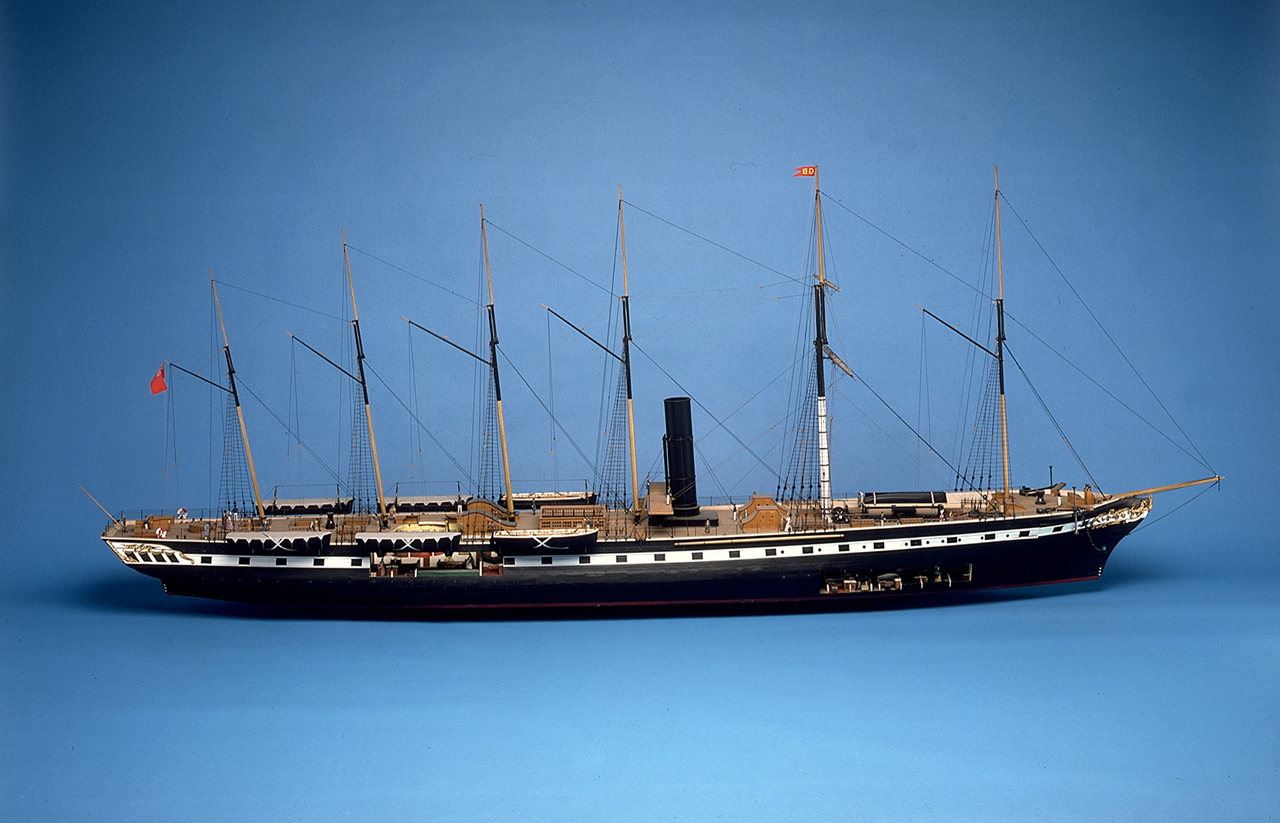 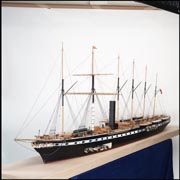 Scale: 1:38.4. Waterline model of the 'Great Britain' (1843), a single-screw passenger liner. Built plank on frame to exhibition standard. The model is decked, fully equipped, rigged with sails furled, and complete with scale figures. The hull is inscribed with ‘The Great Britain’ on stern, ‘Mon Droit’ on port and starboard bow trail boards. It is also rigged with two flags, flying a ‘GB’ on topsail pennant and the red ensign from the peak of the mizzen gaff. The hull and deck has a number of sections cut away to show the layout of both the machinery in the engine room and passenger accommodation. To give an idea of scale, a number of figures are displayed on board throughout.

Designed by the famous engineer Isambard Kingdom Brunel, the ‘Great Britain’ was built at Bristol by the Great Western Steamship Company and launched in 1843. The hull was constructed of riveted iron and measured 322 feet in length by 48 feet in the beam and had a tonnage of 2936 gross. In addition to the five-masted sailing rig, it was fitted with a single-screw steam engine capable of producing a speed of 12 knots.

The ‘Great Britain’ was the first large iron ship built as a transatlantic liner and the first to be screw-propelled. On her first voyage to New York, she carried 60 first-class passengers, together with a full complement of steerage passengers and a cargo of 600 tons. Later, she was employed as a cargo and passenger ship to Australia, and after a total of 40 years service, she was damaged in a severe gale off Cape Horn in 1884, beached at Port Stanley and subsequently used as a coal hulk. In 1970, it was decided to bring the hulk back to Bristol for restoration. ‘Great Britain’ is currently displayed in the original building dock and open to the public.
Back to Search Results
Buy a print License an image
Share:
Link copied to your clipboard!