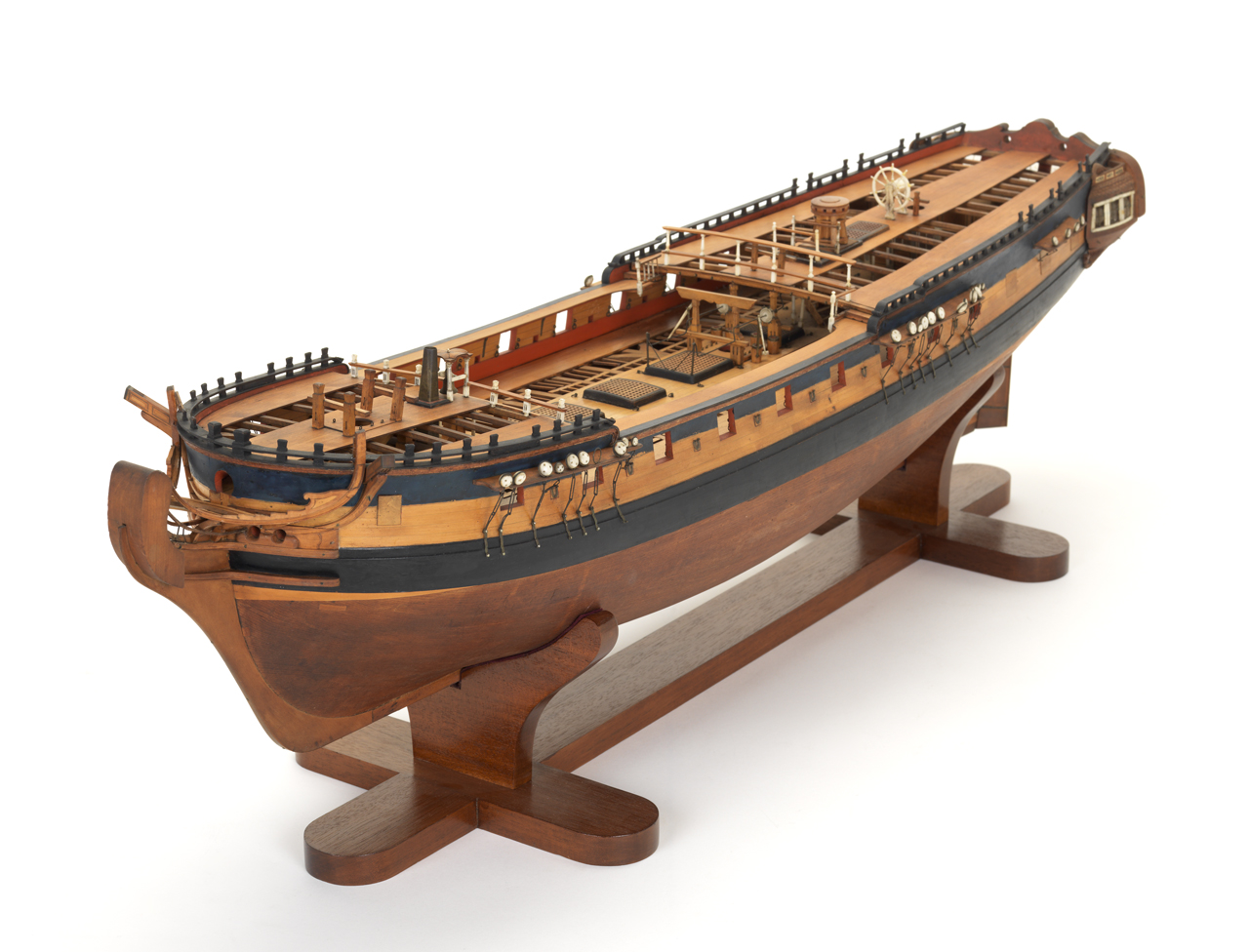 Scale: 1:48. A contemporary full hull model of the sixth-rate sloop 'Guadeloupe' (1763), 28 guns, built in the Georgian style. The model is decked and equipped. The unfinished appearance of the head and stern suggests that the model was built for design purposes but the measurements are correct for the frigate ‘Guadeloupe’ of 1763. The deck layout is typical of the early frigates. The raised forecastle shows the position of the foremast with bitts either side and the galley funnel and belfry at the break of the forecastle. Below, in the waist, are the riding bitts, the hatchways and by the mainmast position, the gallows bitts, freshwater and bilge pumps. The quarterdeck carries the main capstan and steering wheel. The mizzenmast was situated just abaft the wheel.

Built at Plymouth Royal Dockyard, the ‘Guadeloupe’ measured 118 feet along the lower deck by 34 feet in the beam, displacing 586 tons burden. It was armed with twenty-four 9-pounders on the upper deck and four 3-pounders on the quarterdeck. The ‘Guadeloupe’ was one of the smallest class of 18th-century frigates. The first of the ‘true’ frigates of this class were actually the ‘Tartar’ and ‘Lowestoft’, built in 1756, but the ‘Unicorn’ and ‘Lyme’ of 1748 had been almost similar in design. The ‘Guadeloupe’ was sunk by American batteries near Yorktown in 1781.

Frigates were fifth or sixth rate ships and thus not expected to lie in the line of battle. With the advantage of superior sailing qualities over the larger ships of the line, they were used with the fleet for such tasks as lookout or, in battle, as repeating ships to fly the admiral’s signals. They also cruised independently in search of privateers.
Back to Search Results
Buy a print License an image
Share:
Link copied to your clipboard!