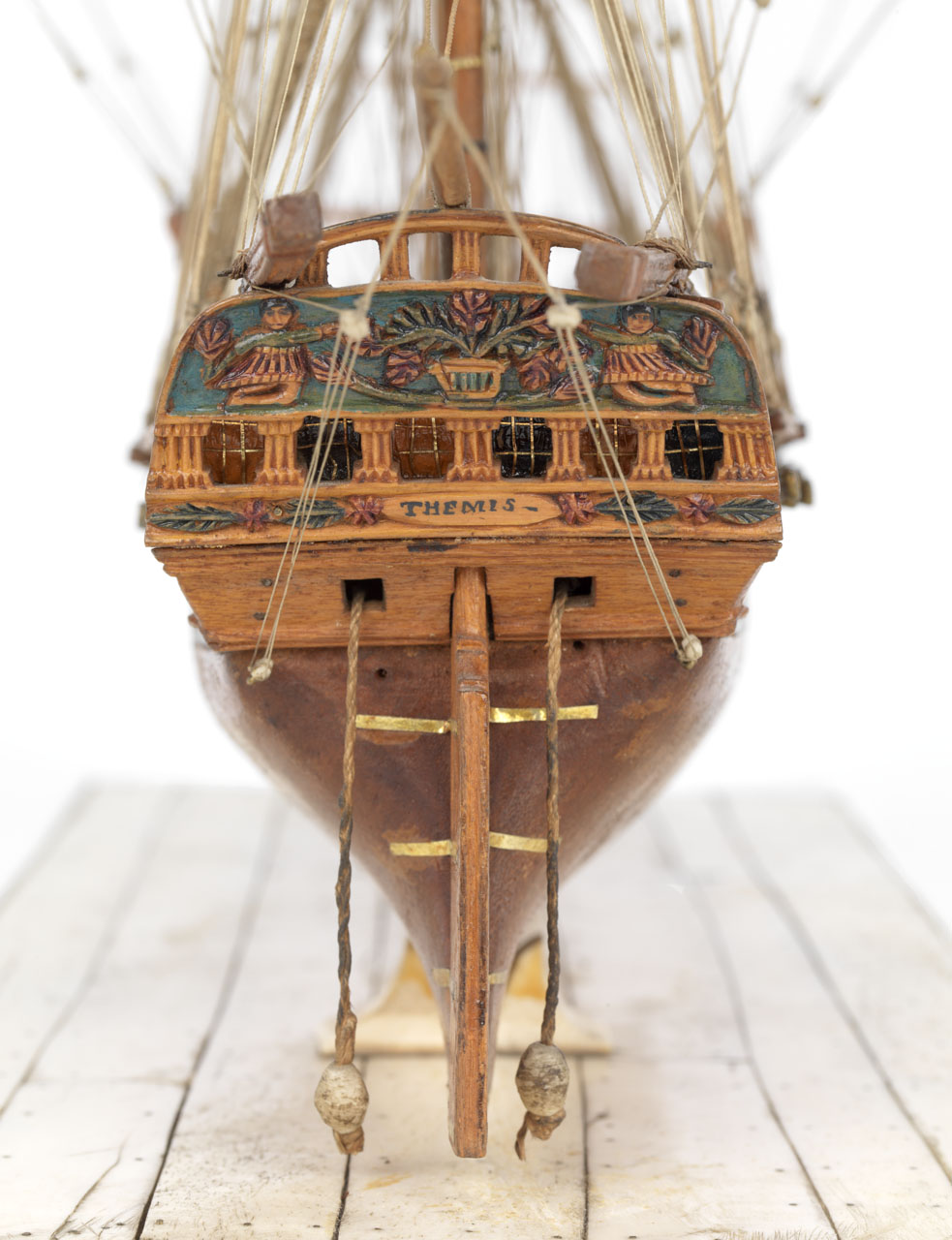 Scale: Unknown. A contemporary full hull model of the 48-gun frigate ‘Themis’ (1796), fully rigged and mounted on an original bone covered wooden baseboard. The varnished hull has been carved from a solid piece of wood, probably mahogany, and has black painted wales, carved quarter and stern galleries with gold foil glazing bars. On the stern, the taffrail includes painted carved decoration whilst lower down on the counter, is the name
‘Themis’ which has been inscribed on a raised oval plaque. On deck are the standard fixtures and fittings including stern davits, a double wheel, capstans, salt beef and water casks, anchors and their gear and a small four-legged wooden table just forward of the wheel. The rigging includes bone crosstrees and blocks as well as stunsail yards on the lower and upper courses. At the bow is fitted a rather over-scaled carved full-length female figurehead painted and dressed in the classical style. As is common with this type of model, the turned brass guns along the main gundeck can be partially pushed into the hull. By pulling the rope cords at the stern, they ‘pop out’ to the firing position. Although there was a ship of this name launched in 1796, typically the model does not really bear a close resemblance to it.

During the Revolutionary and Napoleonic Wars (1793-1815), large numbers of French prisoners were housed in open prisons throughout Britain. Their daily food ration included half a pound of beef or mutton on the bone. Subsequently, the bone became a readily available source of raw material from which a variety of objects were crafted. Other materials were also used including wood, horn, brass, silk, straw and glass. Typically, the models were not made to scale as accurate scale plans were not available and tools were limited.
Back to Search Results
Buy a print License an image
Share:
Link copied to your clipboard!