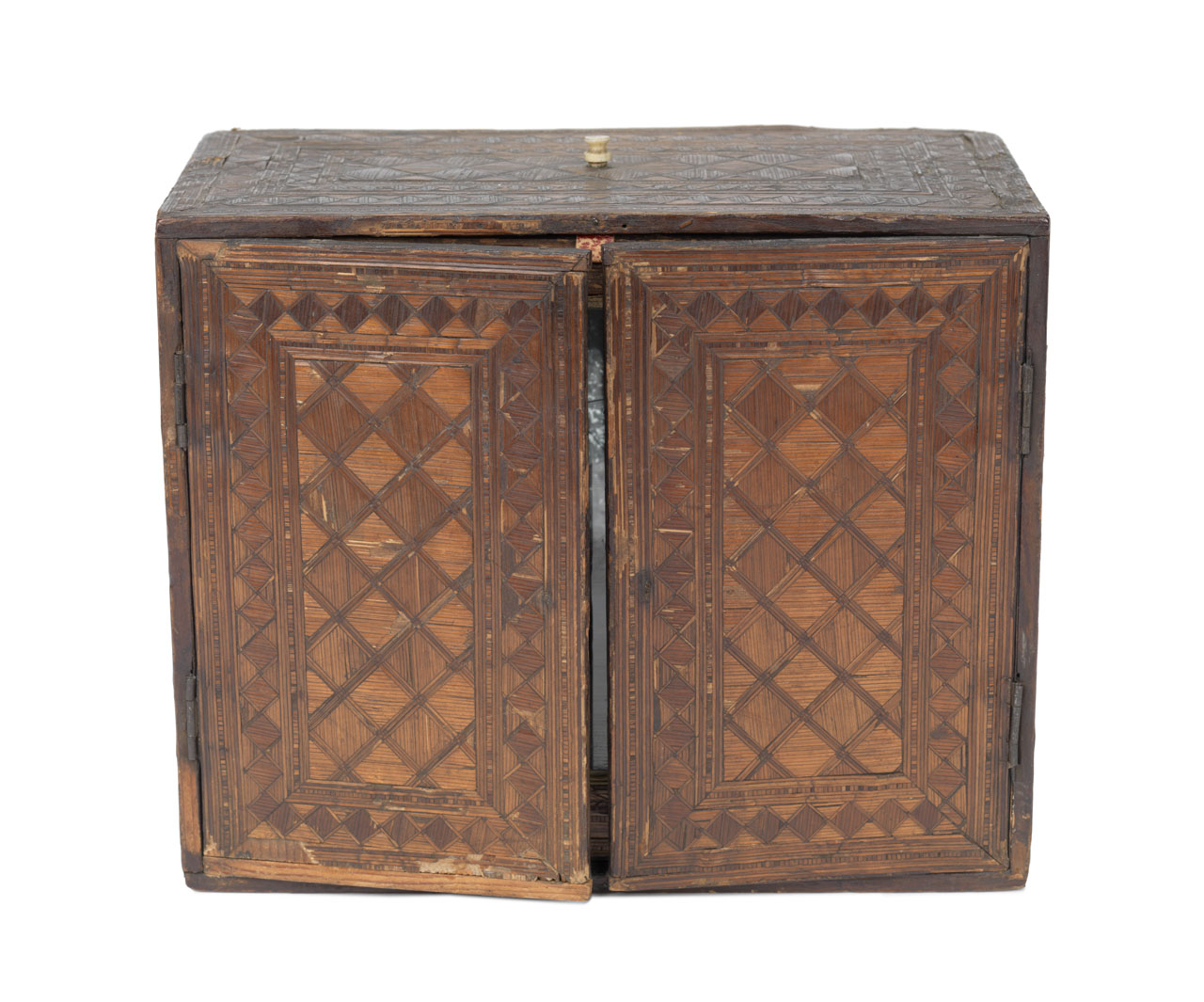 Scale: Unknown. A contemporary full hull model of a 12-gun sloop, fully rigged with sails. The whole model is carved from ivory and mounted on its original baseboard. It is presented in a wooden carrying and display case, which has been decorated both externally and internally with dyed inlay straw work. Inside the case are three surface silvered mirrors to reflect light onto the model giving the ivory sails an almost ‘translucent’effect. There is also a glass door at the front, which hinges downwards for access that is then protected by the two wooden external doors of the carrying case. It is interesting to note that the colour and condition of the dyed straw work inside is in almost pristine condition due the fact that the case has protected it against the harmful effects of ultra-violet light. The fact that this model is carved from ivory, including the rigging, would suggest that the maker was from Dieppe, a well known centre for trading and carving of ivory.

During the Revolutionary and Napoleonic Wars (1793-1815), large numbers of French prisoners were housed in open prisons throughout Britain. Their daily food ration included half a pound of beef or mutton on the bone. Subsequently, the bone became a readily available source of raw material from which a variety of objects were crafted. Other materials were also used including wood, horn, brass, silk, straw and glass. Typically, the models were not made to scale as accurate scale plans were not available and tools were limited. This style of model, small scale, rigged and presented in these decorated carrying cases, obviously became popular as large numbers of these survive today.
Back to Search Results
Buy a print License an image
Share:
Link copied to your clipboard!