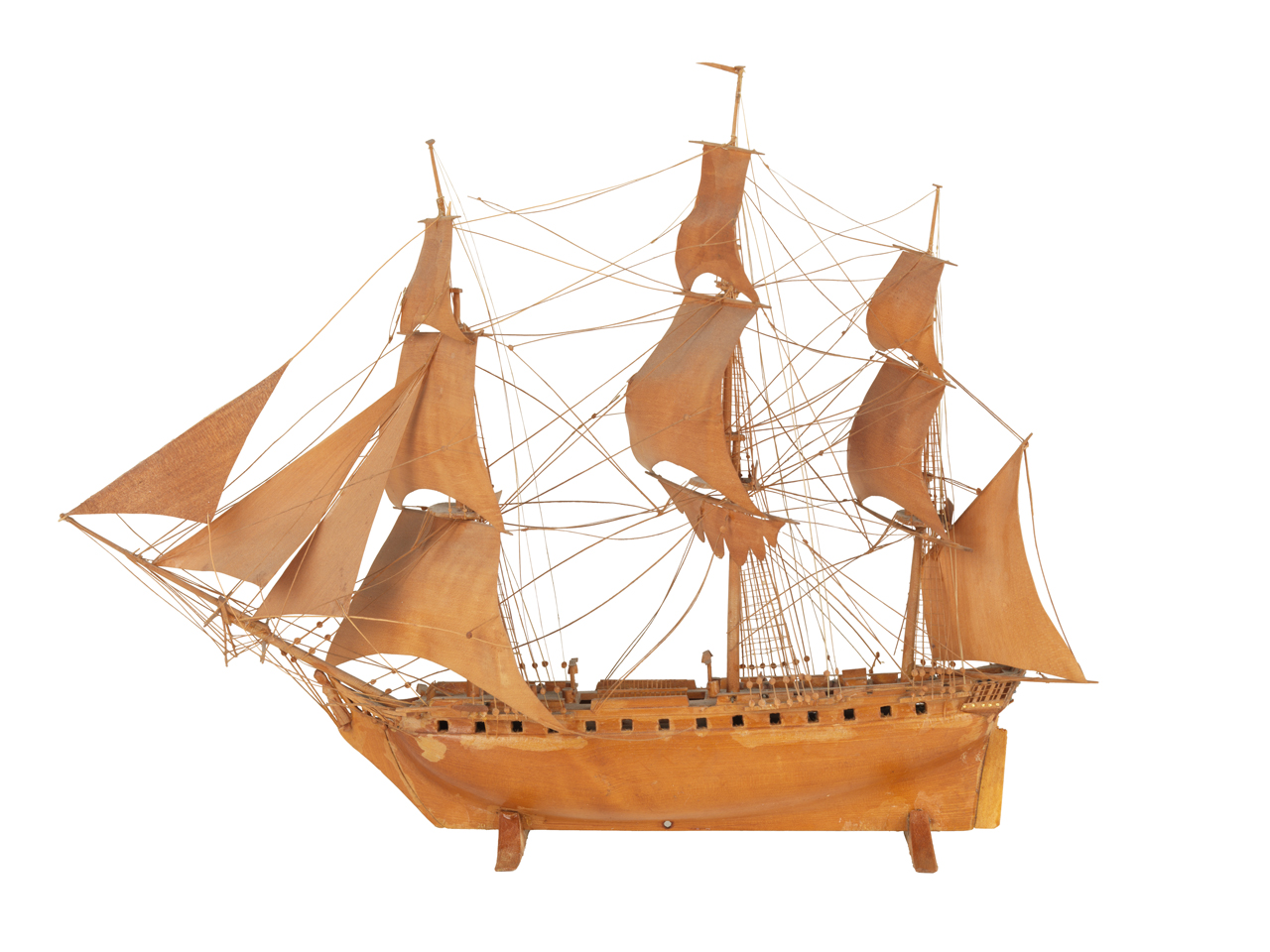 Scale: Unknown A contemporary full hull model of a two-decker French warship, fully rigged with sails, and mounted on its original circular baseboard. This extremely small and finely made model has been carved entirely form boxwood including the paper thin rigging and sails. It has been mounted on an ornate hexagonal shaped plinth complete with wooden fence with carved figures and urns, under which is a cross-hatched trellis with hanging garlands. Because of its miniature scale and materials, it has suffered damage in the past, which up to now proved almost impossible to repair without causing further damage.

During the Revolutionary and Napoleonic Wars (1793-1815), large numbers of French prisoners were housed in open prisons throughout Britain. To help pass the time and generate a small income, they would turn their hand to making a variety of objects including ship models. Materials such as bone, wood, horn, brass, silk, straw and glass were available and often these items were produced by a team of inmates each specialising in a particular area. Typically, the models were not made to scale as accurate scale plans were not available and tools were limited. To realise a good price at market, the models were often named after famous ships of the time, whilst some models included spring-loaded guns operated by cords.
Back to Search Results
Buy a print License an image
Share:
Link copied to your clipboard!