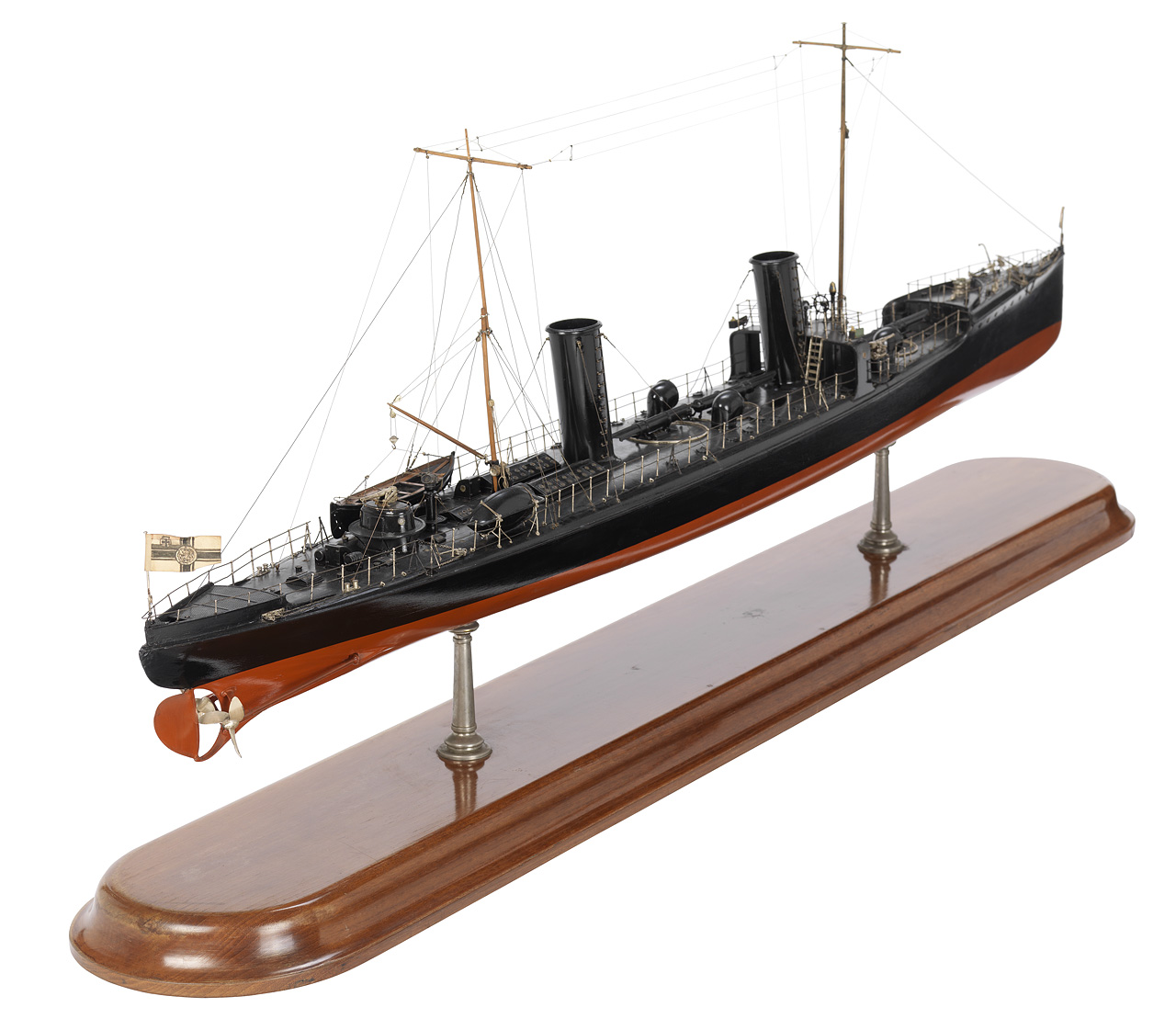 A good example of a German shipbuilder’s model, made to the metric scale of 1:50, commensurate with German ship plans. It looks menacing with its black and red hull, stealth-like profile and gold-plated detailing. Looking at the stern one can see that the twin propellers are not only contra-rotating, but staggered, the plane of rotation of the port-side screw overlapping the plane of the starboard one when viewed end-on. The pencil-slim hull has a turtle-deck, the layout of which is almost, though not quite, symmetrical. Three torpedo tubes are placed along the centreline of the deck, one forward of the foremost funnel, the others between the twin funnels. The model is displayed aloft on two very tall column-like supports, and mounted on a sculpted golden mahogany baseboard with semi-circular ends. The model was transferred to the Museum from the Naval War Trophies Committee in the mid-1940s.

The earlier German destroyers were officially classed as ‘large torpedo-boats’ and, with their very light guns, were more suited for that role. All the boats of this class were built by F. Schichau GmbH, on the Baltic coast. Before the First World War they were renumbered ‘T90’ to ‘T101’ so that their original numbers could be reused for later destroyers; at the same time they were relegated to harbour or coastal duties. They were 207 feet in length, 396 displacement tons, and they had a service speed of 26.5 knots.
Back to Search Results
Buy a print License an image
Share:
Link copied to your clipboard!