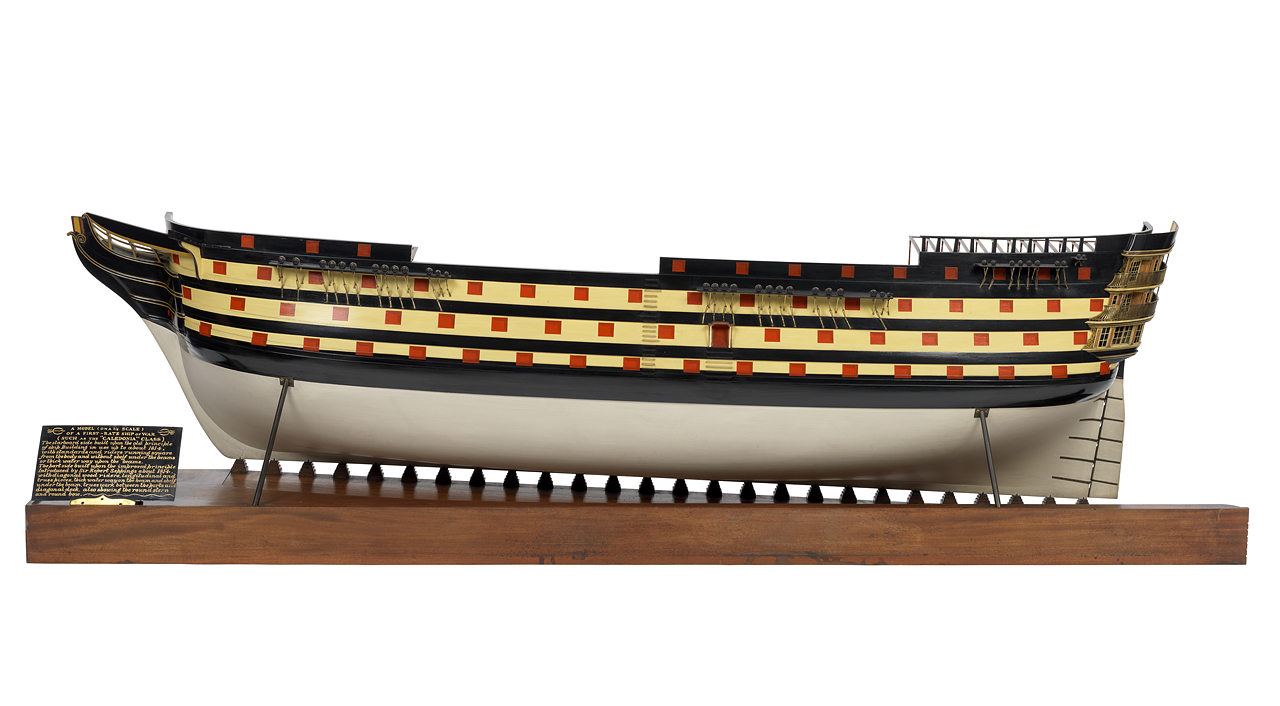 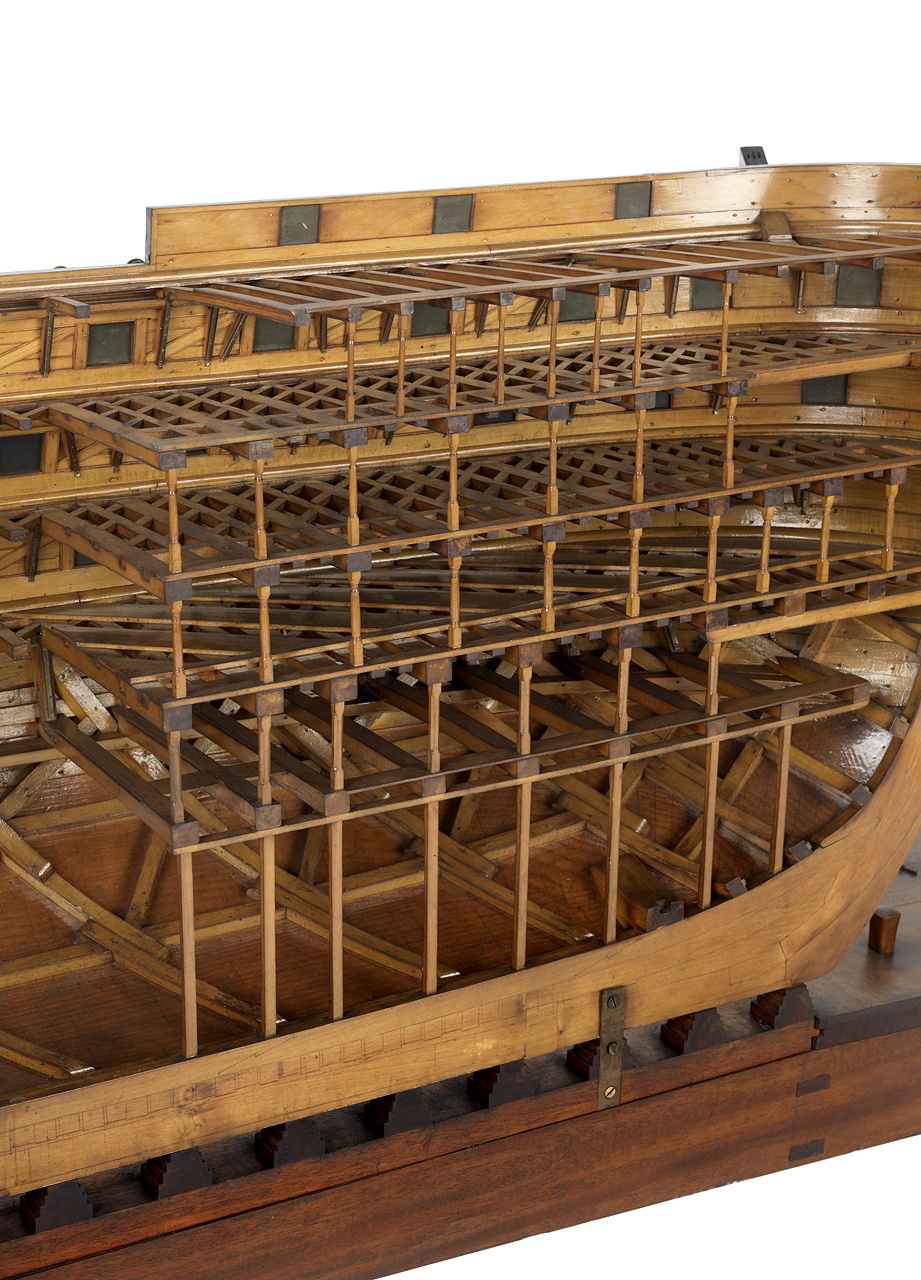 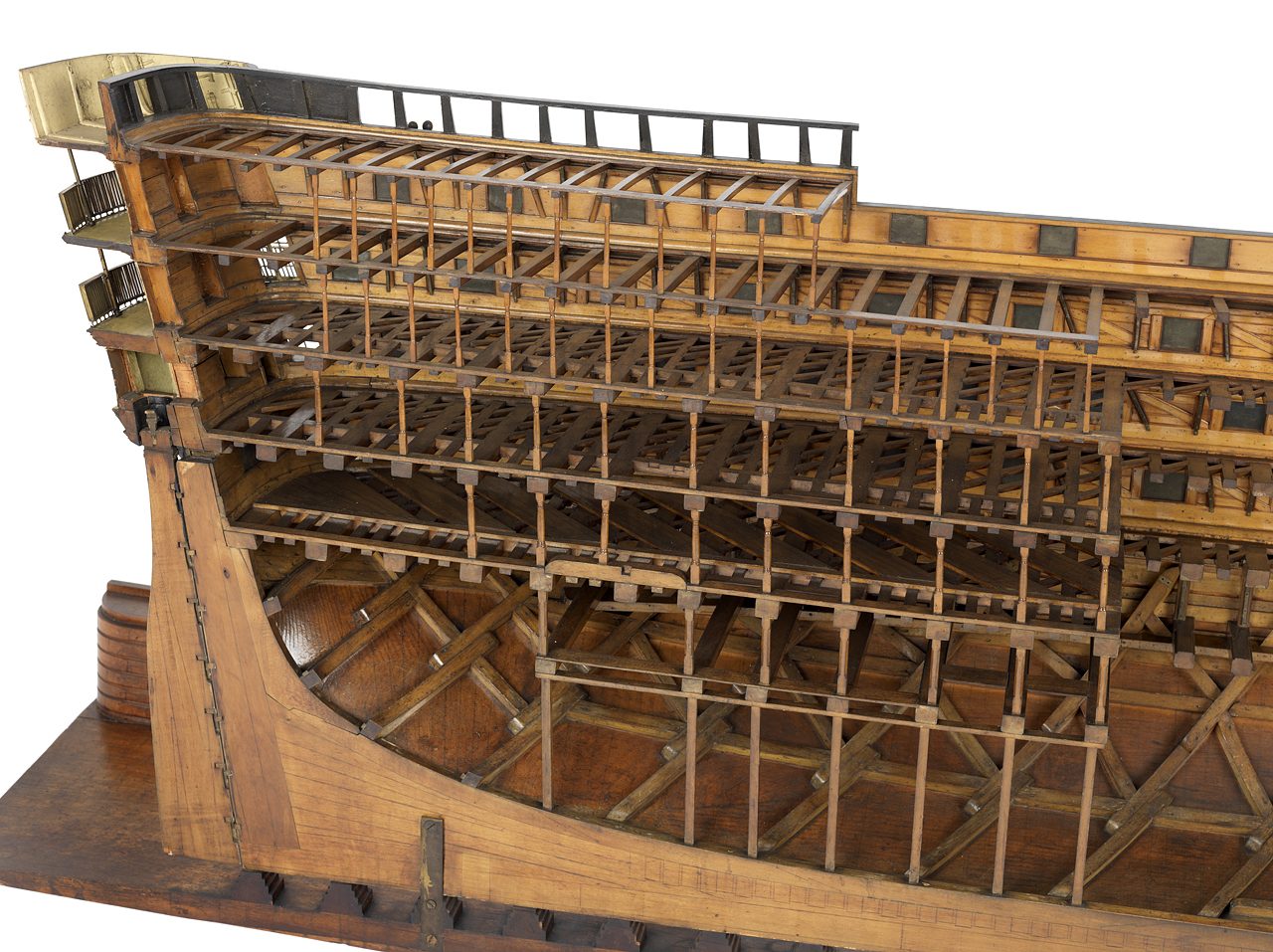 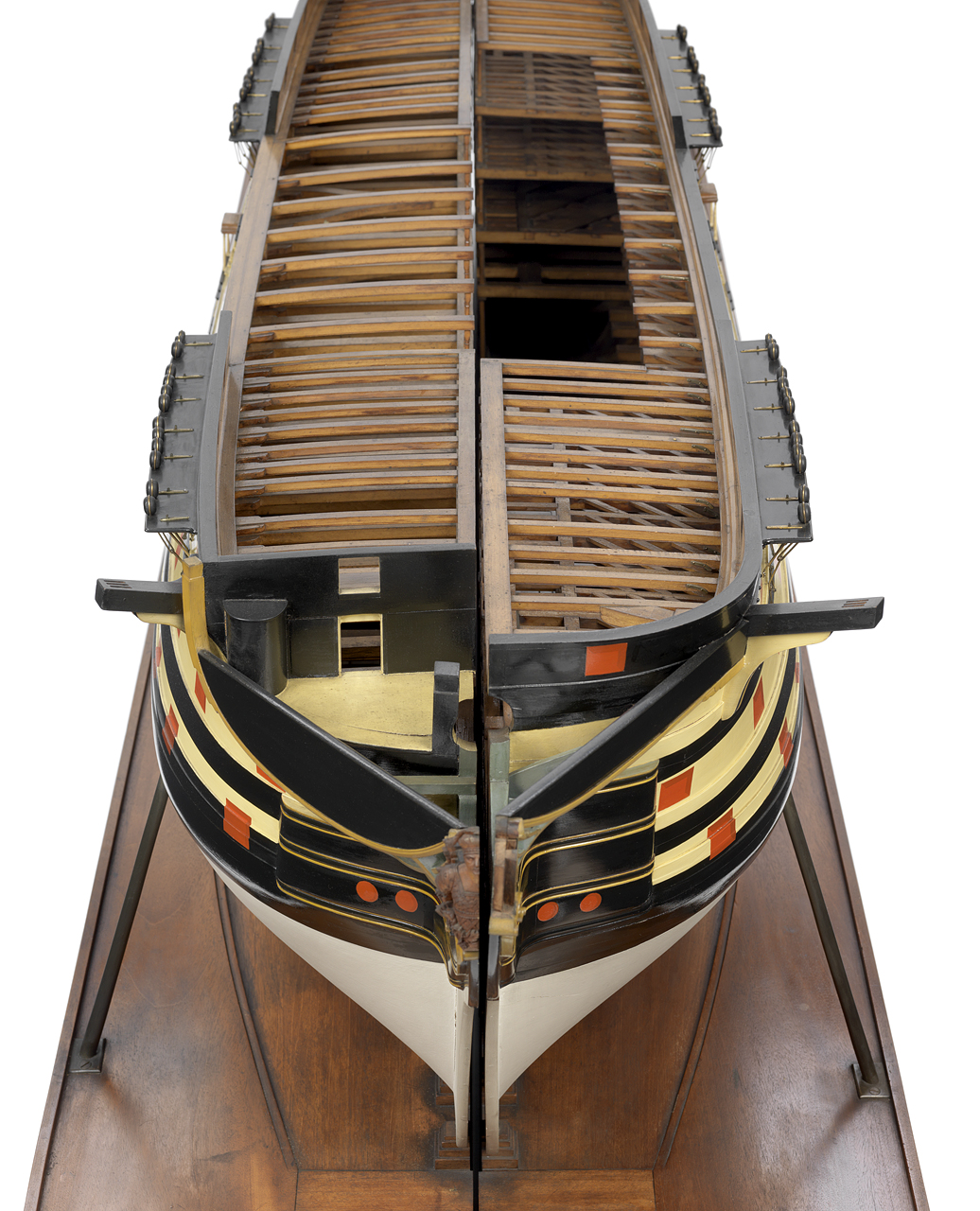 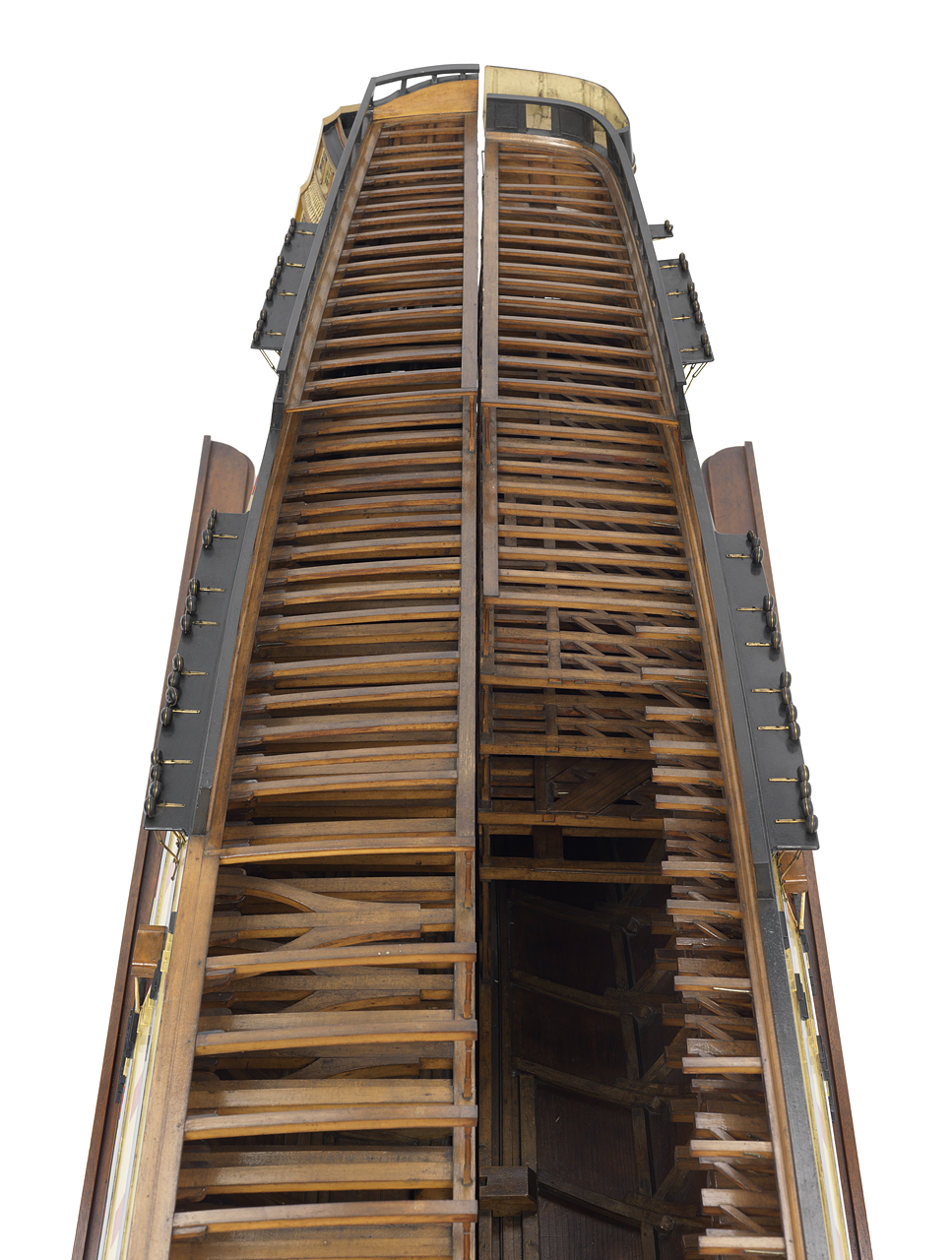 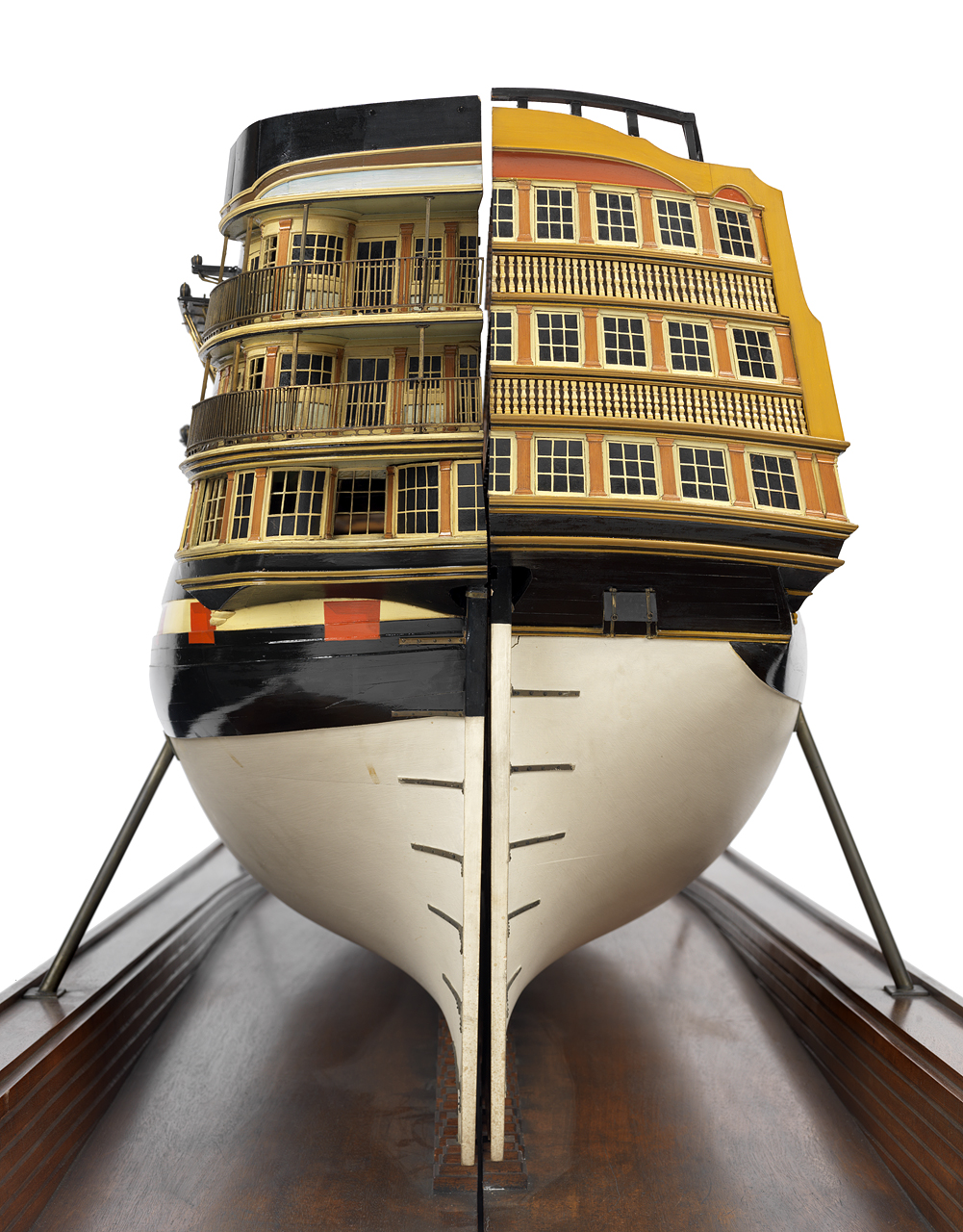 Scale: 1:36. A model of the port side of the Caledonia (1808), made entirely in wood with metal fittings and painted in quasi-realistic colours. The model is depicted on chocks in a stylised slipway and has two brass stabilizer supports. The model, together with its pendant, SLR2533, occupy a bespoke display case that splits into two with each half of the case containing a half hull model and allowing the interiors of those models to be viewed. The hull is painted white below the waterline, black above, and with bright yellow stripes along the three gundecks. The gunports themselves have no lids, the interiors are painted bright red with stylised perspective shading. The decks are unplanked but the deck frames are depicted. The longitudinal section shows the deck configuration, deck support posts, main and filling frames, diagonal bracings and other internal and structural details. The support for the figurehead is a scroll painted in black and yellow but the figurehead itself is missing. The stern has two open galleries the rails made in brass. On hand-written metal label "A model (on 3/8 scale) of a first rate ship of war (such as the "Caledonia" class) The starboard side built upon the old principle of shipbuilding in use up to about 1814, with standards and riders running square from the body and without shelf under the beams or thick water way upon the beams. The port built upon the improved principle introduced by Sir Robert Seppings about 1814 with the diagonal wood riders longitudinal and truss pieces, thick water way on the beam and shelf under the beam, truss work between the ports and diagonal deck also showing the round stern and round bow.". Numbers "36" and "39" on original case.
Back to Search Results
Buy a print License an image
Share:
Link copied to your clipboard!