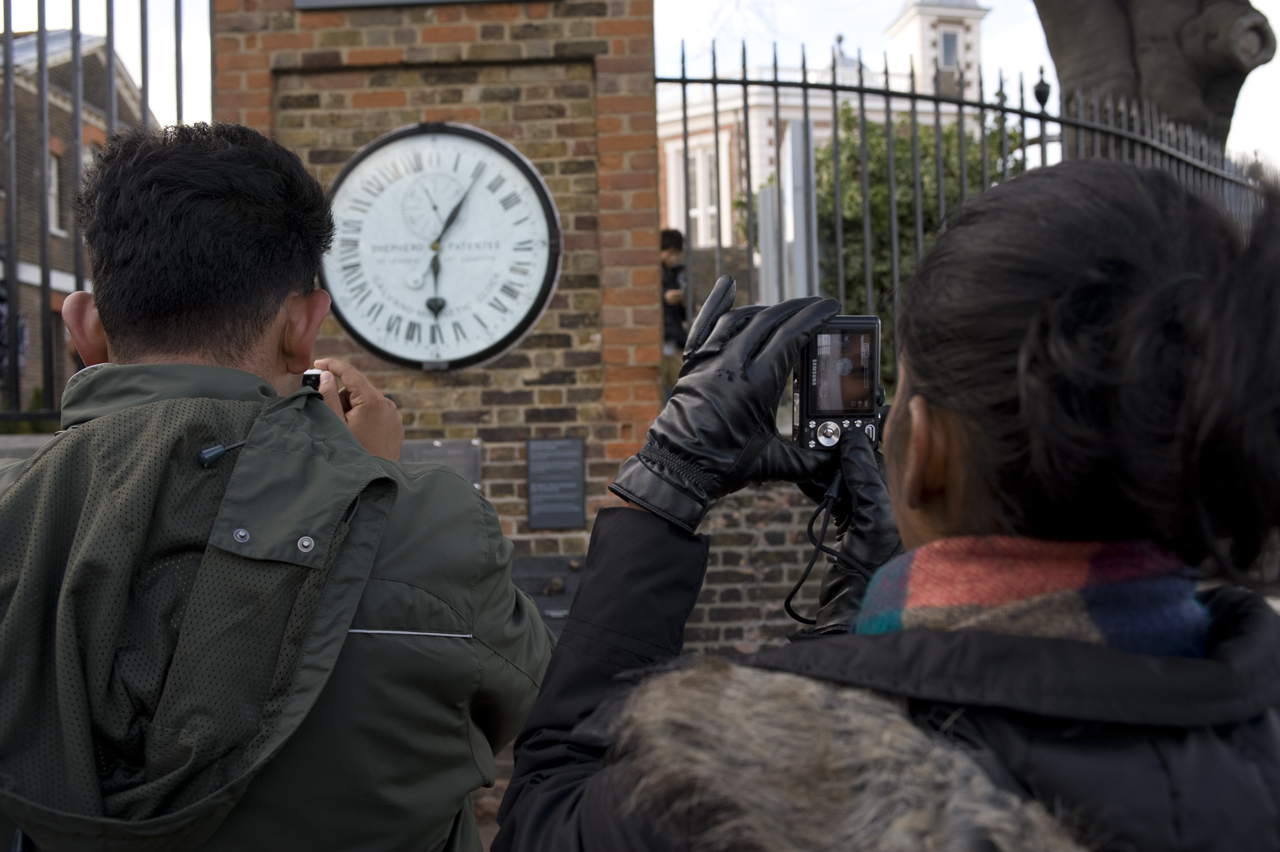 Sympathetic clock connected to the Shepherd master clock installed at the Royal Observatory in 1852. This sympathetic clock was installed at the gates to the Observatory and was the first clock ever to show Greenwich Mean Time (GMT) directly to the public. From 1852 to 1893, the Shepherd master clock was the heart of Britain's time system. Its time was sent by telegraph wires to London, Edinburgh, Glasgow, Dublin, Belfast and many other cities. By 1866, time signals were sent from the clock to Harvard University in Cambridge, Massachusetts via the new transatlantic submarine cable. In terms of the distribution of accurate time into everyday life, it is one of the most important clocks ever made.

In 1851 at the famous Great Exhibition held in Hyde Park, London, one of the world's first ever electrically connected clock systems was installed by Charles Shepherd of Leadenhall Street. It consisted of a central 'master clock' sending regular electrical impulses to a number of ancillary 'sympathetic' dials. George Airy, the seventh Astronomer Royal, saw the potential advantages of such a system and ordered one to be made for the Royal Observatory in Greenwich.

Airy's report to the Observatory's Board of Visitors in 1853 explains the function of the Shepherd master clock, or 'Normal Clock': ‘This clock keeps in motion a sympathetic galvanic clock in the Chronometer-room, which, therefore, is sensibly correct; and thus the chronometers are compared with a clock which requires no numerical correction. [...] The same Normal Clock maintains in sympathetic movement the large clock at the entrance-gate, two other clocks in the Observatory, and a clock at the London-bridge Terminus of the South-Eastern Railway. [...] It sends galvanic signals every day along all the principal railways diverging from London. It drops the Greenwich Ball and the Ball on the Offices of the Eastern Telegraph Company in the Strand [...] All these various effects are produced without sensible error of time; and I cannot but feel a satisfaction in thinking that the Royal Observatory is thus quietly contributing to the punctuality of business through a large portion of this busy country.’

Charles Shepherd was the son of another noted watchmaker, also called Charles. In 1849 Charles Shepherd Junior (described in the 1851 census as an ‘engineer’), who was just 19 years old, submitted his first patent for ‘Improvements in Working clocks and other timekeepers Telegraphs and Machinery by Electricity’. His developments of this principle were to have profound effects on the history of horology. The electric clock system he exhibited at the Great Exhibition in 1851 and which was supplied to Greenwich Observatory the following year, was to be the basis of Britain’s time-distribution system for the following 70 years.

In 1853 Charles Junior was appointed ‘1st Class assistant to the Electric Telegraph Establishment’ working for the East India Company and responsible for overseeing the establishment of a telegraph network for the Indian Government. After an initially good start, Charles Junior’s service became increasingly unsatisfactory and he was dismissed from his post in 1856, presumably returning to England directly, though no certain evidence has been found as yet.
Back to Search Results
Buy a print License an image
Share:
Link copied to your clipboard!