Skip to main content
You are here:
Home Discover our stories and collections Museum blog How do you prepare for an expedition to the Arctic?

How do you prepare for an expedition to the Arctic?

Sir John Franklin’s expedition to map final part of the Northwest Passage departed on 19 May 1845. The two exploration ships, HMS Erebus and Terror were towed from Greenhithe in Kent at 10.30am.

Under fair weather with clouds and slight showers, they began their voyage to the Canadian Arctic.

As well as completing the mapping of the Northwest Passage, the officers were to undertake numerous scientific experiments. This included recording terrestrial magnetism, in order to potentially aid oceanic navigation.

The departure of Erebus and Terror on the Arctic Expedition, Illustrated London News, 24 May 1845.

Many books about the ‘Franklin Expedition’ focus on what it set out to achieve, the numerous search expeditions looking for them in the high Arctic, and biographies of the personalities involved.

This blog highlights some quirky facts about the preparations which are rarely mentioned in the literature.

When the Arctic expedition was announced in the press a number of individuals contacted the Admiralty with their suggestions.

A Mr Williams is recorded as sending a letter on 12 May proposing to send miners. The actual letter has not been located in the archive, and nor has the response, but the letter digest records it was declined.

It is not as illogical as it appears. The ships could only carry a limited supply of coal for the engines and stoves Finding it in the Arctic would resolve this.

Subsequent expeditions located coal seams in Greenland that had the potential to be used by steam ships searching for Franklin.

Count Christian Lewis Bothmer wrote from Hamburg with his proposal for Britain to send an expedition to the North Pole from a base at Spitzbergen (Svalbard). This was motivated by the papers reports on the preparations for the Northwest Passage voyage.

His ‘intelligent suggestion’ was also declined, although an earlier memo was slightly less complimentary

‘Count Bothmer is certainly no conjurer’

The original number of men proposed to go on the voyage was 138. The challenge of sourcing enough provisions for this many men presented itself in many ways.

For instance, The Victualling Yard at Plymouth had to bake and pack nearly 35,000 pounds (about 15.5 tons) of biscuits for the voyage. The majority of them needed to be square to fit into packing cases, but ship’s biscuits were more commonly round.

Franklin also requested 100 gallons of port and brandy for each ship for any sick crew (purely medicinal, of course!).

Ruck, Son & Fenwick provided 3,000 gallons of 35% over-proof West Indian rum for the issue of grog on board the ships. This was even reported in the press at the time.

Franklin also requested mustard in one pound jars and pepper that had to be specially approved for purchase by the Admiralty.

Messrs Finnis & Co successfully tendered to deliver the kegs of cranberries, mixed pickles, cabbage, onions and walnuts. The cost of these equated to £9,354.82 in today’s money.

They explained in their letter that cranberries were short supply in March 1845 because of Christmas. We forget how seasonal some fruit and vegetables can be in today’s society. 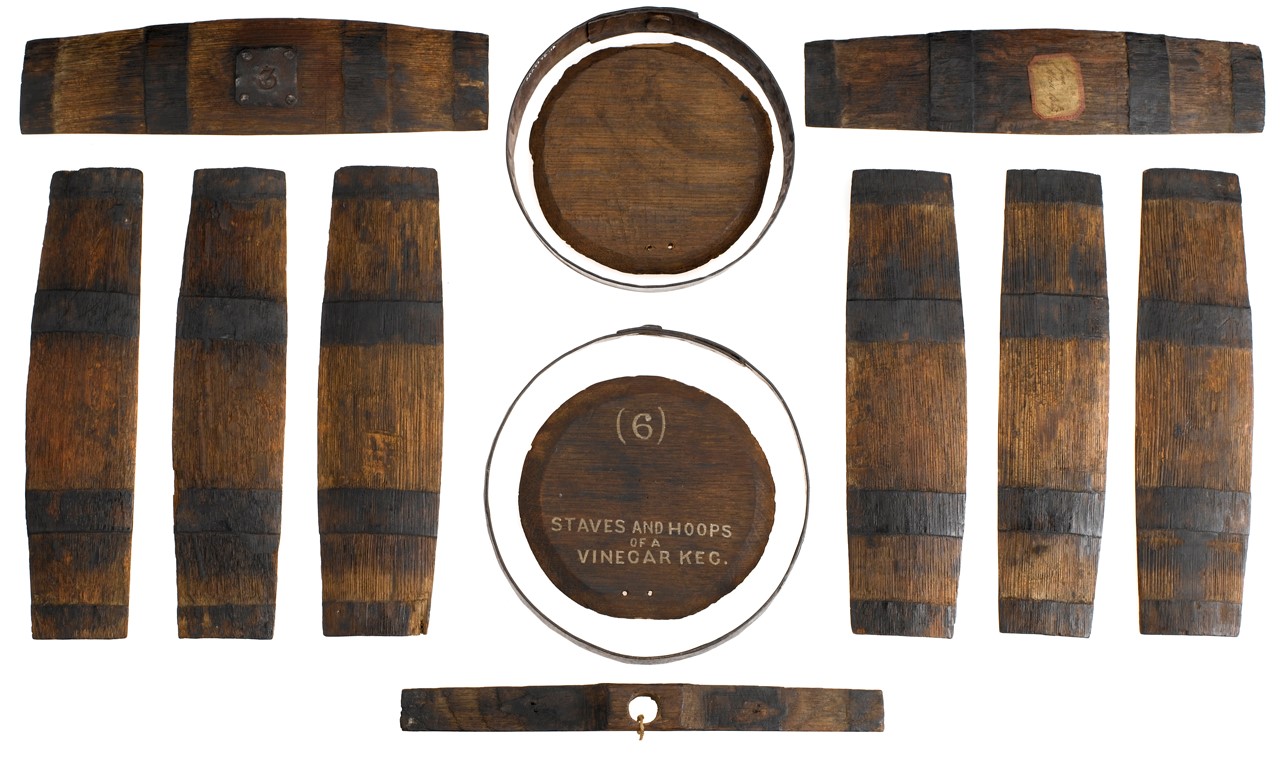 While looking through the online newspapers I found an advertisement in the June and July 1845 editions of the Morning Chronicle for:

Which claimed to have been supplied to Erebus and Terror for the Arctic Expedition.

There is no Admiralty correspondence located with Hedges & Butler, but officers had placed orders with companies for additional personal items.

While many of the clothing came from the normal Admiralty sources, the two contractors contacted about the blankets responded with their tender prices and the information that racoon fur was in short supply.

William Piggott explained that the Hudson’s Bay Company sales had happened already and Edward Roberts, the other contractor, stated that most had been exported to Hamburg and the Baltic Ports.

Piggott, who got the contract, recommended North American wolf fur as it was

‘more likely to throw off the damp sleet or snow’.

He then supplied 140 of them for the expedition.

Sir John Franklin was a committed Christian. He was part of a movement within the Royal Navy that promoted religion to the crews.

He requested 100 Bibles, Testaments and Common Prayer Books for the journey. The Admiralty passed this onto the Society for the Promotion of Christian Knowledge who agreed to supply them.

However, a later letter from Franklin cancelled the order as other societies and individuals had generously donated copies to the ships and

‘there is scarcely room for them on board.’

These little side stories add colour to the beginning of the Franklin expedition story, taking the reader away from the grand narratives.

These and other vignettes begin to provide an insight in the nature of equipping two ships for three years in the hostile Arctic environment.

Shop
Franklin Tragic Hero of Polar Navigation
The gripping story of the worst ever catastrophe in British exploration, and...

Shop
Frozen in Time: The Fate of the Franklin Expedition
by Owen Beattie & John Geiger...

Tales from the Poles

New discoveries from the wrecks of HMS Erebus and Terror