A new commission by Royal Museums Greenwich, Ghost Meridian can be seen both outside and inside the National Maritime Museum.

Inside the museum visitors will be able to view a large-scale work, intended as a sail for Cutty Sark.

The work was prompted by the Covid-19 crisis, and the #BlackLivesMatter movement.

It is the beginning of a wider conversation; to engage in new ways of presenting heritage and identity across our institutions. 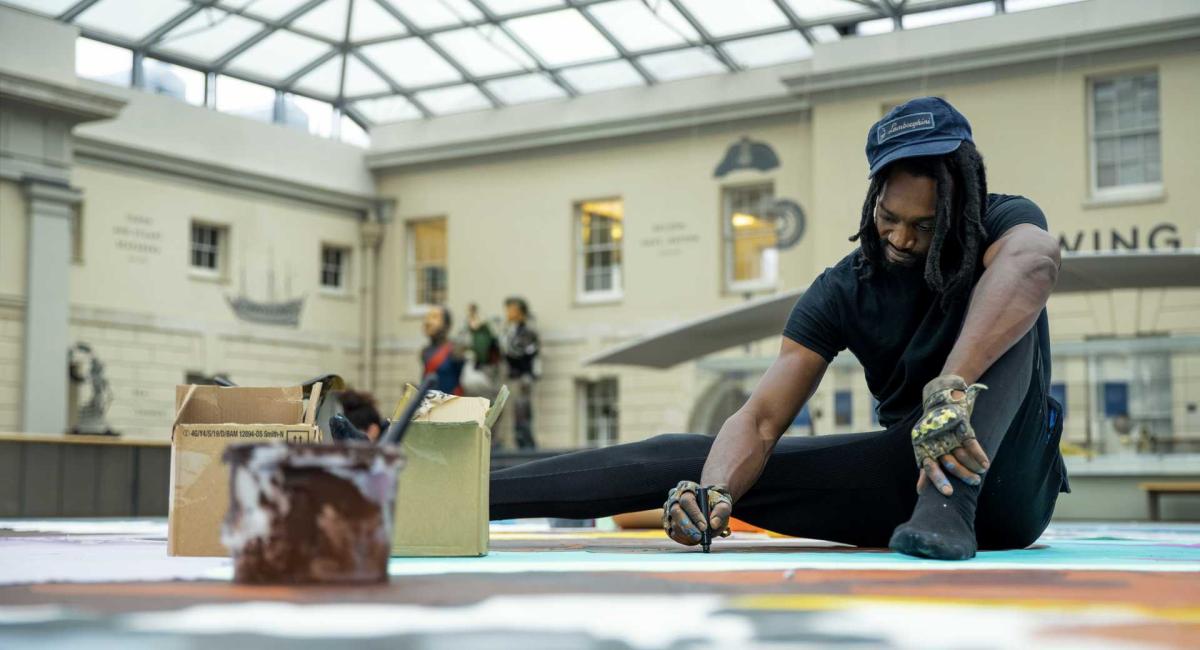 BLKBRD is a collective of artists from different disciplines who work together to create artworks. They are concerned with honouring the sacrifices of migrants to Britain today and throughout time; from the transatlantic slave trade to the contemporary refugee crisis, the Windrush scandal, and the disproportionate BAME death toll for COVID-19. Their aim is to explore the traditionally underrepresented legacies of migration to the UK.

This project was created by the following members of the BLKBRD collective:

At the Prime Meridian – the line of longitude defined to be 0° – hangs a ghostly sail on the Cutty Sark’s mast. Ghosts are usually associated with folk tales, far from human discovery and science. But for the wretched – the victims of violence and atrocities – adopting the demeanour of a spirit is often the only way to be present within an overwhelmingly scientific world. A world that was first tailored to British interests and fuelled by the suffering and grief of others. And usually, it's the only way for unresolved pain to surface from the depths of repression.

From Greenwich, time was realised and regulated from an observatory. Imaginary borders were drawn across the globe, and our earth was split into time zones. The white ivory statues and palaces have us believe that this was for the good of humanity. For its unity, for its development and for every ‘corner of a foreign field that is forever England’. Occupations, slave ships, opium wars, colonial expeditions, are overlooked with Union Jacks. Through maritime adventures, Britain shaped the world in its own image. When we look at clocks to tell the time, when we look at maps to find our homes, we tread on a world that was measured before us. However, the consequences of this drawn and divided world are suffered by millions. Migrants, families, communities traverse across seas and time zones, fleeing violently-drawn borders, searching for a new home.

In October 2020, as part of Black History Month, the BLKBRD collective worked with children aged 7-11 years at two primary schools in the Royal Borough of Greenwich to create their own welcome banners to celebrate returning to school.

Using the process of creativity to share experiences with each other, they discussed the impacts on society of lockdown, to the Black Lives Matter movement and local Black histories as a group.

The final banners are displayed at the schools for the remainder of 2020.

Funded by the Royal Borough of Greenwich for Black History Month 2020.

The banners on display outside the National Maritime Museum are produced by BLKBRD Collective in collaboration with: 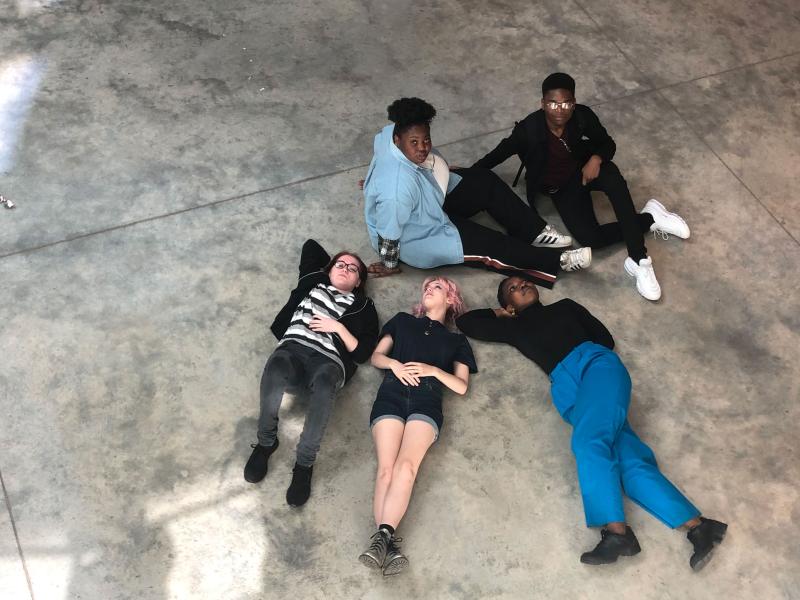 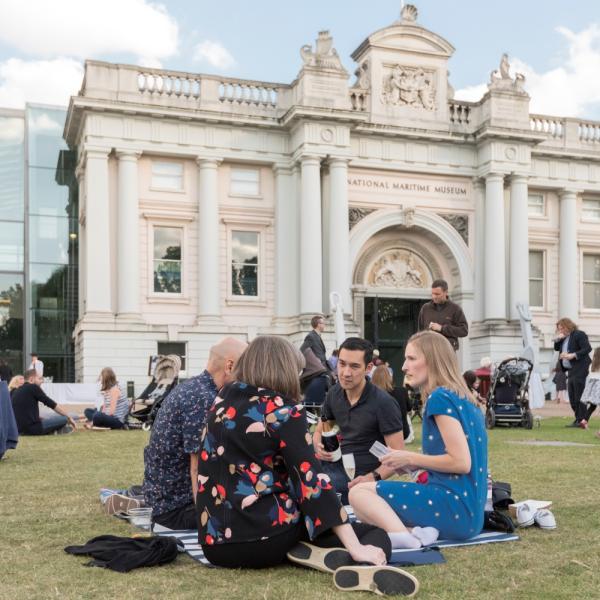