In the early hours of 6 May 1682, panic spread through the estimated 330 passengers and crew of HMS Gloucester.

At around 5.30am the warship had run aground on a sandbank off the coast of Great Yarmouth in Norfolk.

Among those on board was James, Duke of York, the brother of Charles II and future King of England.

Within an hour, the ship had sunk. James survived, but an estimated 130 to 250 people lost their lives.

In 2007 diving brothers Lincoln and Julian Barnwell found what they believed to be the wreck of the Gloucester. However, the discovery was only made public in June 2022 following the ship’s formal identification.

Professor Claire Jowitt, co-curator of a new exhibition about the find, has called it "the single most significant historic maritime discovery since the raising of the Mary Rose in 1982." 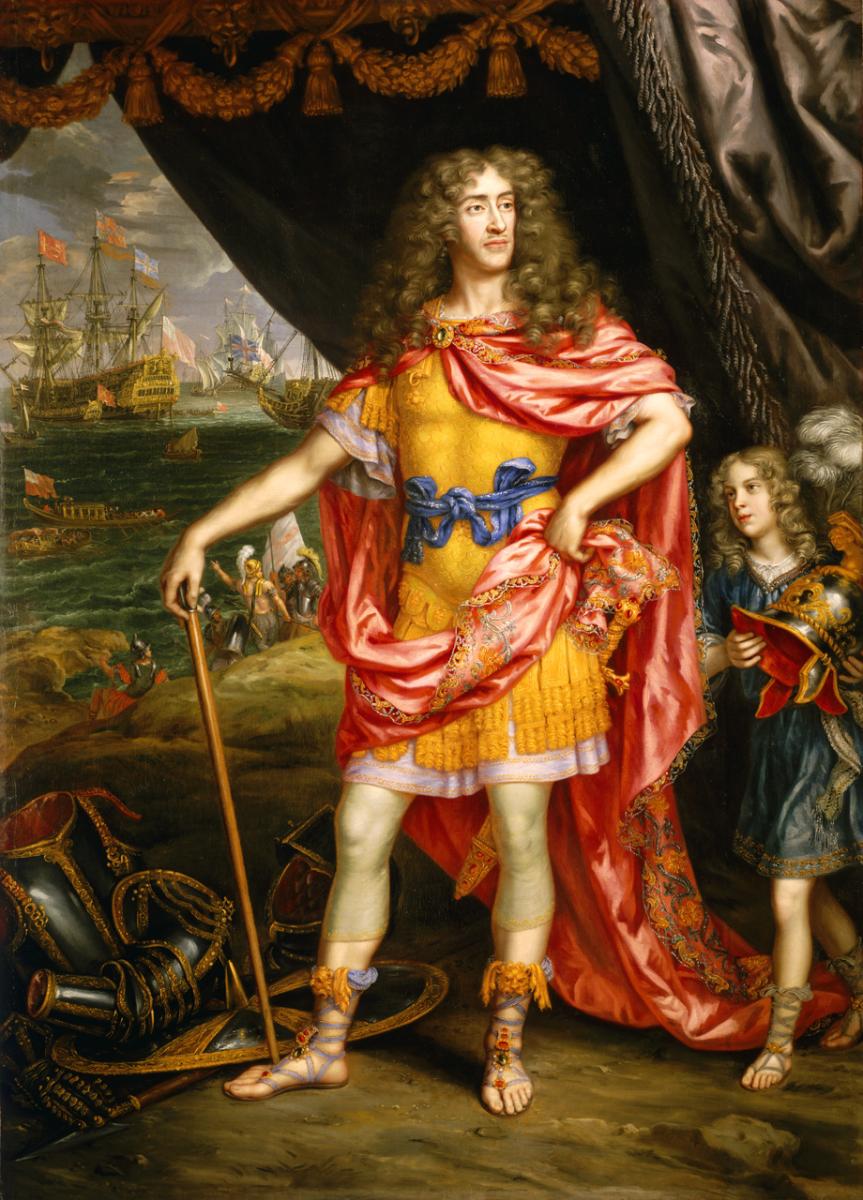 England in the late 17th century was marked by political turmoil and religious division.

The 1670s had witnessed the Third Anglo-Dutch War (1672-74) and the Exclusion Crisis (1679-81), a political campaign that intended to bar James, Duke of York (pictured) from the line of succession due to his Roman Catholic faith.

By 1682 an ageing Charles II was keen to shift royal power towards his brother James, who had been living in Scotland with his wife Mary of Modena. With Mary due to give birth, Charles was eager for the family to return to London.

“Charles II, aware of his own failing health and his lack of a legitimate child, was becoming increasingly anxious to rehabilitate James at the centre of government,” Nigel Pickford, author of Samuel Pepys and the Strange Wrecking of the Gloucester: A True Restoration Tragedy, explains in a lecture given to Royal Museums Greenwich Members in 2021.

James decided to sail to Edinburgh on HMS Gloucester, accompanied by a fleet of warships. He would return to London with his family to take up residence at Charles’s court.

“During England’s recent wars with the Dutch, James was Lord High Admiral of the Fleet and played an active role in the great sea battles, such as the Battle of Solebay in 1672,” Pickford says. The events of this climactic naval battle are immortalised in the Solebay tapestry, the largest tapestry in Royal Museums Greenwich’s collection.

James’s naval prowess is highlighted in the portraiture of the period. In the vibrant painting by artist Henri Gascar, the future king is dressed as Mars the God of War.

“James’s warrior status had made him popular in the country, and he liked to play up to his martial image through portraits like this one,” Pickford says. The sight of James on board the Gloucester would have reinforced this sense of power and naval expertise.

The royal fleet left Margate in Kent on the morning of 4 May 1682, led by the flagship HMS Gloucester. 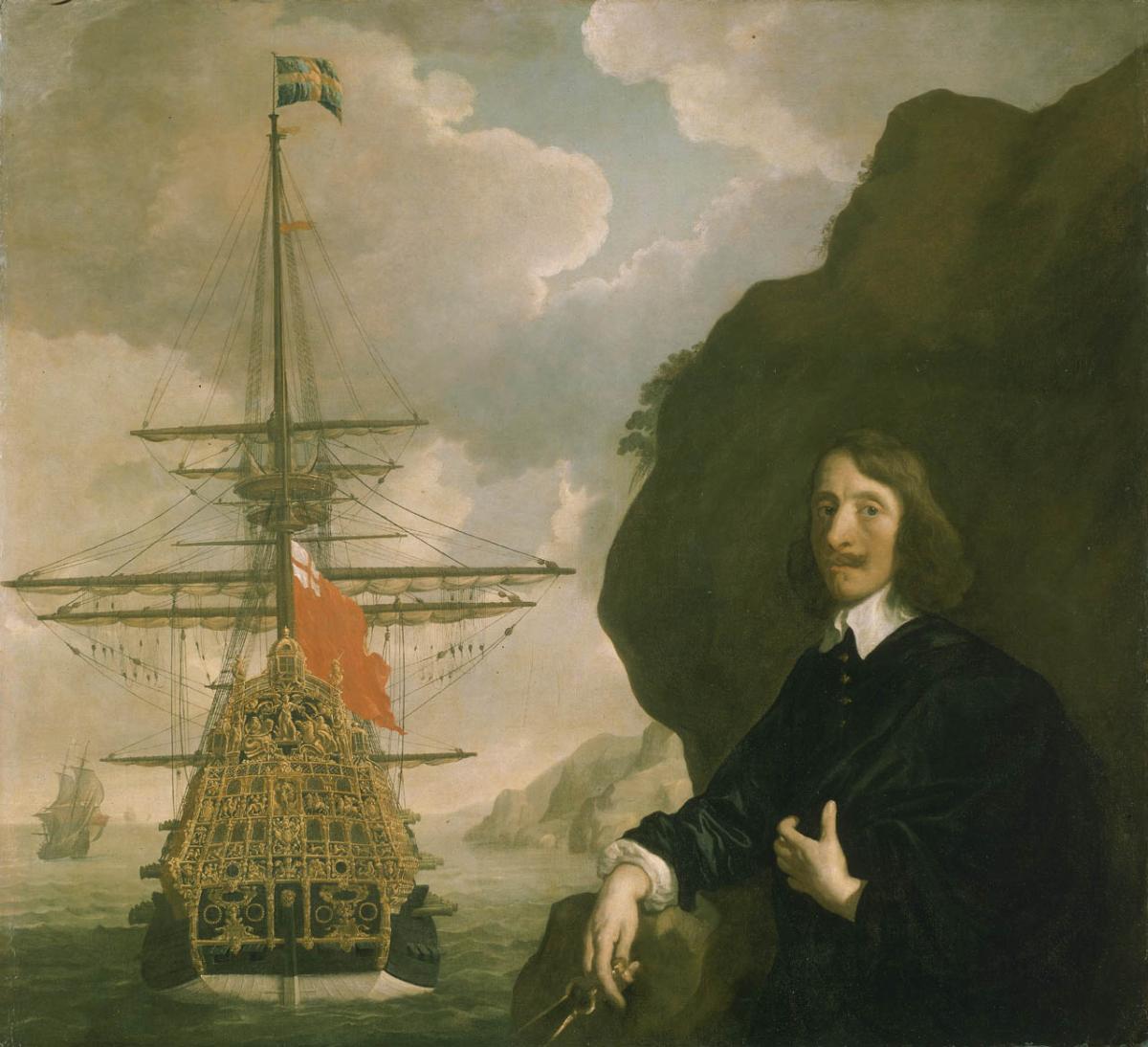 “The Gloucester was a beautiful ship with ornately carved woodwork in the style of Grinling Gibbons,” Pickford says.

The design of the ship’s stern, flying the red ensign, is thought to be similar to that depicted in a painting by artist Peter Lely, titled Peter Pett and the ‘Sovereign of the Seas’ (pictured).

An array of ships accompanied the Gloucester on its voyage including the royal yacht Katharine, which carried the naval administrator and diarist Samuel Pepys.

The journey was beset with difficulties from the outset.

Murky and wet weather on the first day forced the fleet to moor up for the night. To inform the other ships of this decision, the Gloucester fired a gun signalling that the fleet should close and drop anchor. Confusion quickly ensued.

“Three out of the ten ships interpreted this signal as requiring them to immediately tack seawards,” Pickford explains. “As a result, they became lost from the main fleet and never re-joined it.”

By the second day of the voyage, the situation had worsened. In the evening, a heated dispute broke out between James, the Gloucester’s pilot James Ayres and several naval officers regarding how best to navigate the dangerous Norfolk sandbanks.

The sinking of HMS Gloucester

“At the end of the second day of sailing, the Gloucester did not moor up. The weather was blustery, but the winds were blowing from a favourable direction,” Pickford says.

“The diminished fleet of seven ships – three still remained lost – continued to sail at a speed of somewhere around six knots through the darkness. This was a fast speed for large sailing ships at night-time, and in marked contrast to the lack of activity on the previous night.”

At around 5.30am on 6 May, the Gloucester crashed at speed into the Leman and Ower sandbanks, located some 45km off Great Yarmouth.

The violence of the collision broke the rudder and killed the man at the tiller. With water filling the ship, the crew was anxious for James to disembark as quickly as possible.

“James was, after all, the heir to the throne,” Pickford says. “The first priority had to be to save his life. Only after James was safely away could attention be given to getting the other passengers and the crew into rescue boats.”

James however was reluctant to abandon ship. Even when he finally agreed to leave the vessel, he prolonged his departure by attempting to rescue his strongbox, thought to contain his memoirs and political documents.

The terror surrounding the wrecking is captured in The Wreck of the ‘Gloucester’ off Yarmouth, 6 May 1682, a painting attributed to the Dutch artist Johan Danckerts.

However, Pickford explains that the artist has taken some creative liberties depicting the event: “This dramatic and visually arresting representation of the Gloucester is wrong in many respects. Most obviously, the sandbanks of the Leman and Ower never show above water, so it would have been quite impossible for anyone to have been running along them.”

Within an hour, the ship had sunk. Between 130 and 250 of the estimated 330 passengers on board perished, including leading figures such as the nobleman Robert Ker, Earl of Roxburghe.

The aftermath of the disaster

As news spread, questions were raised about James’s involvement in the tragedy.

At a time when the Exclusion Crisis was still fresh in people’s minds, such a disaster could prove catastrophic for the monarchy and provide ammunition for James’s enemies.

For James’s supporters however, his survival was hailed as an act of divine providence. Works from paintings to poems were commissioned to celebrate the king’s resilience.

“As soon as James returned to London, the entire Stuart PR machine cranked into action,” Pickford says. “Medals were struck showing James’s steadfastness at a moment of great crisis.”

James did not accept any responsibility for the disaster. The ship's pilot James Ayres was imprisoned, and conspiracy theories even suggested that the wrecking was part of a republican plot to murder James.

At the time of the Gloucester’s sinking, the first serious charting of the British coastline had only just begun. To aid navigation, the crew had been using The English Pilot, an atlas created by the cartographer John Seller.

However, Pickford says, there was a problem. “Different editions showed the Leman and the Ower sandbanks in a great variety of distances from the mainland. The Leman and Ower sandbanks [were depicted] about 14 miles out of position. No attempt had been made to actually plot the true position of the sandbanks.”

Despite the controversy around the sinking, James ascended to the throne in 1685 with little opposition – only to be deposed during the Glorious Revolution of 1688.

For centuries the debates surrounding the events of 6 May 1682 have remained submerged. But with the shipwreck's discovery, the story of the Gloucester and its royal passenger is back in the spotlight. 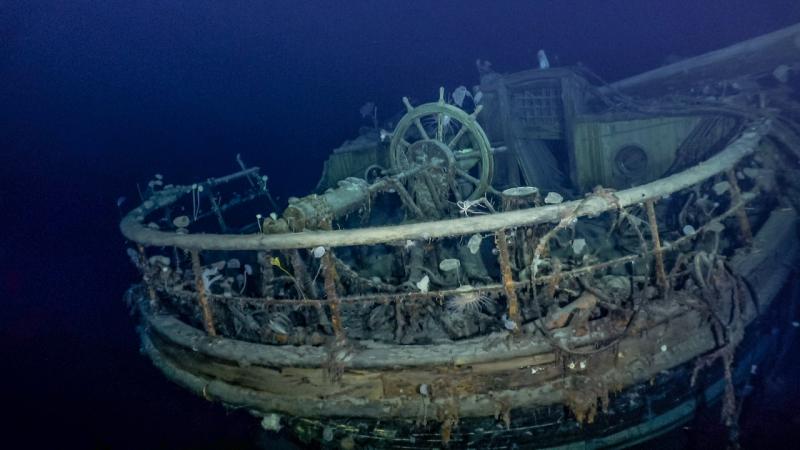 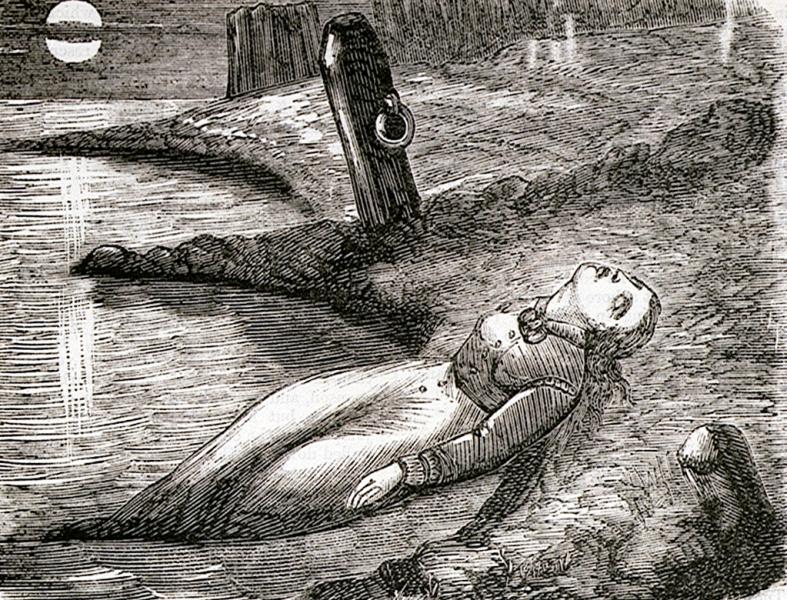 In our collections
Drowning in sewage: the sinking of the Princess Alice
Did the polluted waters of the Thames contribute to Britain's worst inland waterway tragedy?
Find out more 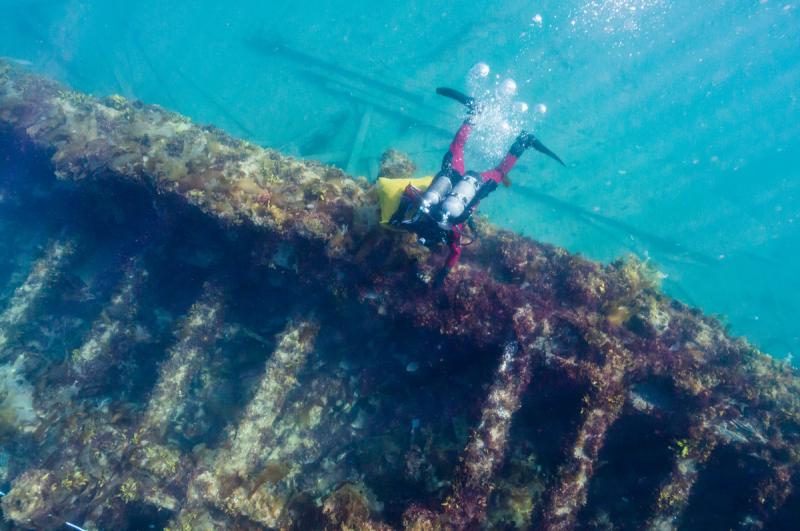 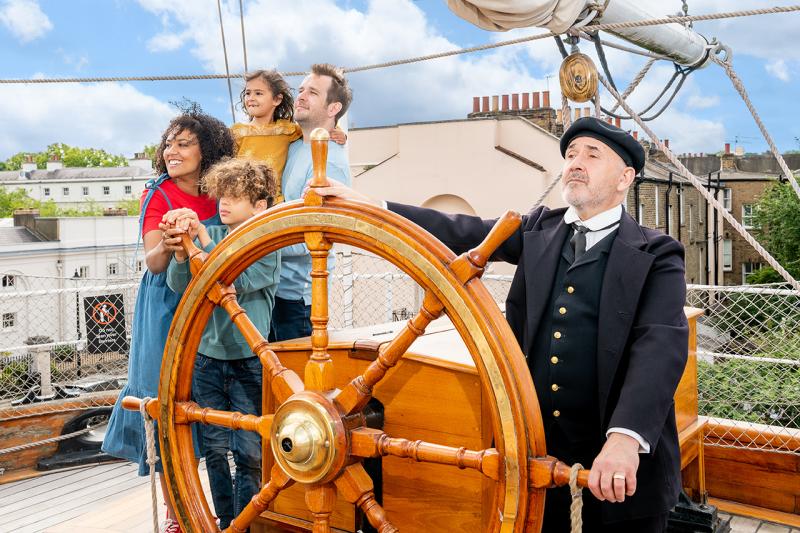 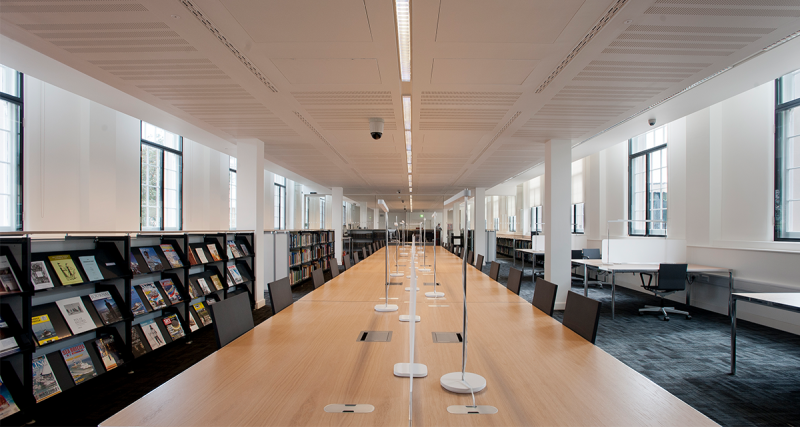 From deep space to ocean depths, discover the stories of our world
Find out more