Many cultures celebrate the Lunar New Year and for some, a part of this includes the giving of a red envelope.

In Mandarin these are called Hong Bao, but other languages have different names for them.

However, other countries have variations to this tradition. In South Korea, for instance, the envelopes are white. In Japan they may be white or they may be decorated.

It is not known where or how the tradition began, but it may date back to a Qin-Dynasty (221 - 206 BC) custom where coins were threaded together on red string to ward off sickness. Another story tells how a demon would visit the homes of children on New Years Eve and touch their forehead three times, making the child very poorly. One New Years Eve, two parents gave their child eight coins wrapped in red paper to play with, hoping this would keep the child awake through the night and protect them from the Demon. When the Demon entered the room and tried to touch the child's forehead, bright light came from the envelope and scared the Demon away. The story spread through the village and from them on families wrapped coins in red paper on New Years Eve to protect their child.

In this activity, try your hand at some simple origami (paper folding) to create your own red envelope inspired by the hongbao. 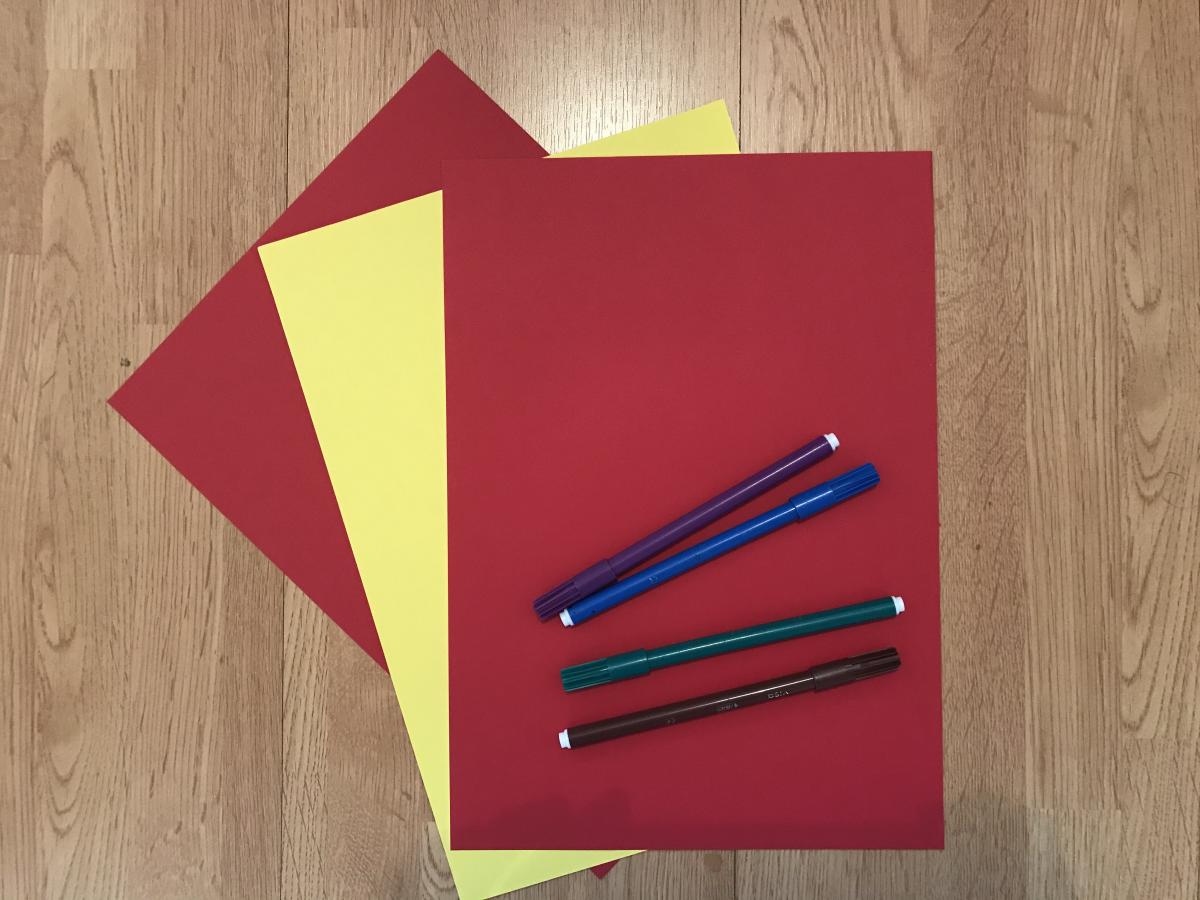 Line your three pieces of paper up, one on top of other, portrait style (shorter ends at the top and bottom). Each piece should be around 1cm from the top and edge of the piece of paper behind it.

Fold all three pieces of paper at the same time along the long edge.

Now select all three pieces along the other long edge, and fold them over to meet the other side, essentially folding your paper into thirds.

Undo your previous fold, leaving a crease. Then take the bottom corner and fold it across to meet the long folded edge from step 2. Make sure you press down on your fold to keep it sharp.#

Refold your paper along the crease that you created in step 3.

Turn your craft over so that you are looking at the back.

Take the bottom edge and fold it up. You should be able to see the pattern more clearly.

Fold the other end over to meet the end of the fold you just created.

Look at the end that you just folded. You should be able to see a hole.

Tuck the short folded end, into the hole you just found. Press down on all the edges to keep the folds sharp.

Turn your envelope over and add some decoration. We have drawn a small ox on ours inspired by the Ox in the zodiac. However, you could draw or decorate with anything that inspires you.

To add your gift, unfold everything and return to step 1. Place your flat item in the centre and redo the folds around it.