The (very) long-awaited day has come! The first, full colour images from the James Webb Space Telescope have been released – and they are everything the scientists and engineers working on the project hoped they would be, and more.

But what do the images actually show? Royal Observatory Greenwich astronomer Dr Greg Brown gives us the lowdown on the first Webb images, and explains how the new space telescope could take us even deeper into the universe...

In December 1995 the Hubble Space Telescope, only five years old at the time, stared at one tiny patch of space about the size of a grain of rice held at arm’s length.

This dark, apparently empty space became the site of the Hubble Deep Field. At the time this was the deepest image of space that had been achieved in visible light, the type of light our own eyes can see.

It showed that even in the emptiest parts of the sky, there are thousands of galaxies, far too faint for our eyes, or even most telescopes, to see. Later on, the Ultra Deep and Extreme Deep Fields would push even further, back to galaxies seen only a few hundred million years after the Big Bang.

The first image released in this opening set is Webb’s own attempt. While even the shortest Hubble deep field took over a week to produce, Webb needed to stare for only 12 hours to achieve an image that almost certainly contains the most distant galaxy seen in infrared light.

An even smaller slice of the sky, this vast array of galaxies comes from a patch only the size of a grain of sand held at arm’s length, a fraction the size of the Hubble fields.

Unlike Hubble’s field, this image was deliberately focused on a specific galaxy cluster, named SMACS 0723. These are the larger whiteish galaxies near the centre of the image.  Almost everything else is far more distant.

Because of the expansion of the Universe, the more distant a galaxy is, the faster it appears to be moving away from us. Something called the Doppler Effect causes these retreating galaxies to appear redder as their light gets pulled towards the red end of the spectrum. Thus, the smaller and redder a galaxy appears, the more likely it is to be amongst the most distant galaxies ever seen. Webb, with a much larger mirror and its focus on red and infrared light, is better suited to seeing these distant galaxies than the much smaller, blue-focused Hubble ever could.

One odd feature of this image is how many of the lights appear distorted.

Galaxies appear stretched out into long arcs or smears that surround the centre of the image. This is a real effect, caused by gravity. Just like everything else, light is affected by gravity, its path curving when it encounters extremely massive objects. The galaxy cluster in the centre of the field is bending the light like a glass lens and focusing it. That means that these red arcs of light, which are actually exceptionally distant galaxies, are being magnified and brightened by a gravitational lens.

Finally, the only relatively local things in this first image are some of the bright six-spiked lights. Some of these are stars from our own galaxy, their light so bright compared to everything else that the glare is being spread around the image in a characteristic pattern. This pattern is unique to Webb and is due to its unusual hexagonally shaped mirrors. However, even the brightest star in this image is far, far fainter than anything you could see with the unaided eye.

In a fraction of the time, and with far more detail, Webb has already surpassed the deepest image that Hubble has ever taken.

Discover the universe with astronomers from the Royal Observatory Greenwich 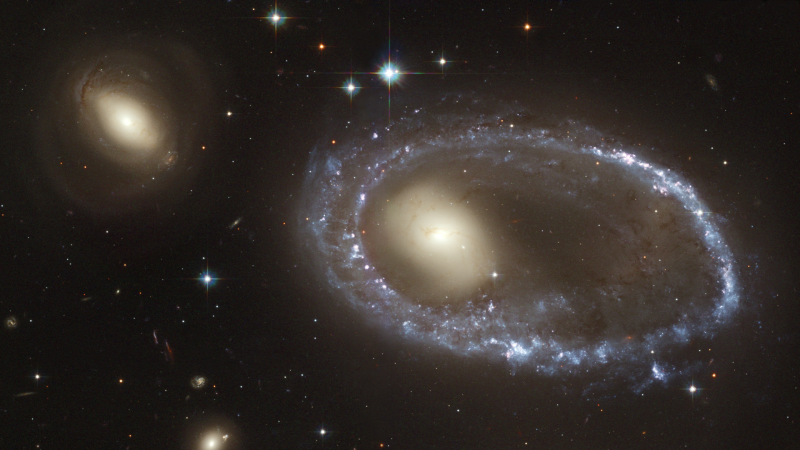 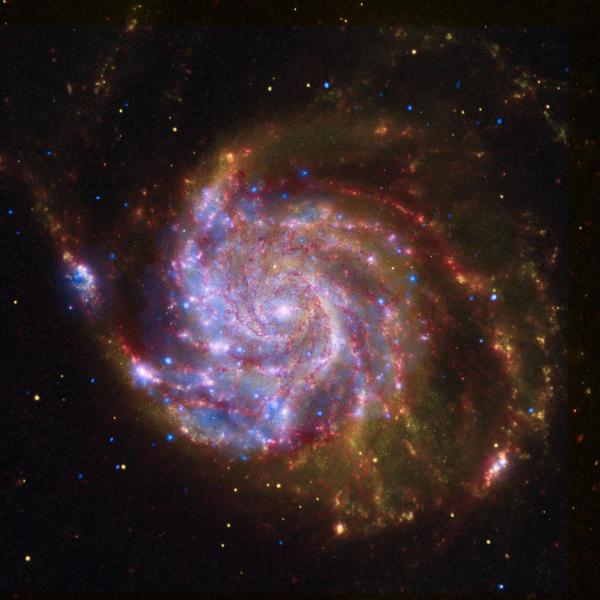 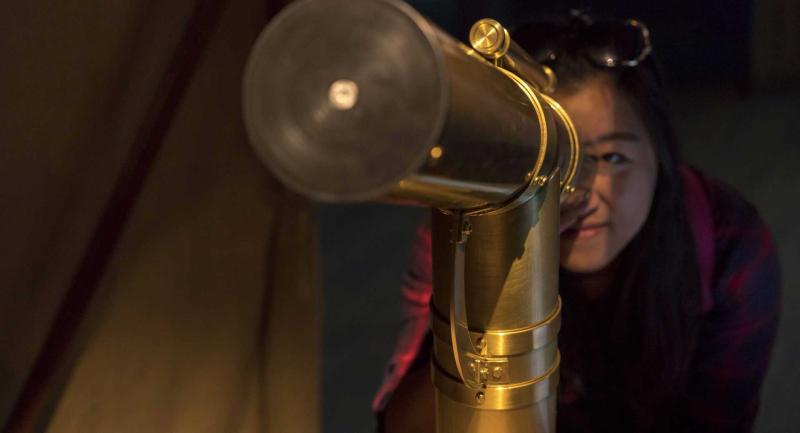 Beautiful images are not all the Webb is going to be producing, and while they may not seem as immediately impressive, these other data products have the potential to be even more impactful than the most stunning of pictures.

Exoplanets are a massive field in astronomy at the moment, with around 5000 confirmed exoplanets discovered to date. Finding these exoplanets is already a huge undertaking, with numerous satellites and ground-based telescopes scanning the sky to find even more. While Webb is not well designed to help with the original search, it is ideal for studying an exoplanet once it has been found.

As a planet passes in front of its parent star, called a transit, a small amount of the light of the star will be blocked out. This dip in light is how we spot exoplanets in the first place.

But what is incredible is that a tiny amount of light actually goes from the star, through the planet’s atmosphere (if it has one) and can then be detected by telescopes like Webb. This light can be split out into its different colours, forming a rainbow or spectrum of light. Different colours of light come from, or are blocked by, different atoms and molecules in the planet’s atmosphere. By seeing which colours are brighter or fainter, we can determine what the atmosphere is made of.

The chart above shows the spectrum of the atmosphere of the planet WASP-96 b. This Jupiter-sized gas giant is extremely close to its Sun-like parent star, orbiting once every 3.4 days. For comparison, the planet Mercury in our own solar system takes 88 days to orbit the Sun. This means that this gas giant is extremely hot, around 1000°C, making it one of the many hot Jupiters we have discovered.

Sign up to our space newsletter for exclusive astronomy news, guides and events

The death of a star

When stars like our Sun come to the end of their lives, there is no grand explosion, no supernova. Instead, the star will puff itself up into a red giant phase before sighing off its outer layers in many pulses or cycles over thousands of years. The outer layers of that star become a planetary nebula, a wide cloud of gas surrounding the dying star.

This third image from Webb is of the Southern Ring Nebula, a planetary nebula that is still forming around 2000 light-years from Earth. The faint star at the nebula’s heart will eventually release all of its outer layers, leaving behind a tiny white dwarf, about the size of the Earth but with a large fraction of the mass of the Sun crushed inside of it.

These two images were taken with two different types of camera.

The image above was taken with the Near-Infrared Camera (NIRCam), meaning the light used to make it is closer to that which our eyes can see than that used to make the image below, taken instead with the Mid-Infrared Instrument (MIRI).

Each band of colour surrounding the star is a separate pulse of gas thrown off by the star over the course of the last few thousand years. By analysing the composition of each wave of gas, researchers will be able to see how the star continues to evolve in the very late stages of its life.

The MIRI image reveals a companion star to the one that is dying, the second point of light in the core of the nebula. The mid-infrared light it was taken in is capable of peering through the layers of dust that normally block visible light, revealing the secrets hiding within.

In the top left-hand corner, you may also be able to spot a thin, edge-on galaxy captured by accident in the background of the far more local planetary nebula. 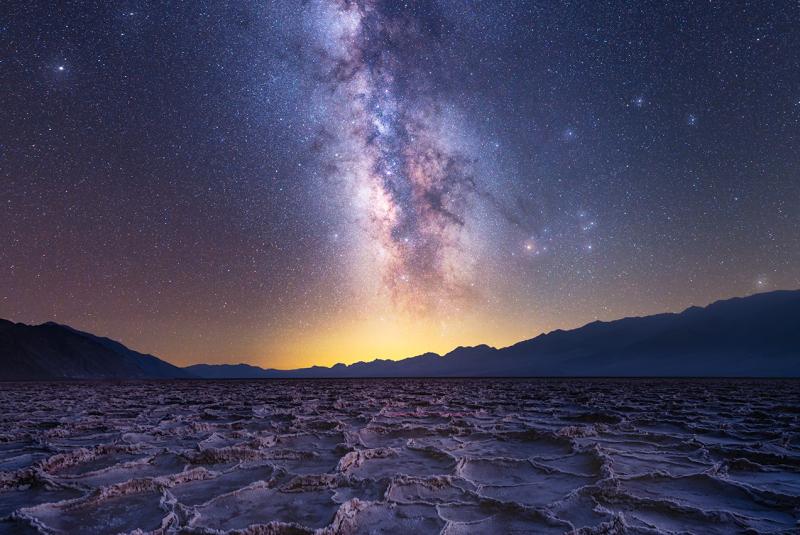 Shop
Astronomy Photographer of the Year Photography Book
£25.00
Pre-order your copy exclusively with us, and receive it the day after the awards ceremony, on 16 September* and ahead of the general publication date of 29 September...
Buy Now

Galaxies are rarely found completely on their own. Most are found in clusters of galaxies, and occasionally these galaxies will interact and merge with one another.

This image, the combination of a near- and mid-infrared image, shows Stephan’s Quintet, a set of five galaxies, four of which are truly part of a close-knit cluster. NGC 7320, the galaxy on the left, is actually far closer than the other four, a mere 40 million light-years from Earth, while the others are around 290 million light-years away. Although none of these galaxies are exceptionally distant in cosmic terms, the study of more local galaxies enables us to see far more detail.

Two of these galaxies are already interacting with each other, merging together into a larger amalgamation of the two. The deep orange-red colours we see are bursts of new star formation occurring as the gas clouds found in each crash into one another.

At 150 million pixels in size, this is Webb’s largest image to date and shows a vast wealth of detail, from newly forming star clusters even down to seeing some of the brightest stars in each galaxy as individual points of light, and beyond this a vast number of distant galaxies coincidentally within this image.

Finally, in the core of the top-most member of the quintet, the mid-infrared image has detected the feeding supermassive black hole at the centre of the galaxy, which other instruments on Webb have already gone on to study in incredible detail.

Shop
XDC Planisphere & 2022 Guide to the Night Sky Book Set
£18.00
The perfect companions for a night of stargazing. Available for the special price of £18.00 when purchased together.  The Planisphere is an easy-to-use practical tool helps any astronomers identify the constellations and stars for every day of the year...
Buy Now Shop
Royal Observatory Greenwich Illuminates: Stars by Dr Greg Brown
£9.99
There are approximately ten-billion-trillion stars in the entire observable Universe. That’s a little more than the number of grains of sand on all the beaches on Earth...
Buy Now

From dust and gas - the Carina Nebula

Finally, the last image released for now by the team behind Webb is a stunning view of an old favourite: the Carina Nebula.

Stars, being made of mostly hydrogen and helium gas, form from vast clouds of these gases that collapse under their own weight. Eventually the pressure and heat get so high that nuclear fusion, the power source of the stars, begins, and a new star forms. Unfortunately, this process is often obscured from view, the very cloud of dust and gas the star is forming from blocking visible light from passing through.

However, with Webb’s focus on infrared light, we are able to peer through the clouds and see the stars and star-forming regions hiding within. This image, containing a mix of clouds still forming and newly-created stars, only a few million years old, resembles a mountain range in space. Yet these apparent mountains are vast indeed, up to seven light-years tall, almost twice the distance from the Sun to the next nearest star.

Newly-born stars are typically surrounded by discs of gas and dust from which planets will eventually form. Best viewed at the red end of the spectrum, Webb will open up avenues to observing the formation of stars and solar systems in more detail than ever seen before, and will shed light on a period in a star’s life that has been difficult to study until now.