See the 'Our Sun' category winners of the Insight Investment Astronomy Photographer of the Year 2017 competition.

The Sun is around 150 million kilometres away, yet its incredible brightness and power is obvious to us here on Earth. Although astronomers and astrophotographers use telescopes to capture as much light as possible from faint and distant objects, ironically it is only by blocking out some of the Sun’s dazzling light that we can fully appreciate it.

Not only do this year’s winners showcase the majesty of the Sun, but they also serve to remind us of its dynamic nature and that we are still striving to understand the mechanisms that drive the activity seething away in this huge ball of hot, churning plasma at the centre of our solar system. 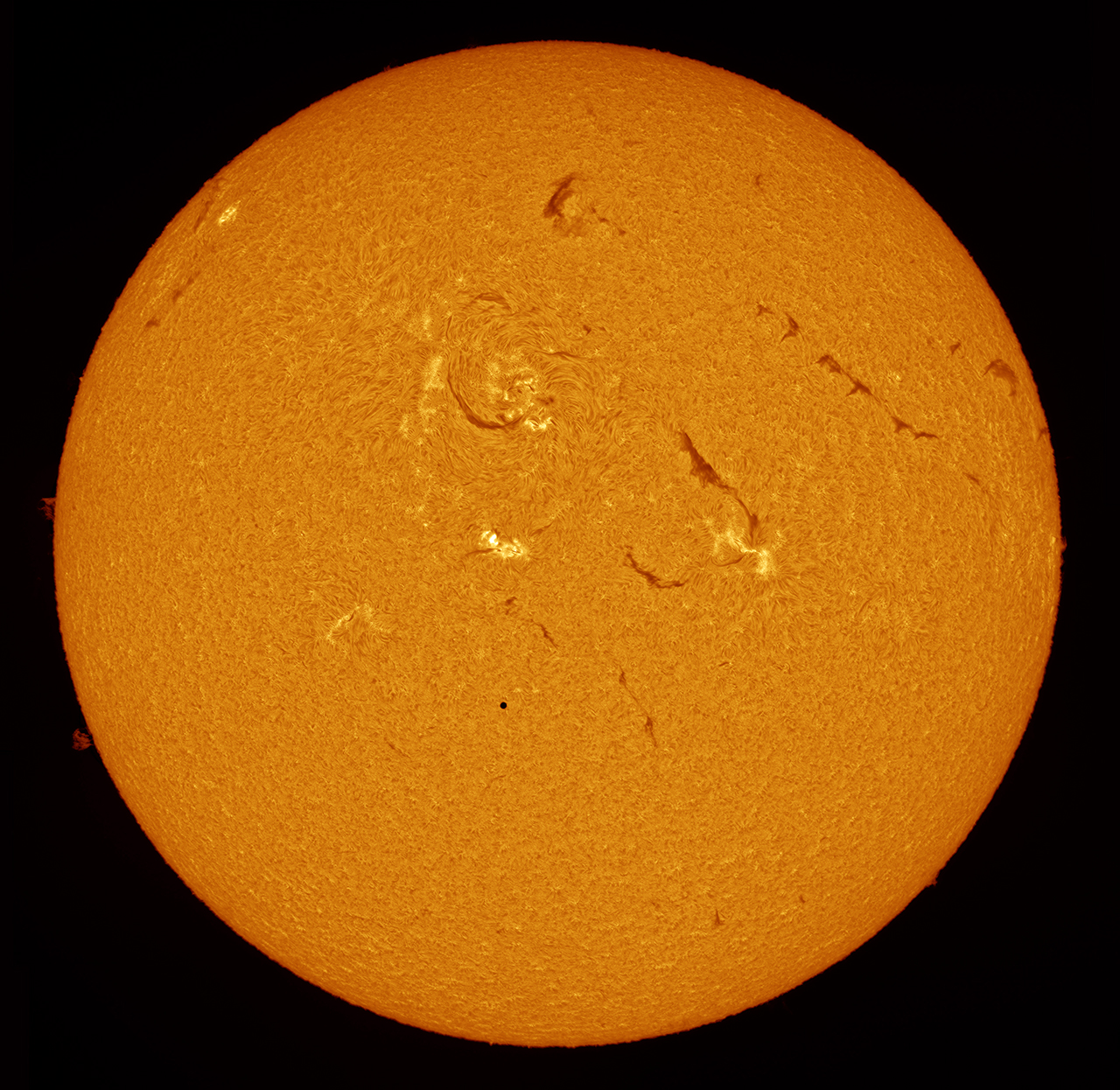 "The transit of Mercury across the face of the Sun was a very special event indeed. The day dawned cloudy but weather forecasts showed clear skies to the north. Thankfully a very kind friend offered me the use of his garden and I was able to view the transit from beginning to just past mid-point. It is such a tiny planet when compared to the Sun, but such a big moment to witness."

The Moon is not the only heavenly body that can pass directly between the Earth and the Sun – Mercury and Venus can too. However, the two planets are much further away from us than the Moon so they cannot block out the whole of the Sun’s disc. Therefore these events are called transits rather than eclipses. The transit of Mercury on 9 May 2016 lasted for 7.5 hours, making it the longest of the century. It was captured by many, including the Royal Observatory Greenwich, whose live stream through the Great Equatorial Telescope allowed almost 150,000 people around the world to watch the event. Magnification is needed (with the proper safety precautions) to see Mercury’s silhouette, as its diameter appears 158 times smaller than the Sun’s.

“I remember watching this rare and dramatic transit of Mercury at my local observatory, seen then as a black dot against a solid, flat disc of light. Observing the transit here, where we can see the Sun as spherical and with the features of its photosphere, is magnificent: a snapshot of the Solar System’s clockwork.” 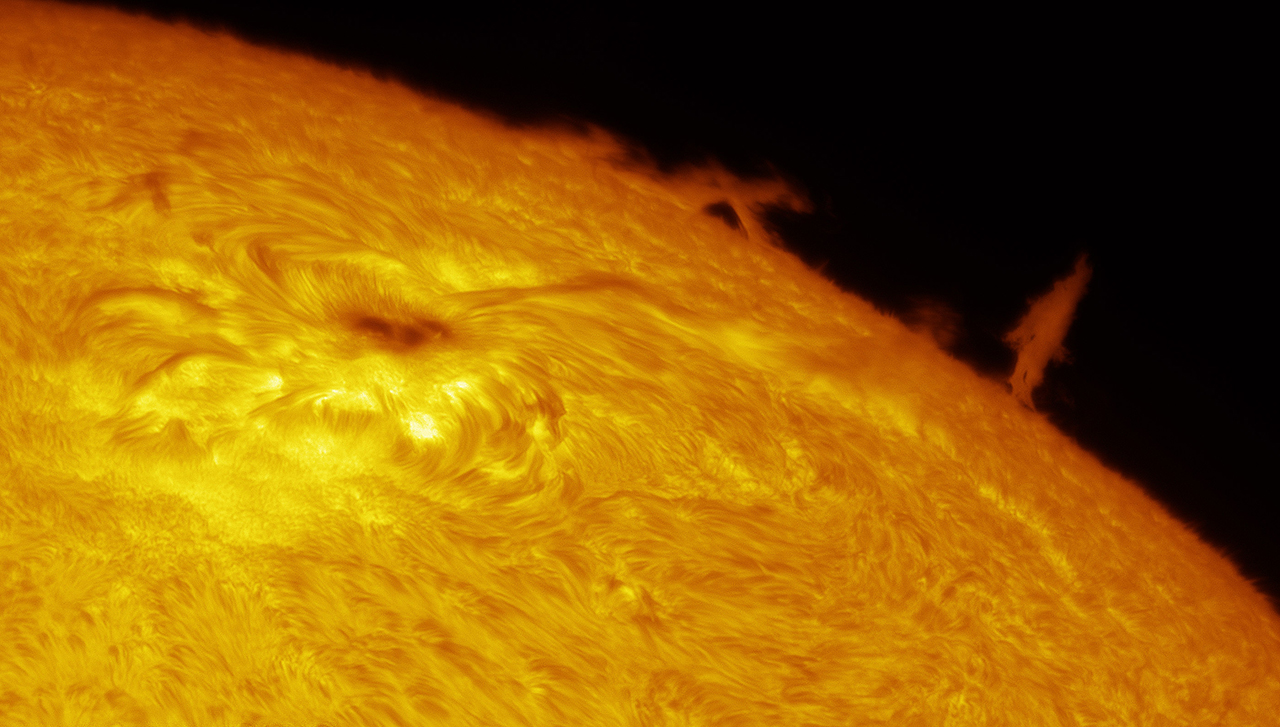 "The spring is the best time of the year for imaging the Sun, and a cool breeze and good viewing conditions make for a pleasant time. I used Lunt H-alpha filters in a custom-made telescope to bring details of the solar activity out using high magnification. Several photos were stacked to stabilize the image and the ‘seeing conditions’ (the blurriness of the Earth’s atmosphere). Solar limb images often have a 3D appearance, as in this image."

“Such is the fantastic level of detail in this image that there’s something incredibly immediate about it: it puts the viewer right above the Sun’s chromosphere, with its churning convection cells and unpredictably explosive sunspots. A region of savage heat and savage beauty.” 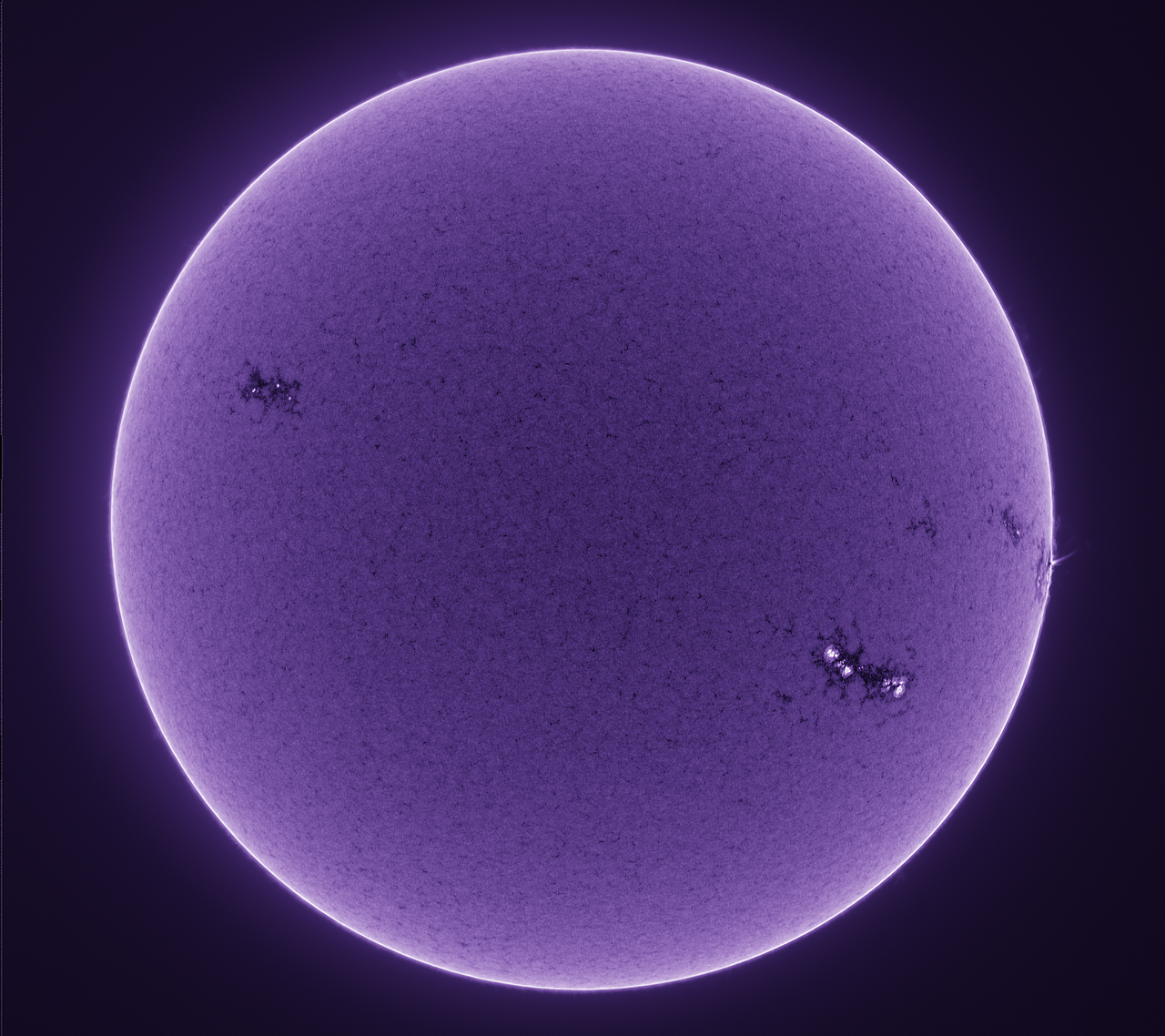 "This is an image of the Sun in Calcium-K light, showing the inner chromosphere. In the colour-rendering scheme used, the surface is shown as negative, with the sunspots as bright spots, but the area outside the limb is shown with increased contrast, highlighting a surge on the western limb, and several small prominences. Despite the sun going into a quieter phase, there is still a lot of activity."

“Creative applications of the Calcium-K light spectrum, as seen in this image, really do give us an alternative, and refreshing, view of our star. The patterns or activity seen here portray chaos alongside structure; I think quite a fitting visual representation of our star and our universe.”