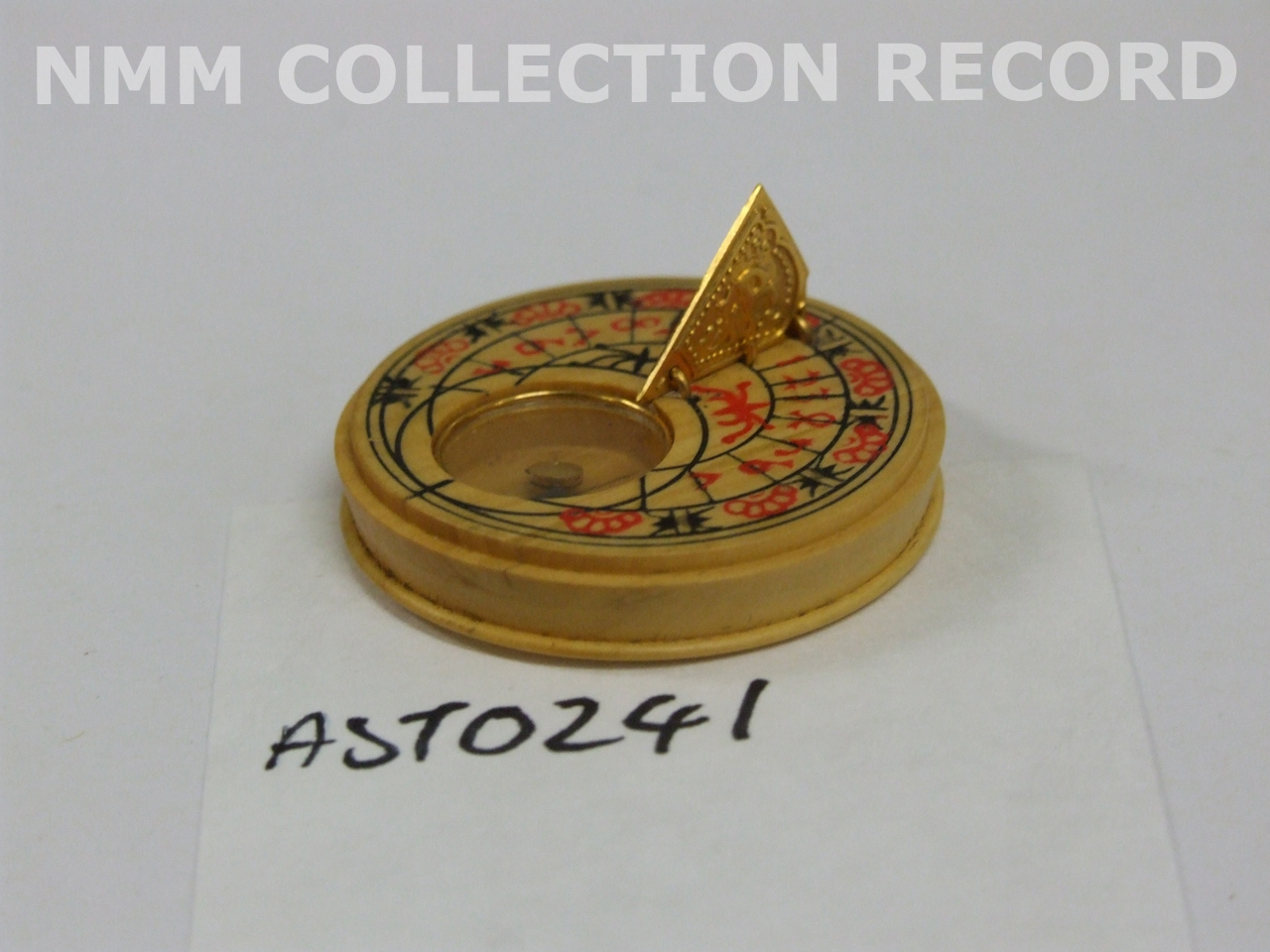 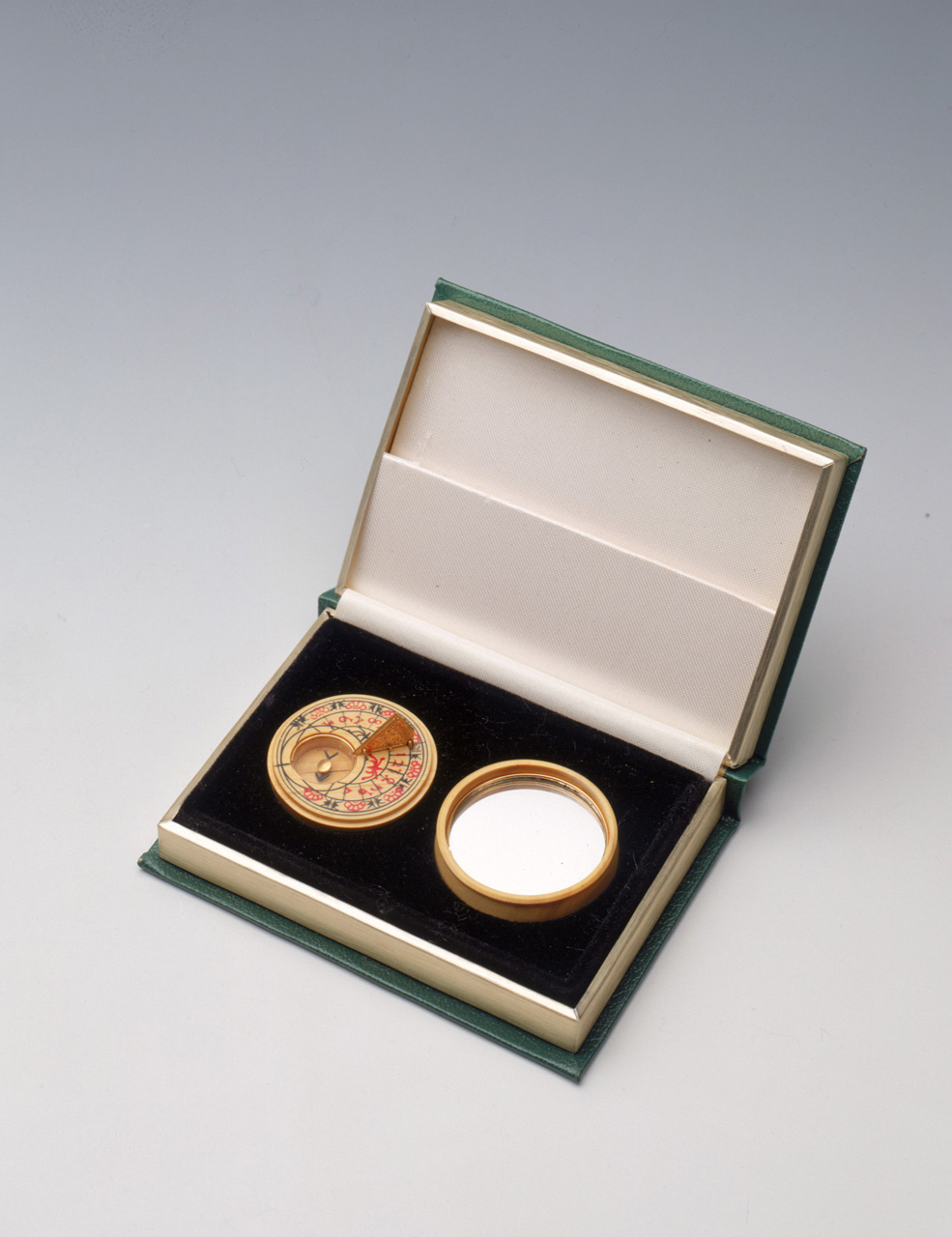 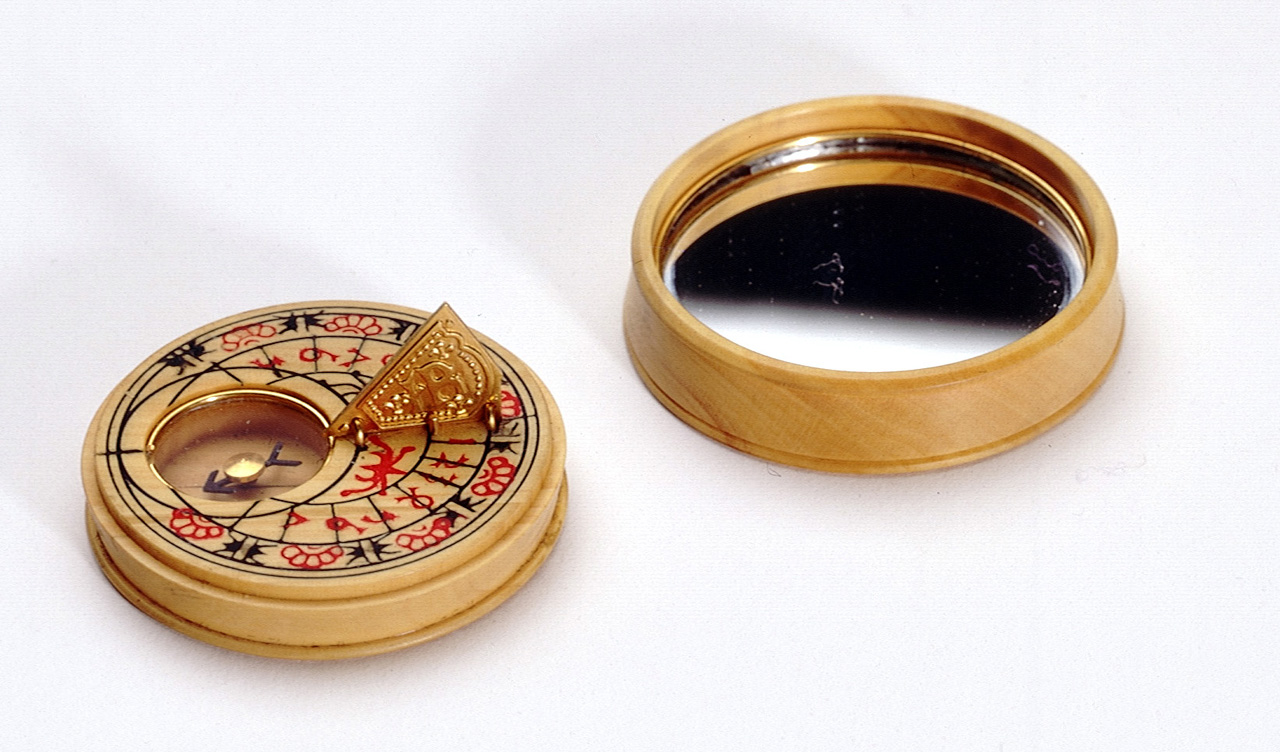 Compass dial for latitude 49° North in a presentation case with a booklet. The dial is part of a circular, wooden, lathe-turned box with a lid. The lid contains a mirror held in place by brass wire. The hour scale is marked in red paint and the brass gnomon, decorated on its East side but not on West, is hinged and folds flat when not in use. On the compass the meridian line is offset 5° East of North to allow for magnetic variation. For details of the case and booklet, see AST0249.

This dial was made for the Mary Rose Trust. The 'Mary Rose' was built in Portsmouth in 1510 and reconstructed in 1536 to become the Navy's first purpose-built warship capable of firing broadside from within the hull. The ship sank in the Solent during an action against the French in 1545. Her wreck was discovered in 1966 and was eventually raised from the seabed in 1982. Many artefacts were discovered from the wreck including several pocket sundials, three of which were used as the patterns for making imitations. The NMM collection contains two of these copies (see also AST0249) and a facsimile (see AST0250).

The original of this instrument is thought to have been made either in Augsburg or Nuremberg. It would originally have had a metal mirror in the lid, rather than the glass that has been used in this copy.

For more information regarding this dial please refer to the OUP & NMM catalogue, 'Sundials at Greenwich'.
Back to Search Results
Buy a print License an image
Share:
Link copied to your clipboard!