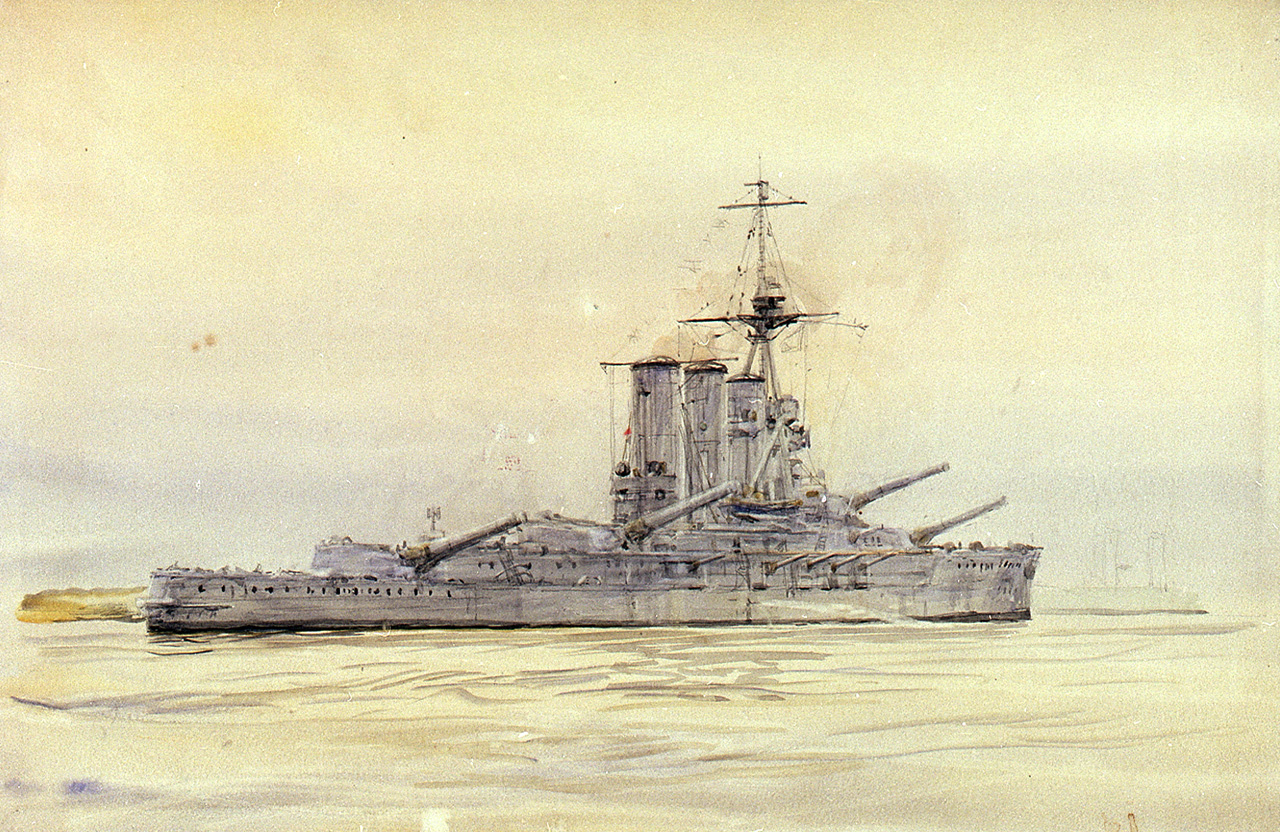 HMS 'Tiger': study for the Battle of Jutland

The 'Tiger' is depicted here in her 1915-16 condition, after Jutland and the removal of her foretopmast flagstaff and her sternwalk but before the fitting of the enlarged control top on her foremast. The artist has failed to show the ensign staff that was fitted at the aft end of the superstructure. The viewpoint is from of her starboard quarter, with low ground behind and possibly a jetty beyond her bow. Her guns are all at maximum elevation trained on the starboard beam. The view shown of 'Tiger' here is almost the same as in the illustration of her, 'Princess Royal, 'Lion', 'Warrior' and 'Defence' included in Wyllie's co-authored book 'More Sea Fights of the Great War' 1919), f. p. 136, so very probably a preliminary study for the etching from which that was taken. As the book's preface makes clear, Wyllie had no difficulty in having ships' guns trained round and elevated while at moorings so he could make exact studies for his pictures, thanks to his wide contacts in the Navy.
Back to Search Results
Buy a print License an image
Share:
Link copied to your clipboard!