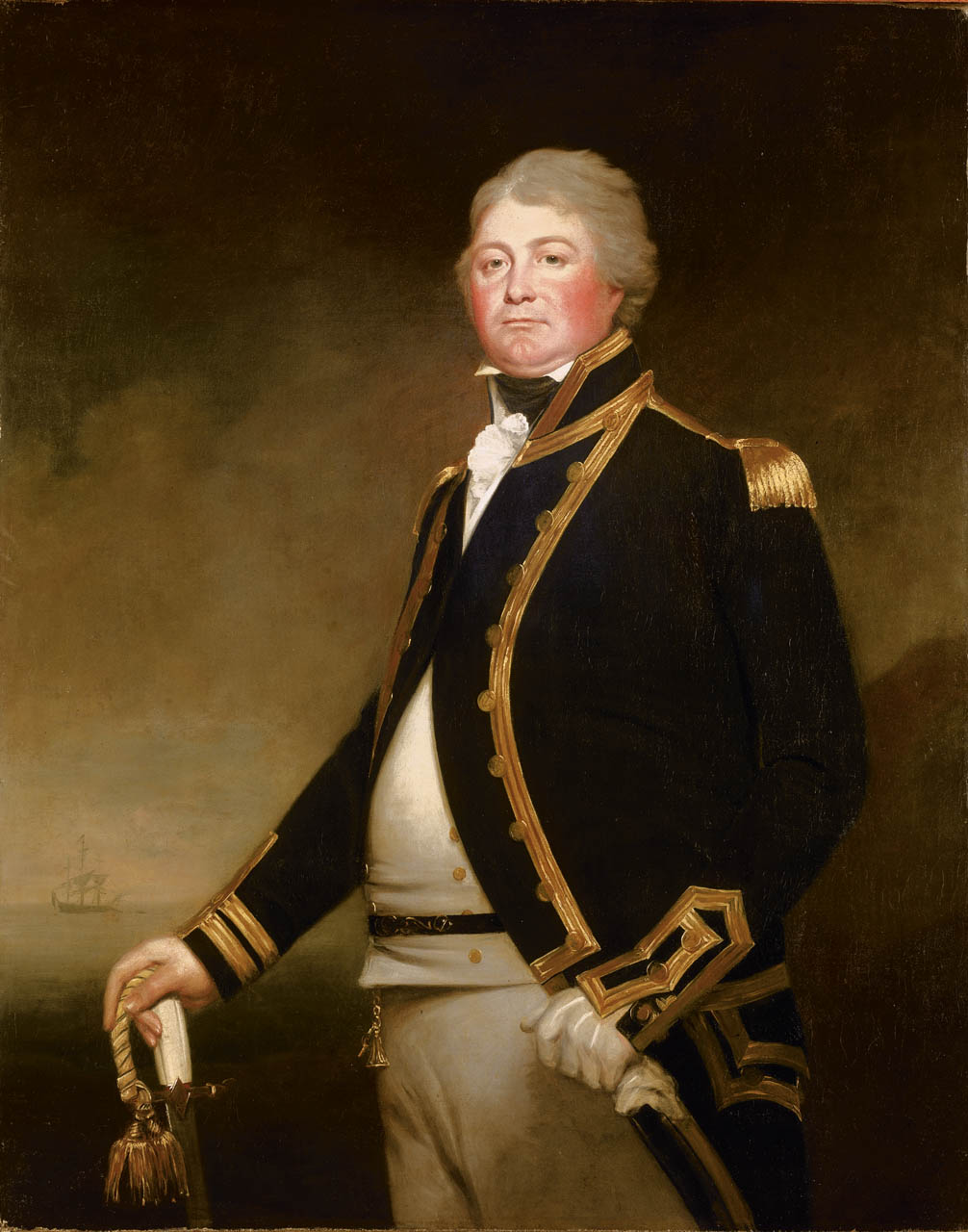 A three-quarter-length portrait to left wearing captain's full-dress uniform, (over three years), 1795-1812. His bare right hand rests on his drawn sword and he holds his right glove in his gloved left hand. His seal is visible on the left, hanging from his waist. The sitter was a lieutenant in the 'Royal George', 100 guns, at the Battle of the First of June, 1794. Later he commanded frigates in the West Indies and home waters.

In 1798, when in command of the 'Mermaid', 32 guns, he had a spirited action with the French frigate, 'Loire', 46 guns, which though laden with troops managed to escape. She was captured two days later, however, by the 'Anson', 44 guns, and the 'Kangaroo', 18 guns. In the following year, Newman-Newman transferred to the 'Loire', and in February 1800, assisted at the capture of the 'Pallas', 42 guns, a brand-new French ship. He continued in the 'Loire' until 1802 and, in the background of the painting, the outline of this frigate has been depicted on the left. In 1811, as senior captain in the Baltic fleet, he was ordered to escort home the 'St George', 98 guns, 'Defence', 74 guns and 'Cressy', 74 guns. In a gale off Jutland, his ship, 'Hero', went aground and was lost with Newman-Newman and all but 12 of her ship's company. A similar fate befell the 'St George' and the 'Cressy'. The portrait was exhibited at the Royal Academy in 1801. There is an engraving after it by Edward Scriven, made at or after the time of the sitter's death in 1811.

The artist (1774-1842) was a fashionable Bond Street portrait painter who was influenced by Sir Thomas Lawrence, 1769-1830. He was elected an Associate of the Royal Academy in 1807 but his practice declined in the 1820s when he became curator of the RA painting school and, later in declining health, was partly supported by its benevolent fund.
Back to Search Results
Buy a print License an image
Share:
Link copied to your clipboard!