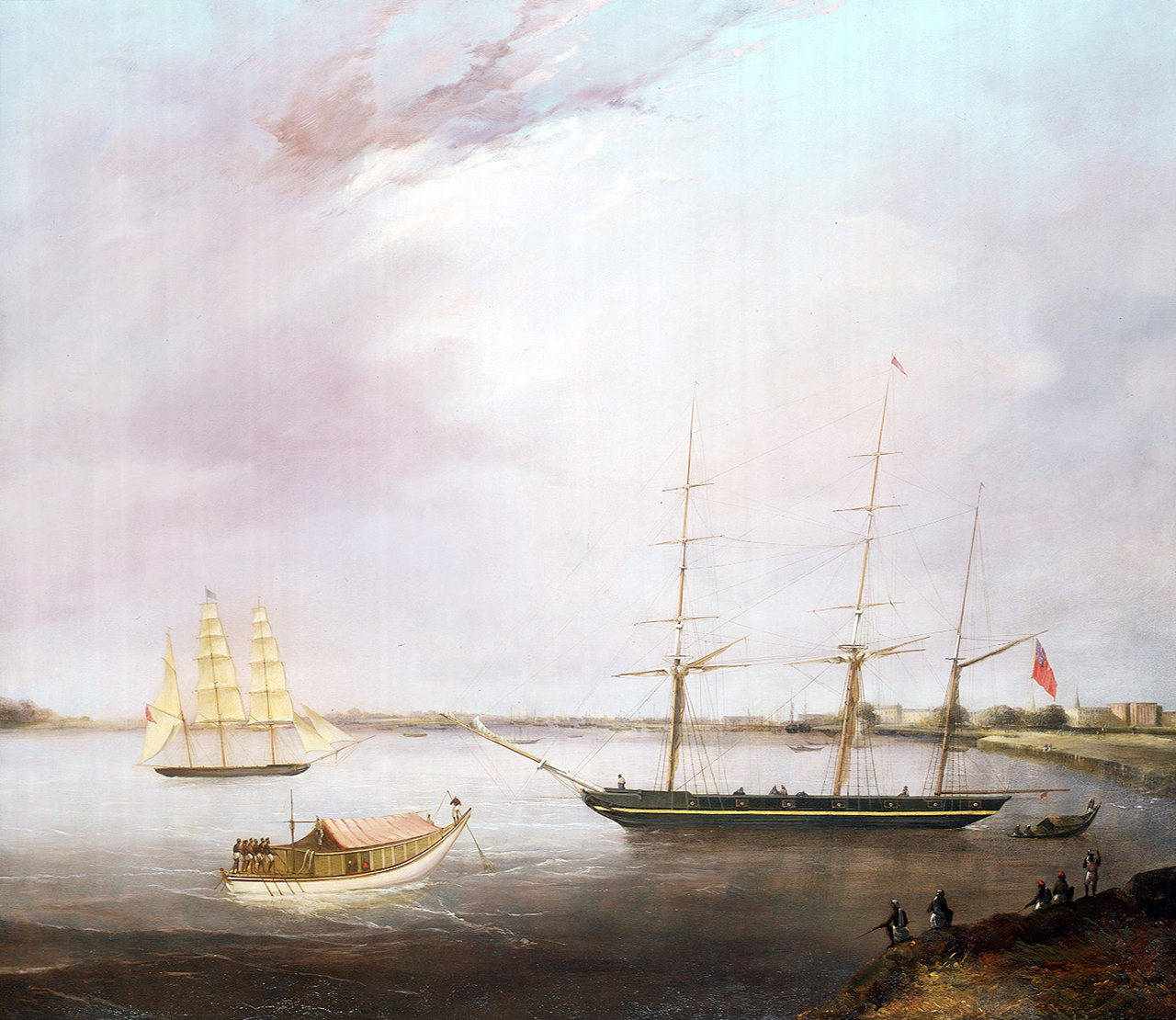 The 'Streatham' and the opium clipper 'Red Rover'

The ‘Streatham’ with the opium clipper ‘Red Rover’ are shown at anchor in the Hooghly River, Calcutta. The buildings of Calcutta dominate the skyline in the background. A local craft with passengers seen through the louvred canopy is being rowed from the ‘Streatham’. Figures on the shore on the right survey the scene and the nearest man appears to be fishing in the mighty river. Two thirds of the painting is sky which emphasises the vast scale of India.

The ‘Streatham’ was a ship of the Honourable East India Company. The ‘Red Rover’ was the first and most famous of the purpose-built 'opium clippers' which carried opium from India to China. She was launched in Calcutta on 12 December 1829 and ran between Calcutta and the Pearl River. In 1846 she was bought by Jardine Matheson. Designed on the lines of fast American clipper ships, the ‘Red Rover’ doubled the profits of her owners by making two voyages a year from Calcutta to China. The ship was finally lost in the early 1870s.

Opium was grown in large quantities in Bengal, and the East India Company had been granted the monopoly in trading the drug in 1773, and the right to grow it in 1793. By 1839, illegal opium sales to China were massive. In 1842, the Opium War came to an end after the signing of the Treaty of Nanking giving England control of Hong Kong. From this base of operations, opium smuggling grew with each passing year using these sleek opium clippers. Despite the early development of opium clippers in Indian and English shipbuilding yards, the British ship designers failed to adapt to the new need for speed. Their design habits had not changed from the years of the Napoleonic Wars, when the compulsory convoys had sailed at the speed of the slowest vessel.
Back to Search Results
Buy a print License an image
Share:
Link copied to your clipboard!