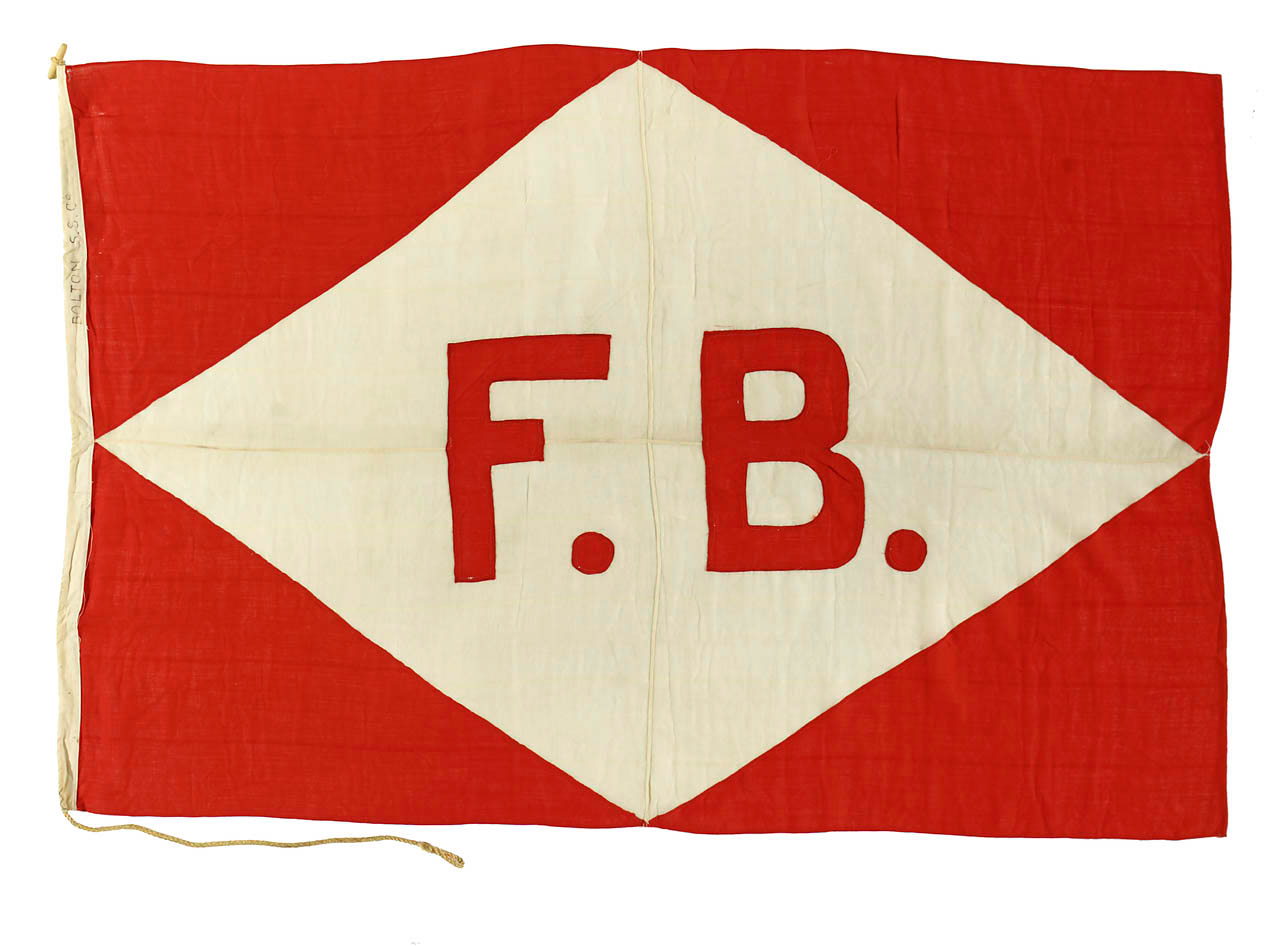 The house flag of the Bolton Steam Shipping Co. Ltd, London. On a red, rectangular field there is a white diamond with the red initials 'F. B.' in the centre. The flag is made of a wool and synthetic fibre bunting. It has a cotton hoist and is machine sewn. A rope and toggle is attached.

Bolton Steam Shipping Co. Ltd was founded by Frederick Bolton in 1874 as F. Bolton & Company. The company ran a small fleet of tramp steamers to the Middle and Far East. Bolton being the son of a painter, all the ships were called after artists. After buying out a partner, Henry Kenneth, the company was re-named Bolton Steam Shipping Co. Ltd in 1897. The company went into voluntary liquidation in 1917 prior to Sir Frederick Bolton's retirement (he was knighted in 1908).

In 1921 Frederick's son Louis Hamilton restarted the company the shares being held by himself and two unmarried sisters. Louis Hamilton died in 1953 and was succeed by his son Frederick B. Bolton. The company took advantage of a post-war boom, but after a slump in the market, it was sold to American Ted Arison in 1982 ending its role as a shipowner.
Back to Search Results
Buy a print License an image
Share:
Link copied to your clipboard!