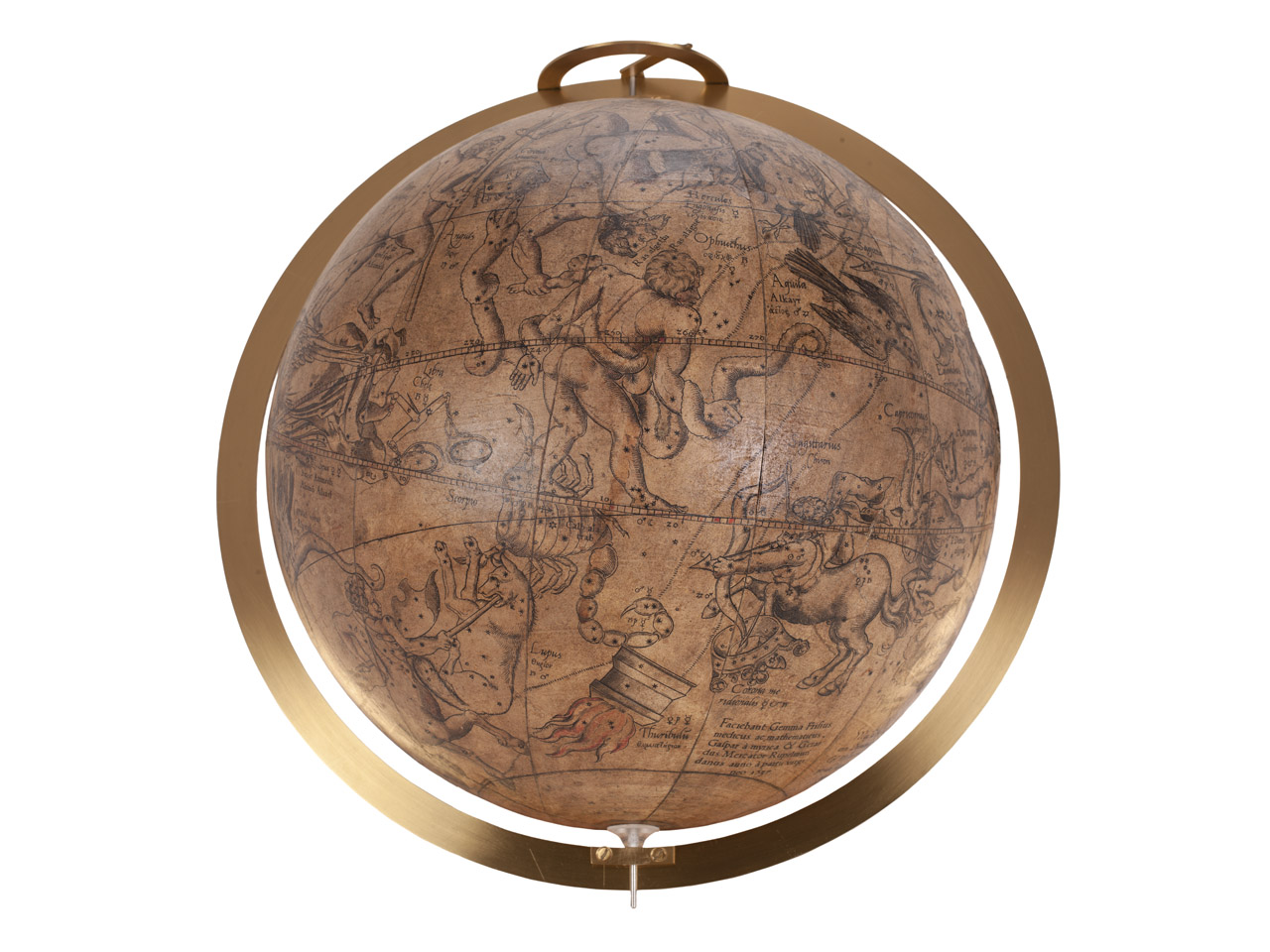 Celestial table globe. Astronomical details on the sphere include a labelled magnitude table in front of Ursa Major. The Milky Way is drawn but not labelled. There is extensive astrological information, and a total of 52 stars and six star groups are named. Stars and star groups are also provided with names in Greek script. The 48 Ptolemaic constellations are drawn with their Latin names and often their Greek names in Greek script as well. The constellations are copied from the definitive map made by Albrecht Durer (1471-1528) in 1515. The addition of a swimming maiden in Eridanus is probably copied from the 1536 celestial map of Petrus Apianus.

This is the oldest globe in the National Maritime Museum, London collection. It was probably made for calculating, using the position of the stars and astrological principles for the right moment for acting or decision-making. It is a printed celestial globe made in the Louvain workshop of Gaspard van der Heyden (circa 1496-after 1546) by Gemma Frisius (1508-1555) and Gerard Mercator (1512-1594). It may have been made as a companion to a 'cosmographic' globe, a terrestrial globe combined with the most important stars that is known to have been in production.

The globe is a three-dimensional representation of the wood-cut celestial maps of 1515 by Albrecht Durer (in NMM collections, see G200:1/6A and G200:1/6B). For full details about the cartography and construction of this globe please refer to the related publication.
Back to Search Results
Buy a print License an image
Share:
Link copied to your clipboard!