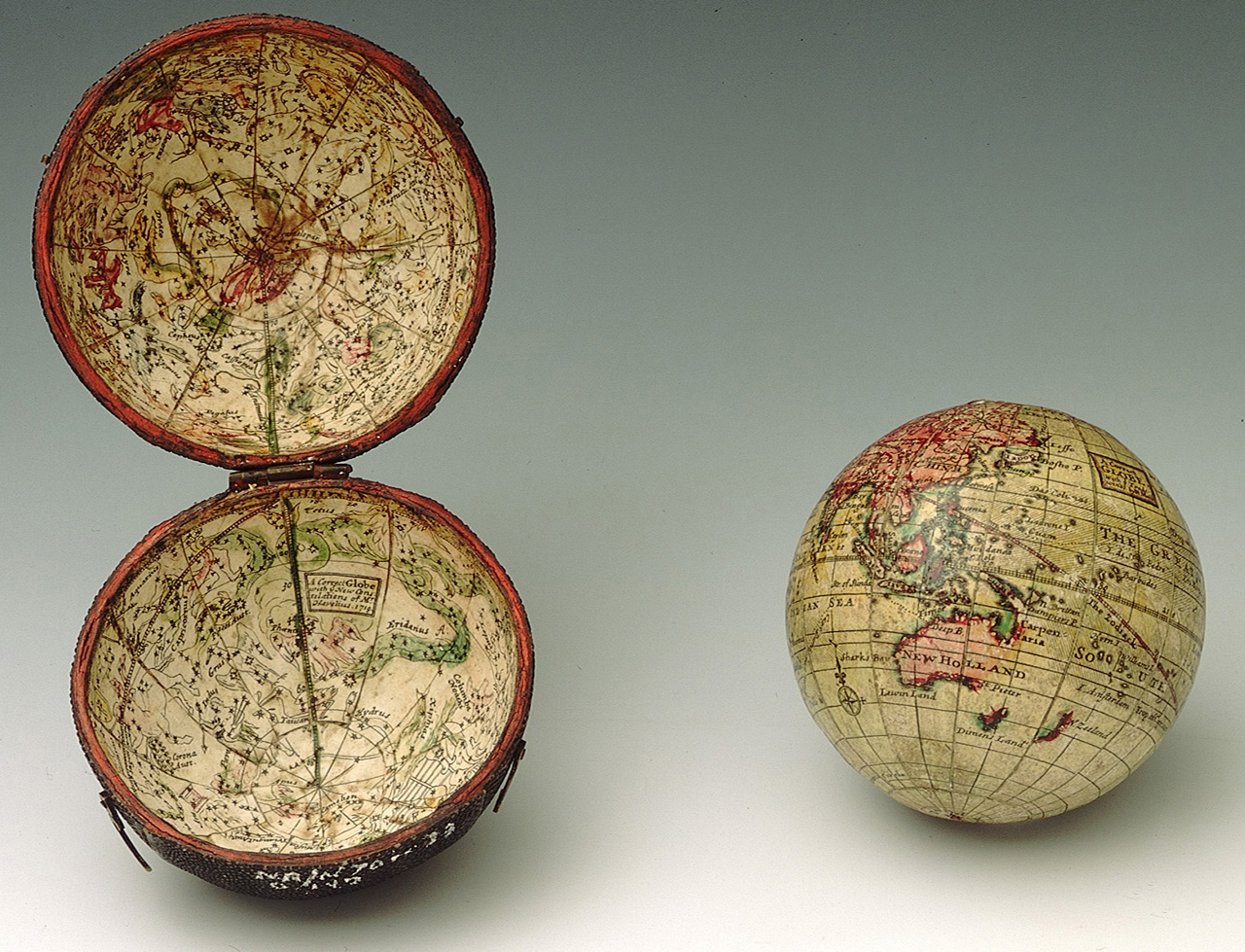 Terrestrial and celestial pocket globe. Geographical details on the terrestrial sphere include hatched ocean regions between the tropics, and trade winds indicated by arrows. There is a compass rose west of Australia, and California is drawn as an island. Both Australia and New Zealand are drawn according to the Dutch discoveries. The tracks of Dampier's voyage is labelled 'Cap.! Damp(ier) tract round ye world'. A total of nine oceans are named.

A later amended edition of this pocket globe was published anonymously in about 1775 (see Anonymous GLB0196). For full details about the cartography and construction of this globe please refer to the related publication.
Back to Search Results
Buy a print License an image
Share:
Link copied to your clipboard!