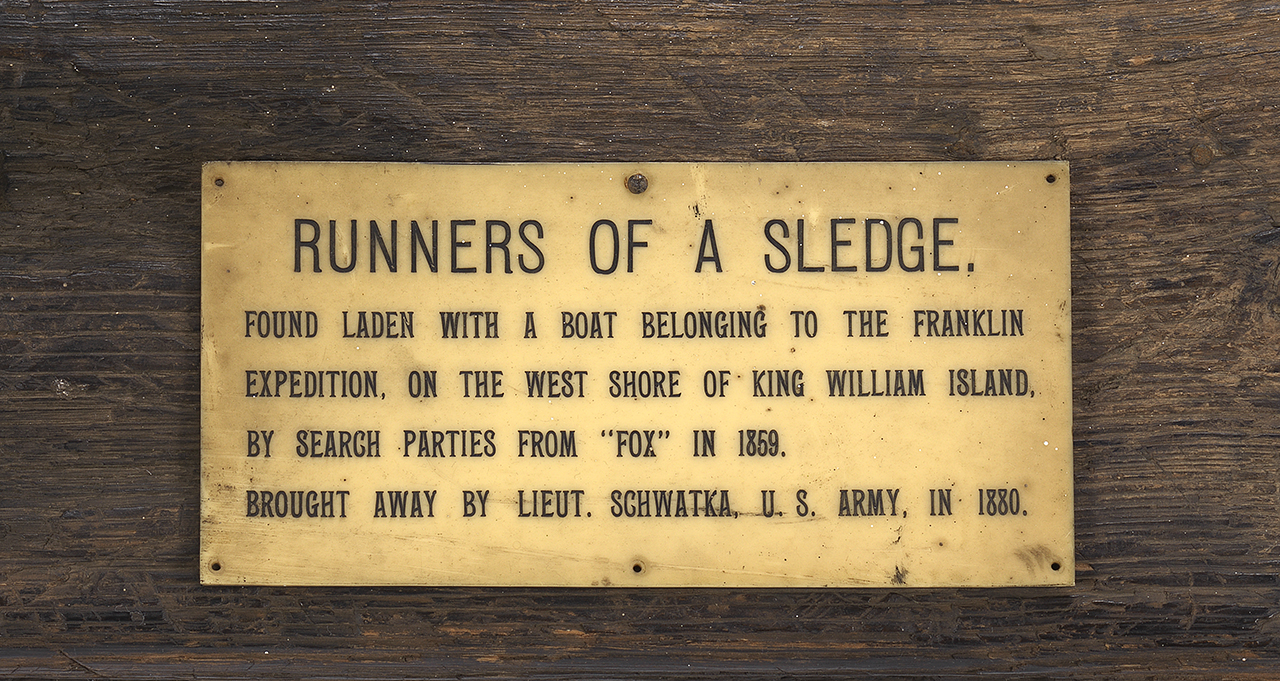 Three pieces from two sledge runners from the boat sledge used on the 1845 Northwest Passage Expedition led by Sir John Franklin. AAA2283.1 has a label nailed onto it stating its provenance and goes with AAA2283.2. AAA2283.3 is a complete runner.