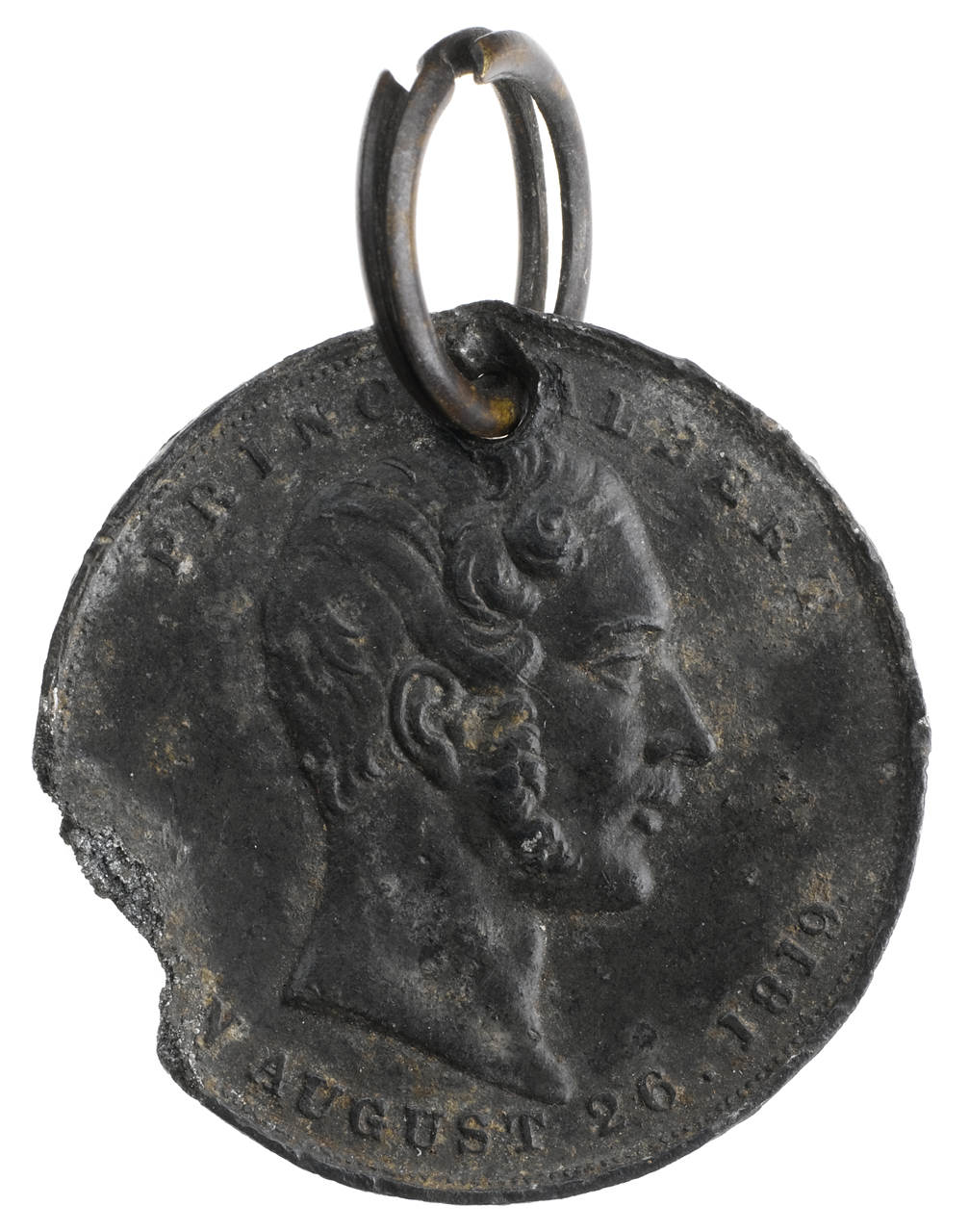 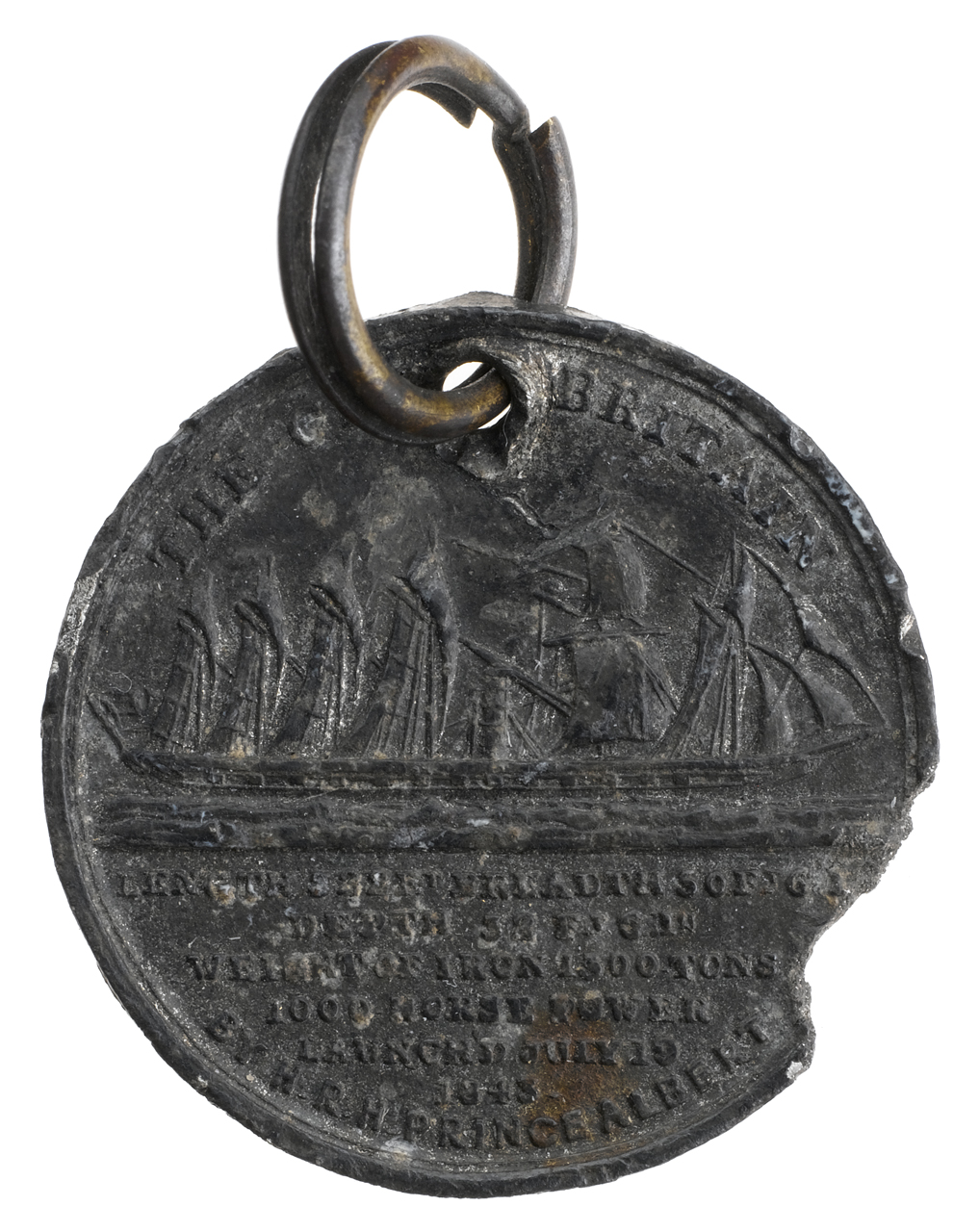 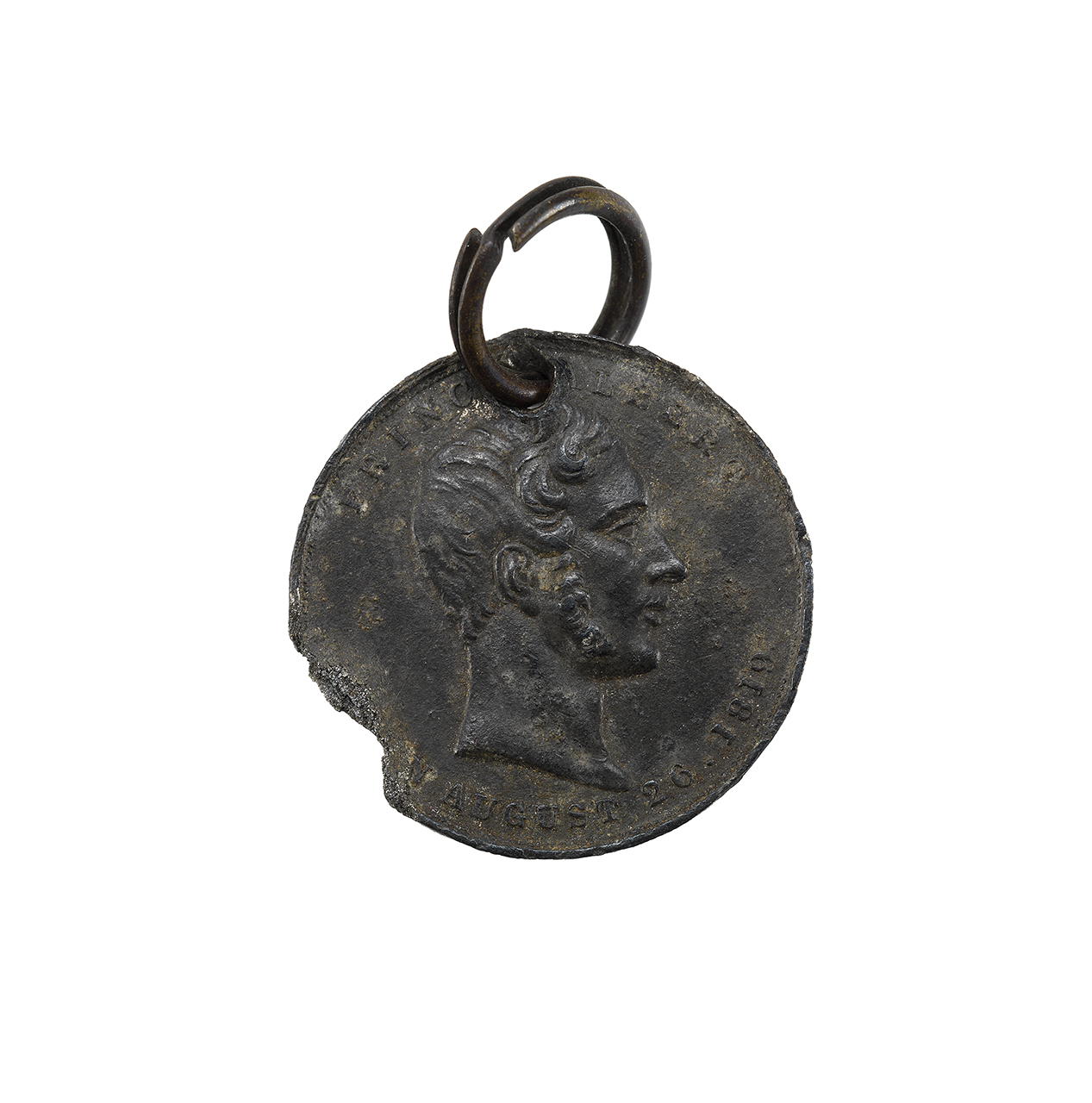 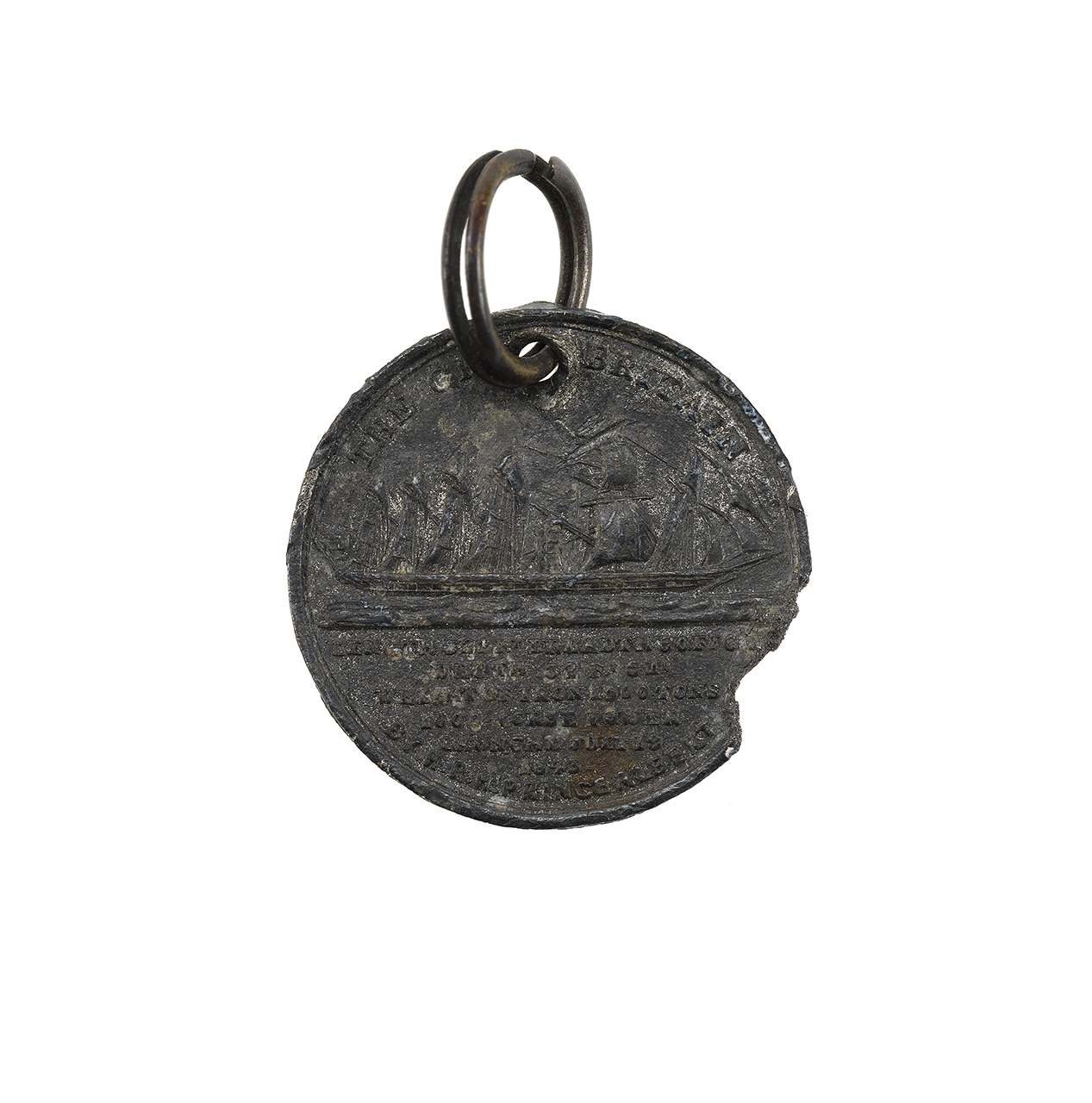 Commemorative medal for the launch of Great Britain (1843)

This item was recovered from Starvation Cove (also called Starvation Bay) at around July 1879 by a party from the US expedition under Lieutenant Frederick Schwatka between 1878-1880. It is described as 'Item 71. Medal found in a grave near Starvation Cove' in the 1881 catalogue of items that he sent back to Britain in 1881 [TNA, ADM 1/6600].

Schwatka's party had split into two. While he remained on King William Island a detached party of Inuit were sent to hunt for themselves and search the mainland following up an account by a man called Ahkgekshewah that a boat and skeletons had been found on the northern coast of the Adelaide Peninsula. The Inuit Joe Ebierbing seems to have been the main one to explore Adelaide Peninsula and Starvation Cove. Henry Klutschak recalled in 'Overland to Starvation Cove' that 'Eskimo Joe more than fulfilled his duty in this area; he had visited Starvation Cove within his first month on the island... shoes, boots, pieces of uniform and button were still lying around... he also found a small silver[sic] medal commemorating the launch of a large English steamer by HRH Prince Albert on 23 August 1843 [sic]' [Klutschak, page 110]. This was the farthest point that the main body of Franklin's expedition reached, having crossed from King William Island to the mainland.

The medal was displayed in the Royal Naval Museum, Greenwich, in 'Case 3, No. 5. 'Medal found in a grave near Starvation Cove'. It was also in Display 14 at the Royal Naval Exhibition at Chelsea in 1891.
Back to Search Results
Buy a print License an image
Share:
Link copied to your clipboard!