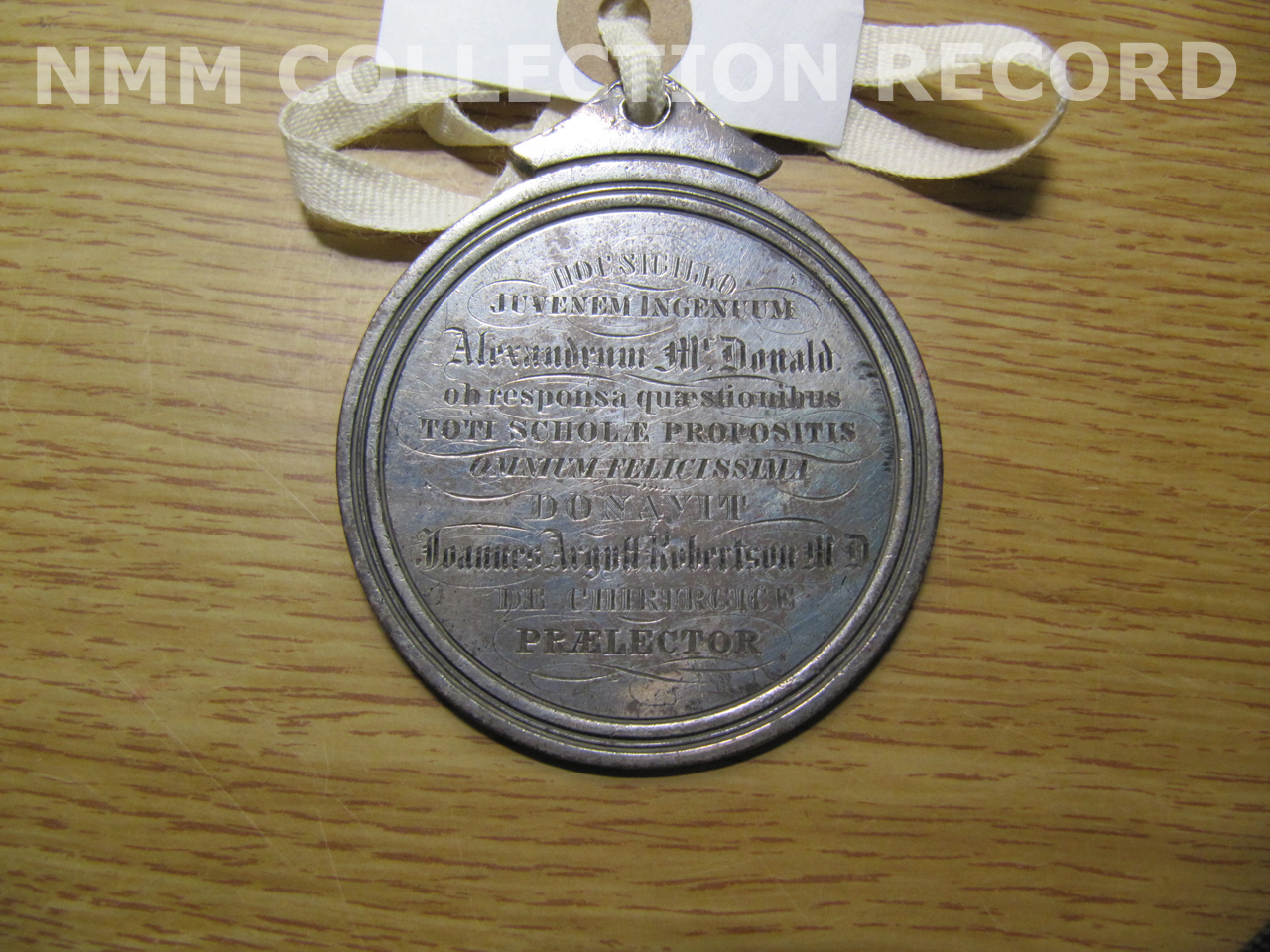 Alexander Macdonald was born at Laurencekirk, Kincardineshire on 13 September 1817. He graduated as licentiate of the Royal College of Surgeons in Edinburgh in 1838. In 1840 he served on a whaling vessel commanded by Captain William Penny and wrote an account of his experiences. Between 2 Sept 1841 and 5 March 1845 he served as surgeon on board HMS 'Belvidera' in the Mediterranean. He was appointed Assistant Surgeon in HMS 'Terror' on Sir John Franklin's last expedition of 1845. The expedition was beset and abandoned their ships in 1848. There were no survivors.
Back to Search Results
Buy a print License an image
Share:
Link copied to your clipboard!